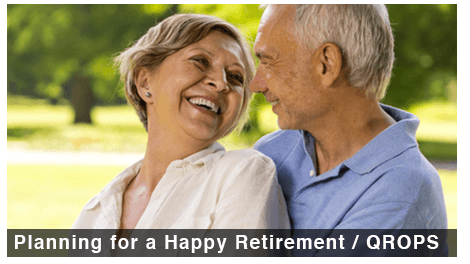 If you ever worked in the UK, no matter what your nationality, the chances are you were enrolled in a private pension scheme. The UK government continues to tweak legislative changes affecting the expat’s ability to move this pension offshore. On the surface, these changes appear to limit transfer options, but in reality they have strengthened the legal framework offering expats continuing advantages.

When you leave the UK, if you have a Final Salary pension, then your fund remains valid but is deferred and any increases will usually be limited to inflation until you reach retirement age. The pension income you then receive is taxable in the UK no matter where you are based in the world, you may be entitled to a tax credit if there is a Double Taxation Treaty in the country you reside. Once you die the pension will continue in the form of a spouse’s pension if you are married; otherwise it will cease. When your spouse dies, all benefit payments come to an end.

With a personal pension, if you take any part of your fund and then die before you fully retire, a lump sum can be paid to your spouse. Although this is exempt from inheritance tax there is a special lump sum benefits charge, also known as “death tax”, payable on the remaining fund. This is at the rate of 55% of the benefit amount, although the recent budget changes have advised that this is likely to be reduced in the near future.

In April 2006 Her Majesty’s Revenue and Customs (HMRC) introduced pension ‘A’ day. This liberalised UK private pensions and allowed people leaving the UK to transfer them overseas, often to a new employer. In doing this the UK complied with European legislation which allows all citizens the freedom of movement of their capital. Thus ‘Qualified Recognized Overseas Pension Schemes’ (QROPS) were born.

QROPS are not necessarily the right thing in every single case. In order to decide whether it would be advantageous to transfer your pension or leave it in the UK, with the intention of drawing the benefits in retirement, please contact me so that I can carry out a personalised evaluation. There may be compelling arguments, outside of the evaluation alone, which are often overlooked and may affect you in the future.

One of these is that a large number of UK schemes are currently in deficit to the point that they will be unable to pay future projected benefits. This would mean that even though it looks as though there are arguments to leave your UK pension in situ it may actually be wiser to transfer it.

In order for you to make the best decision you need professional advice on what would be the best solution for you. This will entail seeking details of the current UK schemes, including transfer values, the types of benefits payable to you and options going forward when you get to a retirement date and when you die.

I have detailed below some advantages & disadvantages of a QROPS pension transfer, using the jurisdiction of Malta as a reference point.

If you transfer your benefits under the QROPS provisions to a Malta provider, in accordance with the rules of this jurisdiction, you may be able to take a pension commencement lump sum of up to 30% (unless you have already taken this lump sum from the UK pension). Under the current HMR&C (Her Majesty’s Revenue and Customs) rules to qualify for the lump sum option you must be age 55 or over. Your remaining fund is then used to generate an income without having to purchase an annuity. The 30% pension commencement lump sum is only available once you have spent 5 full consecutive tax years outside of the UK (in terms of tax residence), if you are within the first 5 years, we strongly advise you to limit the pension commencement lump sum to 25%.

2. No Liability to UK Tax on Pension Income

A non UK resident drawing a UK pension remains subject to UK tax on the income, unless he or she resides in a country that has a Double Tax Treaty (DTT) with the UK, which contains an article on pensions that exempts the pension from UK income tax. Transferring under the QROPS provisions ensures that, if tax is due on pension income, it will only be taxable in the country of your residence.

3. No Requirement to Purchase an Annuity

There is no longer a requirement to ever purchase an annuity with either your UK pension or in the event you make a transfer under the QROPS provisions.

Whilst the UK Government changed its pension rules in April 2011 so that you can now delay taking your pension indefinitely, in the event of your death after age 75 you are treated as if you had already taken benefits (whether or not you have actually done so) and there would be a 55% tax charge on the funds paid out to heirs. With a Malta QROPS there is still no need to purchase an annuity, however you must start to draw an income from age 70. The Pension commencement Lump Sum must be taken by this age or the option to take it after this age is lost.

Some defined benefit schemes in the UK are in deficit. Since the deficit forms part of the balance sheet of the company, this can present a huge risk to your pension fund. Transferring your UK benefits under the QROPS provisions could enable you to have full control of these funds without worrying about the financial situation of your previous employer.

Standard UK pension legislation significantly restricts the member’s ability to leave the pension fund to their heirs on death, except if death occurs before age 75 and no benefits have been paid to the member. Otherwise if a member has started to draw benefits prior to age 75, the remaining fund can still be paid as a lump sum to heirs, but less a tax charge equal to 55% of the lump sum (increased in April 2011 from 35%). If the member dies after age 75, then the tax charge remains at 55% (reduced in April 2011 from 82%) whether or not the member has received any benefits.

A transfer under the QROPS provisions will allow the member to leave lump sums without deduction of tax to heirs as can be seen more easily from the table below.

This table is based on the aim of paying out the remainder of the pension fund as a lump sum death benefit. There may however be other options than providing a lump sum death benefit.
*This is based on the remaining lump sum being paid out as a death benefit. A spouse could transfer the pension into their name and continue the income drawdown.
**There is an option of phased drawdown where you could take part of your PCLS allowance and part income. The remaining portion of the fund that you have not taken the PCLS or income from could continue to be paid out with no tax up to the age of 75.
***There will be no tax up to the age of 75 if you have not taken any benefits from your plan.

A standard UK pension will usually only be invested and pay benefits in Sterling, which means the member runs an exchange rate risk in respect of pension income, in addition to incurring charges in converting the pension payments to the currency of their country of residence.

A transfer under the QROPS provisions means that the pension payments can be made in the local currency, thus potentially eliminating exchange rate risk

This is a restriction on the total permitted value of an individual’s total accrued fund value in UK registered pensions, currently £1.5m. Those who exceed this value face a potential tax liability of 55% on the excess funds on retirement at any time when there is a “benefit crystallisation event” that exceeds the LTA. A benefit crystallisation event is any event which results in benefits being paid to, or on behalf of, the member and so includes transfer values paid to another pension scheme, as well as retirement benefits.

There is no LTA within a QROPS so transferring larger plans to a QROPS may not be caught in this reduction in the future. Careful planning will be needed with your adviser if you are close to the limit in the UK.

If you have a pension(s) with a combined transfer value of less than £50,000 then the charges may be prohibitive.

A transfer under the QROPS provisions may result in the loss of certain protected rights, including Guaranteed Annuity Rates, Guaranteed Minimum Pension, a protected enhanced lump sum, or rights accrued under a defined benefit scheme. (These are shown in the section “Analysis of Your Existing Pensions”).

3. Returning to the UK

If you return to the UK, then the QROPS administrator will have to report this ‘event to HMRC and the pension scheme will become subject to UK pension regulations again.

If it is your intention to return to the UK in the near future then a transfer under the QROPS provisions is usually inappropriate.