I always had a penchant for entertaining so after graduating high school it made perfect sense to study accounting. Which, I will say, I ended up being really good at despising.  A great career choice, just not a match for me.  If I were to be honest, I felt more alive telling bathroom jokes at the dinner table.  At the time, comedy did not feel like a realistic option so I put out that flame and went with the next best thing.  I became a teacher.

After graduating from Masters of Teaching at the University of Calgary, I moved to Spain.  The year was twenty-ten, the economic crisis was in full swing and there I was all starry eyed with a one-way ticket.  There was no real plan in place, just a strong desire to do something interesting with my life.

I easily found work teaching English.  Educating is one of my vocations so things were looking good. Every day I had a stage and an audience (I mean students), along with a creative outlet and job security.  There was only one minor pesky detail: the teaching of English part.

You see, while I am highly qualified at being born in an English-speaking country, I know very little about the language itself.  Did you know there are four conditionals?  That just feels excessive and what is the deal with people asking me about the relative clause?  I am not even related to Santa.  The situation was clear, I did not want to teach English and I was adamant about living in Madrid. To stay, did I have a choice?

Unbeknownst to myself, teaching was actually bringing me closer to my dream career: Comedy Woman (yes, it is a job). You see, I used the skills I developed in the classroom to launch onto stage.  Education led to stand up which led to hosting a weekly open mic which developed into sketch comedy shows. Everything leads somewhere when you are open to the possibilities.

Turns out, we all have choices and when we create our own opportunities we have even more! Plant seeds in the field you want to work and trust me, one day they will grow and thrive in unexpected ways.  Like the surprise encounter with Sevillian comedian Fernando García-Torres.  Enroute to New York City, he reached out to practise his monologue in English.  After fifteen years mastering comedy in Spanish, he was ready to up his game and venture into another language.

One thing led to another and before we knew it, we became TYF Comedy (Tricia & Fernando) with a brand-new show on Gran Vía! Live Story: Comedy Shorts in English is a mix of sketches and stand up based on experiences lived here in Madrid. To top things off, Live Story is the very first show in English at La Chocita del Loro, one of Madrid’s most celebrated comedy clubs.

This city is primed and ready for more comedy in English.  Now that that flower is in full bloom, onto watering the next – guiding people past their fear of English and what better way than with the international language of laughter.

Tricia is playing at La Chocita del Loro on Gran Via on the 4th December. For tickets https://www.atrapalo.com/entradas/live-story_e4838057/ 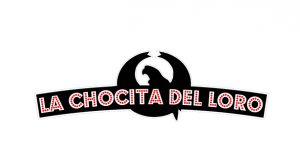 Madrid Financial Planning With Chris Webb – “The Show Must Go On”