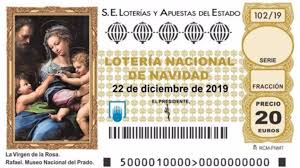 EL GORDO – This year the Spanish Christmas Lottery will award nearly 2.4 Billion Euros in prize money. Kris Sinclair Christian takes a closer look at the oldest and most celebrated lottery in the world. 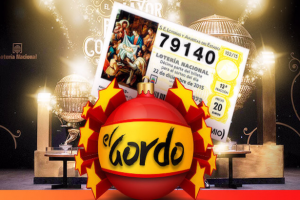 It’s a tradition stretching back centuries. Almost every working Spanish family fits their numeros  into the Christmas budget and eagerly await the 22nd December lottery draw in expectation of winning “the big one”.

The origins of the lottery go back  to Carlos III,  also known as Madrid´s greatest mayor whose reign brought about a lot of reforms in the field of art and commerce.The king came up with the idea of the Yuletide lottery following one of his visits to Italy from whence he came, as a way of filling the coffers of the state treasury rapidly.

The first draw took place in Cadiz (Madrid was in the hands of Napoleon) on 22nd December, 1812 and the date has remained fixed ever since. During the Civil War the lottery was drawn in Valencia.

Months before the draw hopeful people patiently line up in front of the administraciones – points of sale, mainly in big cities to purchase a tickets. Lottery vendors sell tickets or décimos  ( being a tenth of the value of a ticket) which costs twenty Euros plus a commission to the vendor. The actual ticket cost is €200 and to make it more affordable 10 pre-printed tear-apart sheets of 10 identical sub-tickets are sold.  Many family, friends as well as your local bar will sell a participacion (a part of the lottery – that could be divided and subdivided to create hundreds if not thousands of participants for each ticket).

Months before the draw students at the San Idelfonso School (founded in 1543 by Carlos V)  are chosen to form the group who will be singing out winning numbers in a chant. Originally the  young participants were orphans – usually boys until 1984 when Mónica Rodriquez became the first girl so that today there it is a mixed group singing out the winning numbers.

These elegantly attired and beaming youngsters begin to chant numbers at 9 a.m on December 22rd  from the Teatro Real and which is beamed live across the country. The camera captures the 10,000 metal balls circling rapidly almost making up the 5-digit numbers required to make the winning sequence of numbers  ( from #00000 to # 99999). Since this system only produces 100,000 unique ticket numbers, each ticket number is printed multiple times, in several so-called series (series). The series is also identified on each ticket by a series number.  Hence “Series 001 Ticket 00000” through “Series xxx Ticket 99999” etc to increase the number of winning sequences…and odds of winning!.

The race is then on for local tv crews to find the winners across the country – cava is popped and the celebrations begin –  for the losers the commiseration of one last try for the El Niño – on the Epiphany of 6th January. 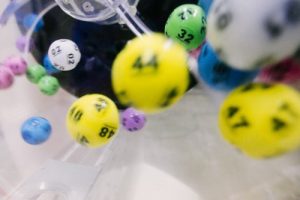 Where to buy your “ lucky”  lottery ticket in Madrid?  –  Doña Carmen , Calle del Carmen 22 loteriamanolita.com .- already the queue is around the block.

Born Manolita de Pablo (1879-1950) the charming and charismatic young lady opened the first administration  San Bernardo at age of 25 in 1904. Tall and stately garbed in a striking outfit and donning a multi-colored shawl Manolita stood behind the counter for myriads of hours attending to folks who came from all walks of life. Her megawatt smile and gentle voice brought many patrons who were fortunate to win large sums of money.

She came to be known as The temple of the Goddess.

Manolita also made frequent trips to the Basilica de Nuestra Señora del Pilar in Zaragoza taking along some of her favourite numbers to pray and to seek kismet for her patrons.

During her lifetime as a lotera – lottery vendor- 26 jackpots were distributed. When she passed on the branch at Puerta del Sol (next to La Malloquina – the pastry shop)) came to be known as La Hermana de Doña Manolita and was run by her sister Carmen who in turn made it over to her son.

In 1973 Carmen Galvez de Pablo, Doña Manolita´s niece was in charge of the lottery store. Lastly, it was sold to another family in 1987 who have to this day – and the luck continues……..