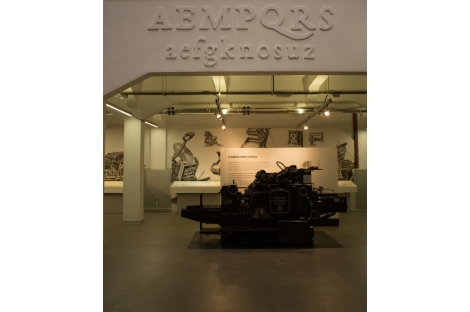 An idea, whether advantageous or damaging to society, is not powerful until it’s distributed, until it’s put into a form which allows for mass acknowledgement and use.  When the idea becomes powerful, it becomes unstoppable until another idea improves or supplants it, or it gets regulated because it becomes harmful.  One of the media’s jobs is to publicise ideas that become noteworthy, informing the news to an ever-increasing global audience.

As we delve deeper into this globalised world of news, one invention stands out at the starting point of it all, considered one of the greatest inventions of the second millennium: the printing press.

The printing press was invented by Johannes Gutenberg in the 15th century.  He combined pre-existing technologies with his own developments to build the first Gutenberg press, using a screw press, which was invented by the Romans in the 1st century for the production of wine and olive oil, to press the lead-alloy characters onto paper.  The screw could be reset easily, another sheet of paper inserted, and a carbon-copy impression would be made.  Within a few decades the revolutionary invention had spread across Europe resulting in millions of prints by the start of the 16th century.  The media, still known as the Press today, took its sobriquet from the mechanical process of early printing.

At the start of the 19th century, with the forthcoming advancements of the industrial revolution, the hand-operated screw press was essentially unchanged until German printer, Friedrich Koenig utilised steam power for the running of the mechanics and replaced the flatbed with rotating cylinders.  The first trial of Koenig’s steam press took place in 1811 and within a couple of years, The Times of London had bought two of the machines.  Each machine had a capacity of 1,100 impressions per hour.
Richard M. Hoe made further innovations and in the 1840s introduced the steam-powered rotary printing press.  The type was positioned on a revolving cylinder with a continuous roll of paper fed onto it, resulting in rapidly increased production.

Throughout the evolution of the printing press literacy rates increased.  In 2011, UNESCO’s Institute for Statistics figures showed an 84.1% literacy for adults and 89.5% for youths globally whereas, it’s believed, 80% of English adults could not spell their name before Gutenberg’s press.

To experience a viewing of these magnificent machines visit Imprenta Municipal-Artes del Libro.  The centre provides a detailed look into the history and evolution of the industry.  The main hall is packed with printing presses, with one of its many impressive examples being a reproduction of a manual press which would have been operational during the 16th century.  A guided tour is available when pre-booked, starting with a short video,  after which one of the informative guides takes groups around the main hall.  The tour also includes a demonstration of book-binding techniques from centuries past.

Tours are run in the mornings and afternoons.  Both individuals and groups are welcome, with a minimum of five and a maximum of twenty people.  The guided tour is free, and free entry to the centre, without the tour, is also available.

The centre runs free workshops on printing, and graphic arts, including demonstrations of calligraphy, traditional typography and various printmaking techniques.
Also well worth checking out is ‘The Court of Letters: Miguel de Cervantes and Madrid in his time’, a temporary exhibition running until the 23rd April, located on the first floor.  The exhibition looks at Cervantes’ Madrid and chronicles the history and changes of the city during his time. 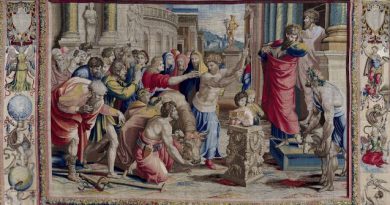 Rafael In The Palace Exhibition 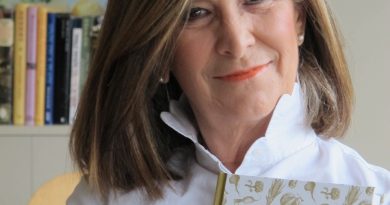 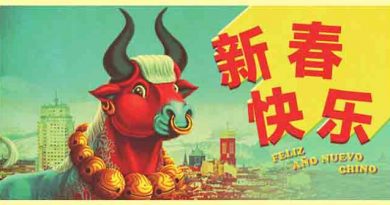