If you were asked which football club plays in a classic all-white strip and has Vicente del Bosque and Rafa Benítez amongst its former managers, your answer would almost certainly be Real Madrid.  However, if the question also included the words ‘and is highly unlikely ever to play in La Liga’, your response may require more thought or not be forthcoming at all.  In fact, with that final clause, the answer becomes Real Madrid Castilla, the reserve side.  The club’s primary function is to nurture and develop young players for the first team, yet its operating restrictions and fluctuating fortunes provide a curious story. 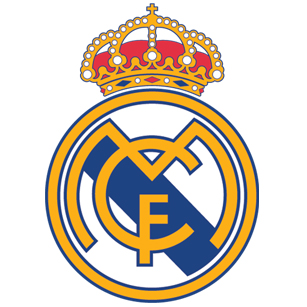 City limits
One way that the Spanish football system differs from the UK is that reserve teams are not separated into leagues of their own.  They play in the regular leagues, with the only stumbling block being that they are not permitted to reach the same league as the club’s first team.  As Real Madrid is, and will undoubtedly always be, in La Liga, the highest point to which Castilla can climb is the second division.  The club has been at that level several times, most notably from 1978-90, during which time it was known as Castilla CF.
The team’s oddest story occurred in 1980, when Castilla reached the final of the Copa del Rey, having beaten a number of first division clubs to get there. The game probably drew little interest outside the capital as Castilla’s opponents in the final were Real Madrid.  In English terms, this would be like Chelsea playing Chelsea Reserves in the final of the FA Cup.  Real triumphed 6-1, and the story would have ended there, except Real also won the league title and therefore qualified for the European Cup.  Consequently, as losing cup finalists, Castilla found itself in the European Cup Winners Cup, with an attractive draw against West Ham United.
Castilla won the first leg 3-1 in the Bernabéu, but strangely also wrote itself into the West Ham history books.  In the Madrid home game, crowd disturbances amongst the West Ham support meant the return leg at Upton Park had to be played behind closed doors.  As only a small number of official staff were allowed to see the tie, a silent atmosphere prevailed in the stadium, and it became known as the ‘ghost match’.  Castilla’s European dreams ended after losing 5-1, and the attendance of 262 remains West Ham’s lowest for a competitive game.

The vulture has landed
Following its European adventure, the presence of Real Madrid in La Liga prevented two well-deserved promotions.  Castilla won the second division championship in 1984, and finished third in 1988.  The 1983-84 season also saw the ‘quinta del buitre’ (vulture’s cohort) come to prominence.  The nickname was given to five players who rose through Castilla’s ranks to become the backbone of Real Madrid’s team that won five consecutive league titles from 1986-90 – Emilio Butragueño, known as ‘the vulture’, Manolo Sanchís, Martín Vasquéz, Míchel, and Miguel Pardeza.
According to Butragueño in an interview in 2005, prior to their move upwards to the first team, Castilla were sharing the Bernabéu stadium with Real Madrid, and a dry spell in Real’s fortunes together with success for the reserves meant that Castilla’s games were actually getting a greater attendance.

City of dreams
Sharing a stadium has never been an issue since 2005, which saw the opening of the Ciudad Real Madrid, a €100 million training facility and home to Real’s development system.  Based in Valdebebas, just north of the IFEMA congress centre, the enormous complex contains everything a modern football club could desire, including 2,000m2 of space to accommodate the press and media, ten football pitches, and a hydrotherapy centre with four swimming pools, a sauna and a Turkish bath. The whole site covers 1,200,000 m2, of which only about 20% has been utilized at present.  To put the size in perspective, it would hold 40 Bernabéu stadiums, and more than 900,000m3 of earth was removed for its development.

Climbing high
Real’s youth system has long been known as ‘La Fábrica’, or ‘the factory’, on the basis of producing future players, and whilst Real Madrid Castilla represents the final rung towards a potential first team place, a long ladder extends below it. Talent spotting starts young, with the first step being the wonderfully named prebenjamín (‘pre-youngest’) team for those aged between 6-7 years, followed by eight further age-related teams before three juvenil (youth) sides offer places for 16-18 year olds. Castilla players are generally aged 19-22.
There has been criticism that the youth system is now being under-utilized by Real Madrid’s tendency to purchase established players for sums that would make lottery winners jealous, yet Raúl, Guti and Iker Casillas are amongst those who have stepped up in the recent past.
Castilla’s ground, the Estadio Alfredo di Stéfano, is part of the Cuidad complex.  The new 6,000-seater stadium is a reasonable walk from Campo de las Naciones metro, but with tickets starting at €10, it’s a great chance to catch a glimpse of some potential stars of the future.  Having spent the last two seasons in the ‘B’ tier of the second division, promotion back to the second division proper looks more than likely at present.