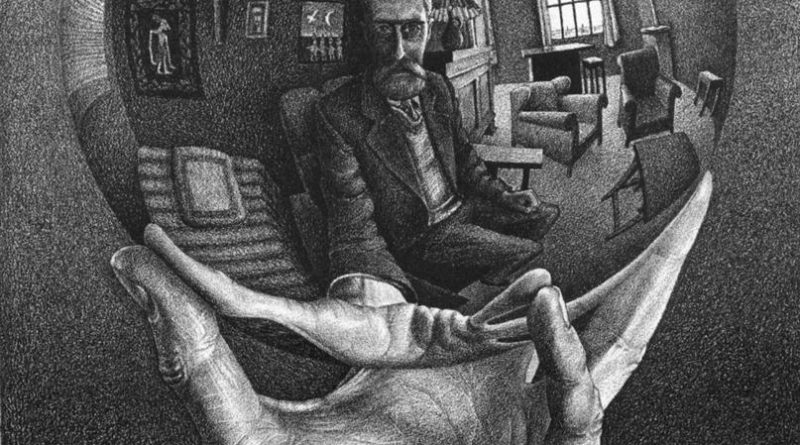 Having been extended to allow for more visitors, this highly popular exhibition, which has already fascinated over a hundred thousand people since opening its doors this February, finally comes to a close on the 24th September. Recalling the work of the Dutch surrealist, Maurits Cornelus Escher, it has also proved an international hit, having drawn huge numbers in several major Italian cities.

Held in the recently re-opened Gavira Palace, itself a work of architectural beauty, the exhibition explores the output of one of 20th century’s most fascinating figures in art and mathematics and includes various interactive installations and other educational activities, as well as displaying the artist’s major works. Don’t miss your last chance to see this absorbing exhibition in its stunning surroundings.

Pitingo, the heartbreaking voice from Huelva who forged his international career in Madrid more than a decade ago, returns to showcase his brand of flamenco-soul in his latest production, Soul Bulería and More.

Tickets are still on sale for this show, which runs for another few days at the Teatro de la Luz Philips on Gran Vía. In addition to the man himself, a carefully selected range of star performers from the world of pop, flamenco and gospel are accompanying him and contributing to his trademark American style.

Tickets start from €20, with a limited offer of a further 30% off on patio seating between 15th and 17th September. See their website for details.

Get ahead of the pack and discover the fashion trends for Spring-Summer 2018 during the second of Madrid’s annual fashion weeks. This twice-yearly event showcases the latest creations by both established and hot new names in fashion from around the world. The runway events hosted at Feria de Madrid will also present collections by numerous bigfashion names from Spain, including Ulises Mérida and Agatha Ruiz de la Prada,amongst many others. Consult the IFEMA website for more details.

The match promises to be a nail biting clash, as both teams fight to maintain the top position in the Champions League group classification.

In another week dedicated to design, this series of tours, exhibitions and talks explores the world of architecture and urban development, with the goal of raising awareness of their value to society.

Run by the COAM (College of Architects Madrid), via the COAM Architecture Foundation, in conjunction with Madrid City Council and the Community of Madrid, this annual festival also aims to encourage greater international collaboration by inviting a different city each year. This year, the city is Paris, and with the involvement of the French Embassy in Madrid, the French Institute and the Alliance Française, the event will be analysing urban development and heritage protection using examples from both Paris and Madrid.

Last year, over 200, 000 people participated in events related to Architecture Week, which centres around the headquarters of the COAM on Calle de Hortaleza, but also takes place in various buildings and universities around the city. All visits are free after registration, which can be done from the 20th September onwards, on the dedicated page of the Visit Madrid website.

This weekend, Madrid opens itself up to become a capital of Modern Art in the 8th ‘Apertura’ gallery weekend, in which galleries and museums collaborate to open exhibitions at the same time, with the aim of bringing contemporary art closer to the general public and spreading the reputation of Madrid’s art scene.

It is organised by the 46 galleries across Madrid, who make up the association ‘Arte_Madrid’, regularly taking part in well-known and prestigious international fairs, such as Art Basel, Frieze and more. The event attracts collectors, experts and curators from around the world.

More detailed information is available on the Arte_Madrid website.

On 23rd September, the Teatro Real will be presenting an orchestral concert of film scores, designed to entertain the whole family. The programme will include classic soundtracks from well-known films, such as Beauty and the Beast, Harry Potter, Star Wars and Indiana Jones. Tickets start from €15 and are on sale via the Teatro Real website.

Currently running, this festival aims to celebrate the ‘Golden Age’ of Spanish literature and art, through a range of events and activities being held along the well-known book market that backs onto Retiro Park.

In addition to plays and music, running from morning until night, families with children will also be able to enjoy puppet shows on Saturday and Sunday mornings. There are also a variety of craft and food stalls, wine and juice bars, and cocktails and ice creams, as well as a Venetian carousel marking the entrance to the fair.

Always somewhat early in Madrid, Oktoberfest 2017 is coming to town from 21st September until 1st October, this time at the new venue of the Vistalegre Arena in the Carabanchel neighbourhood.

The event, as usual, will include Bavarian speciality food and beer, served up by waiters and waitresses in traditional dress, all accompanied by live music. Paulaner Oktoberfest Bier will be served, being one of only six Bavarian beers certified for sale at Oktoberfest events. Entrance to the festival is free.

On an annual basis, the Official Association of Architects of Madrid displays winning images from the World Press Photo exhibition.

This year’s exhibition of images taken in 2016 shows all 143 of the photographs selected from the 80,404 photos submitted by press photographers from all over the world.

The winning photo this year is the stunning An Assassination in Turkey by the Turkish photojournalist, Burhan Ozbilici on behalf of the Associate Press agency, capturing the moment immediately after a 22-year-old off duty policeman assassinates the Russian ambassador at an art exhibition in Turkey.

Entrance fees range from €3 on Mondays to €7 for a ‘fotofan’ ticket, which allows you to visit on two separate occasions. The ‘Colegio Oficial de Arquitectos’ can be found at 63 Calle Hortaleza.

The Teatro Real has a lot to celebrate this season, as it approaches the 20th anniversary of its re-opening in October 1997, and the bi-centenary of its foundation, which took place in April 1818.

These celebrations are being launched with 9 performances of Lucio Silla, Mozart’s Italian Opera in three parts. Claus Guth, who returns this season after recent successful productions, is directing it in conjunction with Mozart expert, Ivor Bolton, who is also celebrating 10 years as Teatro Real’s musical director with this, his 10th opera for the theatre.

This internationally-renowned production, which is performed by two different casts and set in Ancient Rome, has previously been shown in Barcelona’s Liceu theatre and debuted at the Weiner Festwochen Festival in 2005.

Tickets start from €12 and can purchased direct from the Teatro Real’s website.