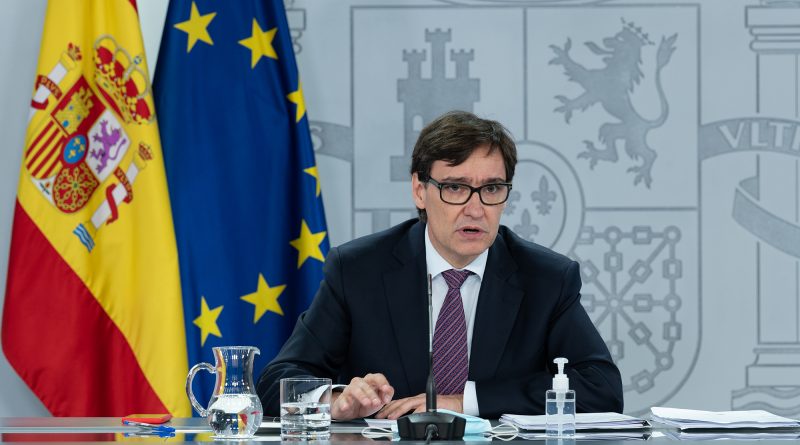 The rift between the Madrid regional government and the central  government widened significantly over the weekend with the intervention of the Spanish minister of health Salvador Illa, calling for a regional lockdown to combat the spread of the coronavirus.

The minister said that the central government is “very worried about the situation in the Madrid region” and that there was a “serious” possibility of the virus spreading further to “neighbouring regions.”

He went on to say that “it’s time for proper action and to take control of the pandemic in Madrid with the aim of flattening the curve.”

Madrid is presently the epicentre of the Covid 19 second wave with an average infection rate of 746 per 100,000 inhabitants against a national average of 319 per 100,000 which is itself the worst rate in Europe.

The PP led Madrid regional government has introduced partial lockdown measures in 45 of the regions 286 “basic health areas” where the infection rate is over 1,000 per 100,000.

However the central government has called for lockdowns in areas where infection rates are over 500 per 100,000 which would effectively apply to the vast majority of the capital and significant number of areas in the wider region.

The health minister called for ” proper action and to take control of the pandemic in Madrid with the aim of flattening the curve.” which as led to increased speculation that the central government may intervene in some form including invoking article 155 of the constitution which was last used to quell the situation in Catalunia.

But the regional head Isabel Díaz Ayuso has rejected calls for wider lockdown measures in Madrid and called on the government to introduce testing for arrivals to Barajas airport as well as the mainline train stations of Atocha and Charmatin.

She later tweeted that a full regional lockdown would be a disaster for Madrid and would put back any economic recovery still suffering from the three month national lockdown of March to June.

The health situation in Madrid remains serious but there are signs that the rate of new infections has slowed although there has been an increase in the hospitalisation rate being  40% of ICU beds presently occupied by Covid 19 patents which is double the national occupancy rate of 17.17%.