Grupo Bang Bang has its origins in a road trip. I was finishing a PhD in literature in Arizona when Claudia Ruiz, an actress from Madrid who I had no way of knowing I would one day marry, came to visit. Before going the academic route, I had worked in more bars and restaurants than I cared to remember. I had been a barista, a bar back, a bartender, a waiter, a cook, a “sandwich artist,” and a soda jerk as I worked my way through semester after semester. Claudia had also held an endless string of hospitality jobs in Spain and England as she worked her way through acting school. 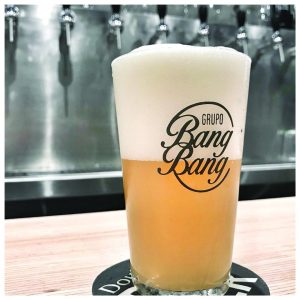 On that trip, we spent a month driving around the Southwest, then heading slowly back towards Chicago where I grew up. As veterans of the hospitality industry, everywhere we went we ate… and ate… and ate… During the trip, I watched as her ideas about American food and American culture expanded, and my own eyes were opened to just how rich was the culinary landscape of the country I called home. Yes, there were hamburgers and hot dogs and pizzas (Nothing wrong with that!)… But it was more: the mixture of Latin, African, and Asian flavors with the European made for a vibrant, global kitchen that was a far cry from the fast food that so many Europeans associated with the perceived cultural desert of the US. 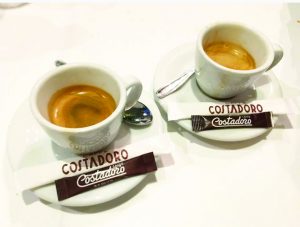 A couple years later we were married and living in Madrid. I was teaching literature part time, and Claudia continued to act, but we were also part of the team that founded Tierra Burrito bar. For us, Tierra was a short-lived experiment. We learned a lot from opening Tierra, and we have endless respect for what their team has developed it into, but we had to plot a different course. We wanted to share the experience of that first trip across the US in which we both fell in love with the sheer breadth of the American kitchen.

The vibrant Latin, Asian & European flavors were a far cry from the fast food associated with the perceived cultural desert of the US.

We decided to focus on a series of one-off projects that were oriented around craft beer, vegetarian as well as carnivorous options, and spaces that made room for cultural events such as a poetry night, a bluegrass jam, a bilingual quiz, and exhibits for emerging photographers and painters. What we really wanted were cultural spaces where simple American-inspired food and beer were a compliment to multicultural communities of writers, actors, musicians, photographers and artists.

Our first project in common, The Toast Café, opened in 2011. It is a small café dedicated to breakfast, brunch, burgers and beer. We followed that up with Roll Madrid, a tap room with a beer brunch and a menu of American classics like Chicken and Waffles in 2013. Next, in 2015, came Slow Mex, an homage to the taquerias of Chicago. Finally, in 2018, we launched The Village Tap Room, a behemoth with 24 taps of craft beer, a menu of beer-friendly classics, and a small stage for readings and presentations. Along the way, we also began to brew our own beer, Bang Bang Brew, in a small brewery near Segovia. In 2016 we added Marc Kildea as a partner and together we are slowly building a restaurant group that is focused on serving local products while also serving as a positive force in the community by supporting local organizations and local artists.

The heart of the group is craft beer and locally produced food. We love craft beer because it gives us the opportunity to know the people who make what we sell. We know the brewers, the distributors, in some cases even the farmers who are growing the ingredients. It is rewarding to be involved with products that comes from our region, our city, or even our neighborhood. We feel lucky to bring awareness of American food to Madrid, while at the same time putting a spotlight on locally made products. In all of our locations, we take our mantra seriously: Feed Your Soul!