As well as for the Spanish economy, the current coronavirus crisis has proved to be a complicated storm to weather in terms of corporate reputation. While some businesses have played an important role in helping to combat the Covid scourge, others have seen their image tarnished, and may face falling sales on the other side of the lockdown. 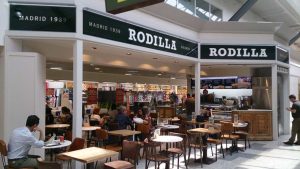 In Spain, both Rodilla, a company founded over 80 years ago in Plaza de Callao and whose sandwiches are a staple part of many a Madrileños lunch and Telepizza, whose first store opened in the El Pilar neighborhood in 1989, and which today has grown to be Spain’s biggest non-American pizza chain, fall into the latter category.

Their problems began when the Community of Madrid announced the closing of all schools in early March, leaving 11,500 students who depended on the school lunch as a main source of nutritional intake, in a somewhat precarious situation. When initial negotiations with the catering companies that normally supplied school meals failed to come up with a solution, the community turned to Telepizza and Rodilla, who immediately began preparing menus, which could be collected at their stores, or in some cases delivered to households. 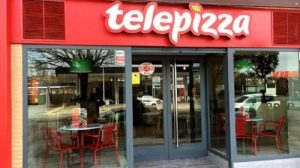 The outcry was swift. The central government initially resisted approving the deal but soon relented as it became clear no other option was being considered by the regional authorities. Parents and nutritional experts questioned the logic of substituting highly processed meals low in nutritional value for a school meal that was often the main source of nutrition the children received. The prevalence of burgers, pizza, chicken balls and pasta on the menus, the lack of choice, and the absence of any fresh fish, lean mean, or fruit only added to the chorus of disapproval.

Reputational damage only increased when prominent individuals such as Pau and Marc Gasol began to question the use of fast food companies for the role, and when it became clear that the regional government was paying more for each meal than they usually paid to the catering companies. 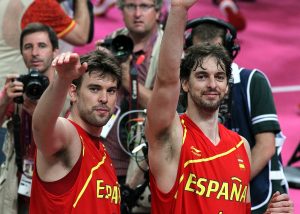 Finally, an offer by Plátanos de Canarias to provide free bananas was not taken up, despite experts suggesting that this one item could raise the nutritional value of the meals substantially.

Telepizza responded badly, claiming that they couldn’t be responsible for collecting the bananas from Mercamadrid, a full 30 minute drive from their production center in Daganzo, near Ajalvir.

In their defence, both companies claimed they lost money on the deals, with the price paid by the Madrid Community not covering their costs, and that they prepared the meals in line with nutritional criteria on the balance between caloric intake and proteins. They also provided freely some of their own material, with Telepizza for instance, donating more than 10,000 pizzas. 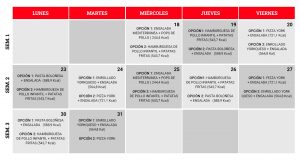 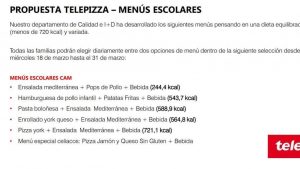 Yet the whole exercise has been a major public relations disaster. Headlines labeled their products as junk food, experts highlighted the low nutritional value and industrial production of their ware, and all have celebrated that from May 18th, when the deals end, the children will once again be eating much healthier food then they have been

Both companies probably entered this crisis as unsure as the rest of us how to respond, and then saw an opportunity to burnish their social credentials, and be seen to serve the communities they operate in. The outcome however, provides a lesson on the importance of getting right both the communication and operational aspects of any future crisis participation. Heroes are rarely born overnight, and the spirit that drives such participation needs to be the same as that which drives the firm every day of the year, in ‘normal’ times, and cannot be invented once an emergency