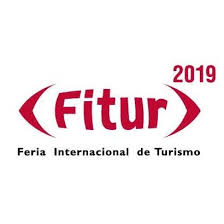 Madrid´s flagship trade fair – FITUR ( International Tourism) has been further hit with the addition of Metro Line 8 technicians walking out and further reducing the accessibility to the all important trade fair. In addtion there are stoppages on lines 2, 4, 6, 10 and 12 bringing widespread disruption to the network although Metro Madrid have advised that they expect at least 60% of services to be operational. The ongoing metro dispute is expected to bring further weekly stoppages on 2nd, 9th, 16th and 23rd days of both February and March.

It comes as the Madrid taxi strike enters its 8th day. Despite proposals being made to break the impass between the online portal VTC companies ( Uber and Cabify) by the Madrid regional government, the strike shows no sign of stopping. Nearly a dozen taxi drivers have added to the pressure on the government by going on hunger strike until their demands are met.

The strike leaders have promised their members that they will be making a statement after having having studied the government proposals.