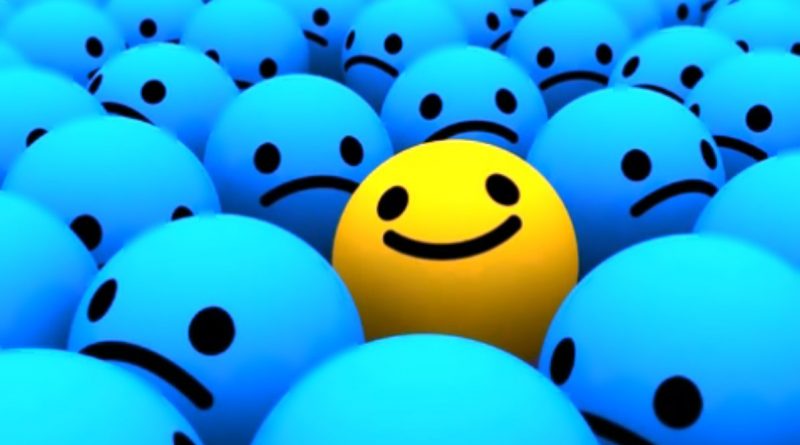 Art & Culture
April 17, 2017 Madrid Metropolitan
It’s difficult to know when positive thinking first infected our culture, or at exactly which point it burrowed its way into the collective consciousness and removed the critical faculties of large swathes of the population. I suppose we should blame the Americans. They did, after all, invent the American Dream, itself an odd concept given that most dreams are weird dystopian affairs that mash up memory, phobia and fantasy, and are often driven by a murky sexual undercurrent …or maybe that’s just me. Or perhaps that’s what America has been aiming at all along…a sexually charged dystopia, in which case they’re probably not doing too badly.

In any case at some point it became reasonable, despite all the evidence to the contrary, to claim that if you want something badly enough you just have to be positive and “make it happen.” It’s all about attitude and hard work. Astronaut, ballet dancer, professional footballer, or if you really lack imagination, entrepreneur…it’s all within your grasp. Whole schools of political thought are based on this self-evident nonsense.

I lacked the physique for ballet, and I find the EasyJet flight to Gatwick harrowing enough, so hurtling through space was never going to be an option for me. However, I would have quite liked to have captained Chelsea FC and been centre forward for England. No one played more football than I did as a child. I spent all day, every day in the park working on my skills, mentally commentating every move as I dribbled my way through pools of mud ,dodging the dog shit, with only the occasional break for a bit of wanton vandalism, as was normal for a healthy child of my age. None of it did me any good. I was briefly in the school team, but by no means one of the better players. I just lacked the ability, although I might have made it as a commentator, but alas being a commentator was never part of the dream.

But it goes beyond footballers and astronauts. We have now entered a phase of neo-liberalism i.e. letting companies do whatever they want, in which everyone is expected to create their own job. The idea is that we all become entrepreneurs, and then the deserving and the hard working who want it badly enough will reap the rewards, while the feckless, idle losers with negative thoughts will be punished for being a drain on society. It’s all a question of attitude. A cursory glance at linked in will offer literally hundreds of tips on how to become a multi-millionaire model leader with a fine head of hair, and weird abdominal muscles. You just need to think positive and follow a few mindless platitudes. What could go wrong?

The basic flaw in this is that once everyone has embraced positivity and the whole population are striving to reach their goals in between Pilates classes, who is going to do all the actual work? Are there people who dream of cleaning public toilets, or spending long summer days on the fish counter at Tescos? Are their young boys and girls fantasizing about the Starbucks uniform, or worse still about driving a bus around Madrid all day, a terrifying prospect. Or perhaps the mundane reality is that these things will be done, as they always have been, by those who need the money, i.e. immigrants, or people from poorer backgrounds. I’m no social geographer, but as far as I can see no one has ever managed to chart income in correlation with positive vibes, unless all the positive thinkers have somehow conspired to live in the same areas, just as all the negative losers have managed to herd themselves together into council estates. Perhaps I simply lacked the imagination to come from Kensington or Mayfair, and the whole population of Teesside or Tower Hamlets could actually move to Marlowe- on- Thames and become stockbrokers or airline pilots if only they wanted it badly enough.

Sadly, positive thinking hasn’t merely permeated politics and economics. It’s worked its way insidiously through our entire culture. Even nature is not immune, as a quick glance at Facebook will show. All those photos of puppies hanging out with seals. Cats and dogs, dolphins and mice…all great friends these days. The whole prey/predator relationship is being undermined by positive vibes. And worse still, it’s infected the previously wonderful world of popular music. Any fool knows that the greatest music, art, film and literature are inspired by healthy emotions such as melancholy, anger, rage and confusion. We don’t want to hear you banging on about going to a higher place, reaching for the sky, or disappearing up your own arse. It’s deeply boring. The odd H-A-P-P-Y song is fine, just as the occasional sticky doughnut is fine, but not as a staple diet. A whole generation of innocent pop kids is going to die of diabetes of the soul. And positive thinking doesn’t stop with vacuous proclamations of general happiness. It makes it all about YOU, because apparently people in the west are not self-centred enough yet. So we get a whole musical genre like hip hop dominated by bragging fools, endlessly shouting about how great they are, how much sex they are having, or how scared of them we should be.

Of course not all positive things are actually positive. Being tested positive for something for example is generally not a good thing. Nor are the vacant eyes and the fixed hapless smiles of positivity’s true devotees, as they march onwards and upwards through their climate- controlled lives, desperately dodging the negative vibes that might drag them down into the abyss of reality. Fortunately, despite the appalling spread of Wellness Centres, Madrid remains to some extent immune from positive thought. An inherent grumpiness and an eager readiness to express it, keeps the Madrileños’ collective feet firmly on the ground. As does 20 % unemployment, shit wages, and the ongoing comedy horror show that is Spanish politics.

For the sake of balance I do understand that aside from my own close personal friends, no-one wants to hear anyone constantly moaning about the futility of existence, so I’ll just end by wishing you all a reasonable life. There is quite a lot of fun to be had on this planet of ours as we float aimlessly and purposelessly through space, without having to decode our brains. And even if your life is not a fun- filled thrill-fest, well I wouldn’t worry too much. It really doesn’t last very long. And on that uplifting thought Dear Reader, I shall leave you for now. 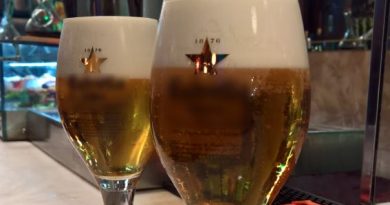 The Soul Of A Culture 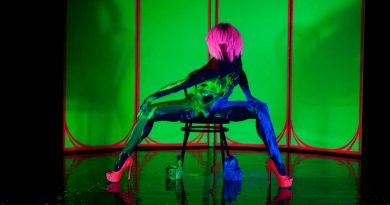 The Hole Returns To Madrid For The Summer Season 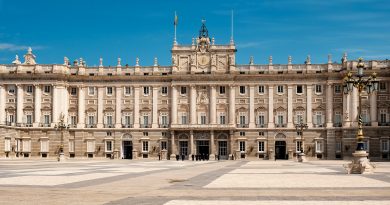