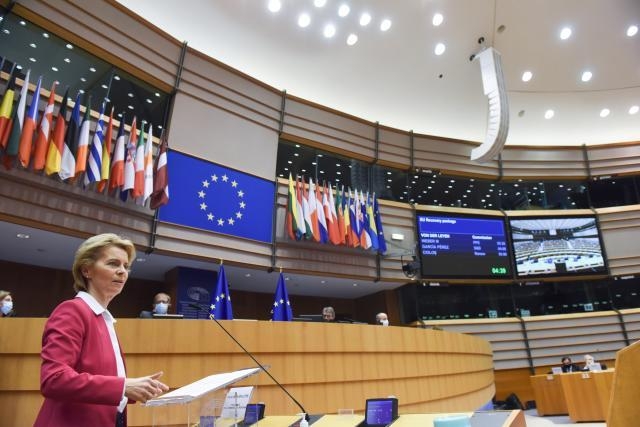 The European Union could be providing some relief for the Spanish economy with €77 billion in grants and €63 billion in loans in a proposed €750 billion EU rescue programme being sought by the EU Commission from the EU Parliament.

The Spanish economy is expected to contract by up to 13% in 2020 according to the Bank of Spain.

Speaking to the European Union Parliament the EU  Commission President Ursula von der Leyen made a powerful speech to bring all 27 remaining member states in line to support the proposal.

However the proposed package – named Next Generation EU could see massive capital borrowing to make up the 750 billion EUR rescue plan.

Some northern European countries already uncomfortable with the increases in their budget contributions being forced upon them by the Brexit budget shortfall have already murmured their reservations.

Ursula von der Leyen said that the EU model ”  built over 70 years is being challenged like never before in our lifetime or in our Union’s history”.

“This is Europe’s moment” she said.

The new measures will mean the EU budget will increase to 1.1 trillion EUR and ” with the core MFF – sums up to EUR 1.85 trillion in today’s proposals” and a total “recovery effort to a total of EUR 2.4 trillion”.