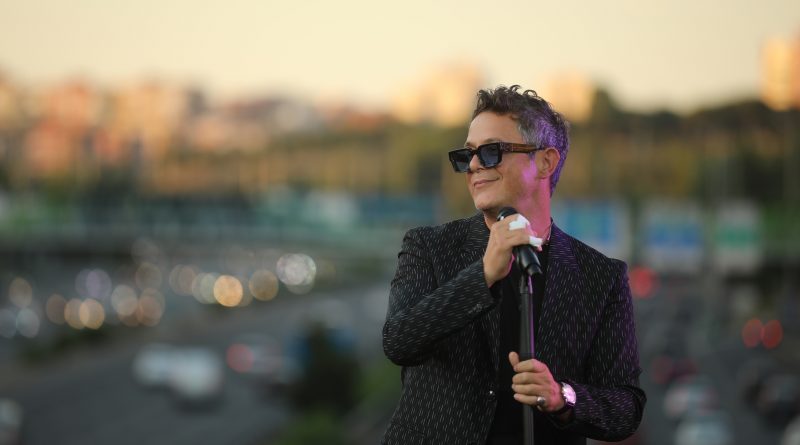 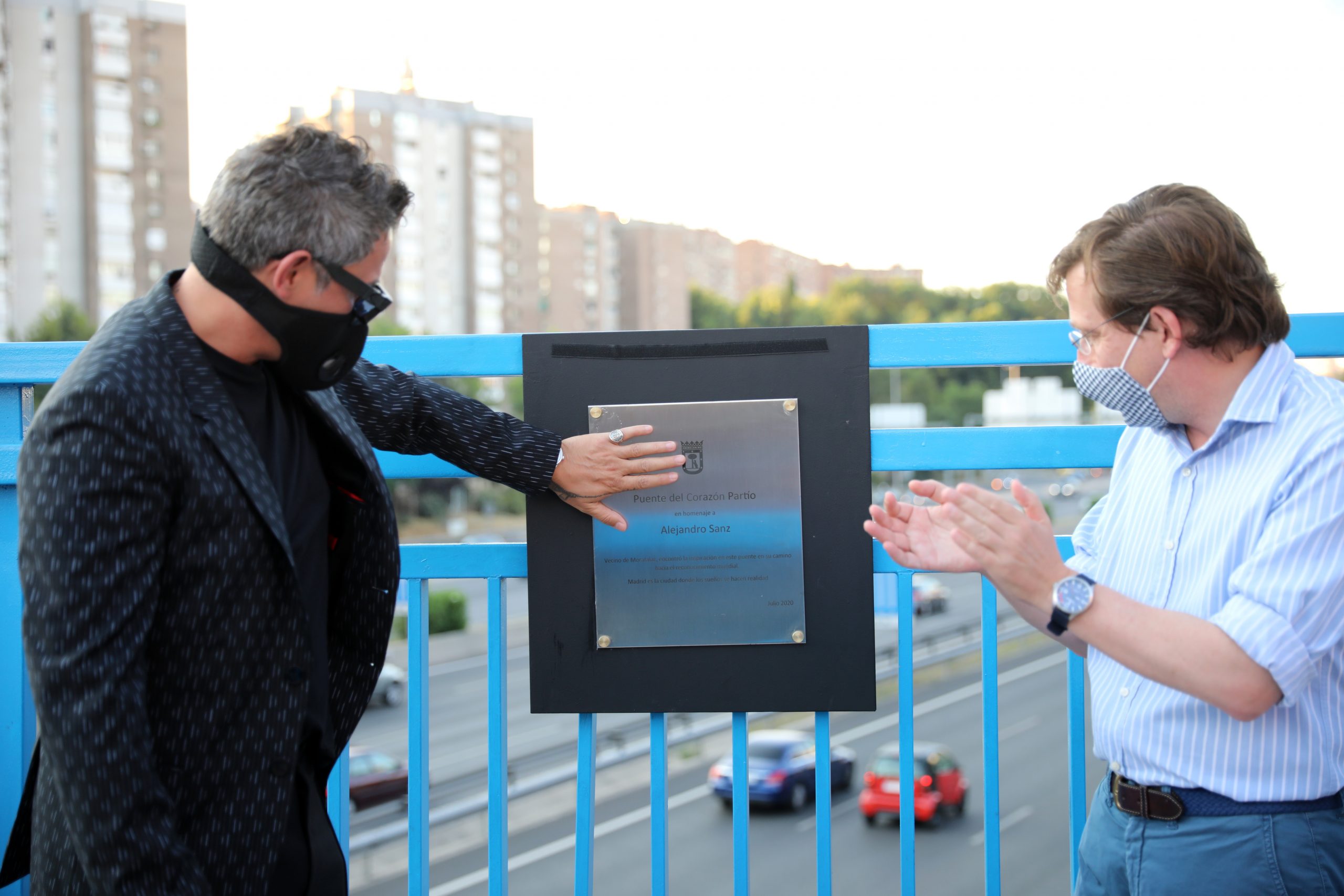 The concert in which he sang his classic hits Viviendo deprisa, Looking for paradise as well as Corazón partío was also broadcast to screens throughout the capital including open air screens in the Plaza de Callao, Palacio de la Prensa, Fnac, Platea,  the Wanda Metropolitano stadium and the Mercado de San Miguel.

The concert was also in tribute to the people of Madrid for facing the coronavirus pandemic with such fortitude. 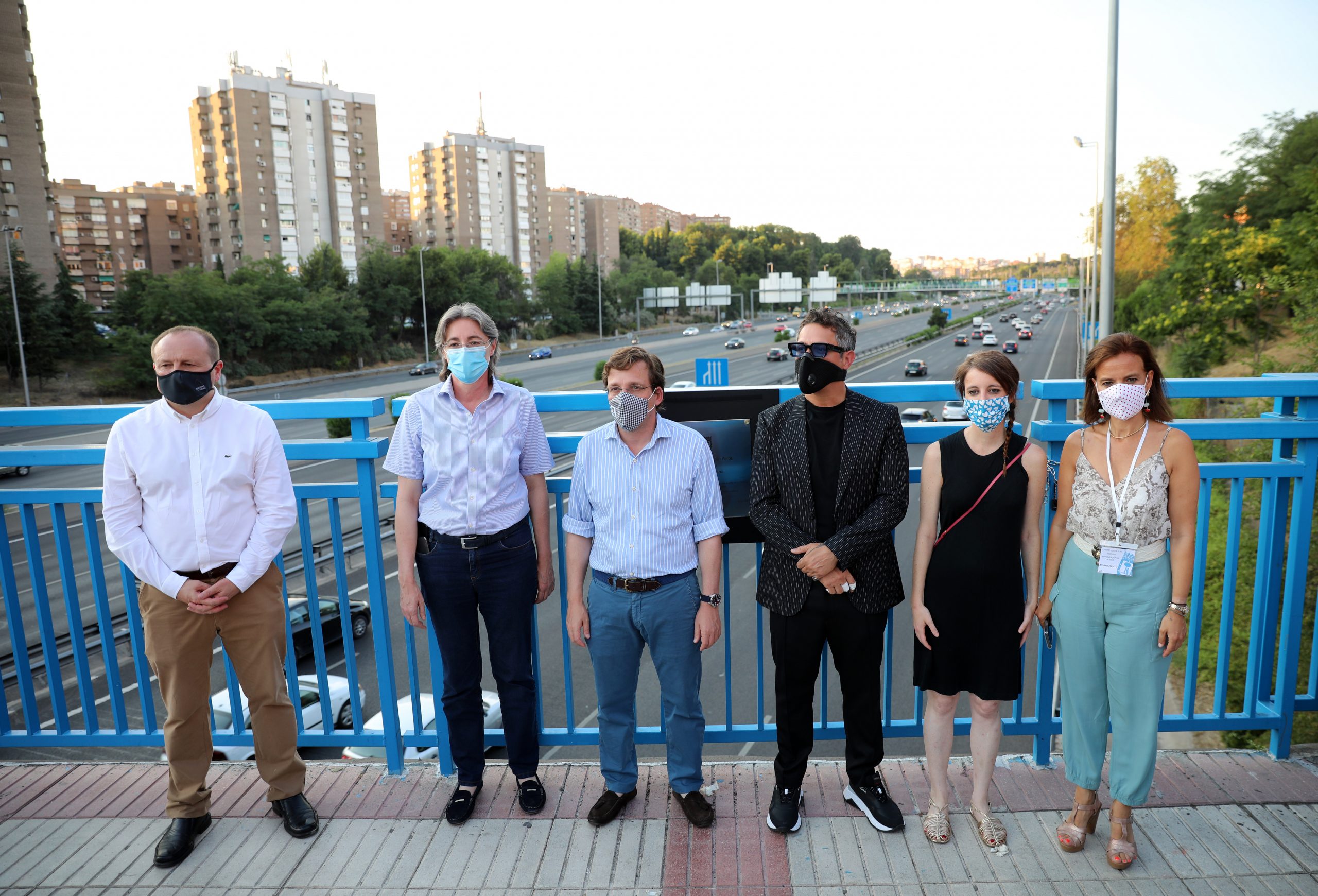 Sanz who is one of the most successful artists to come out of Spain in the last 30 years has received 17 Latino and 4 Grammy Awards, grew up in the nearby district of Moratalaz which is on the west side of the M30 crossing the previously named ” La Estrella” bridge.

The bridge re-naming ceremony was also attended by Madrid government dignitaries led by the Mayor of Madrid José Luis Martínez-Almeida.