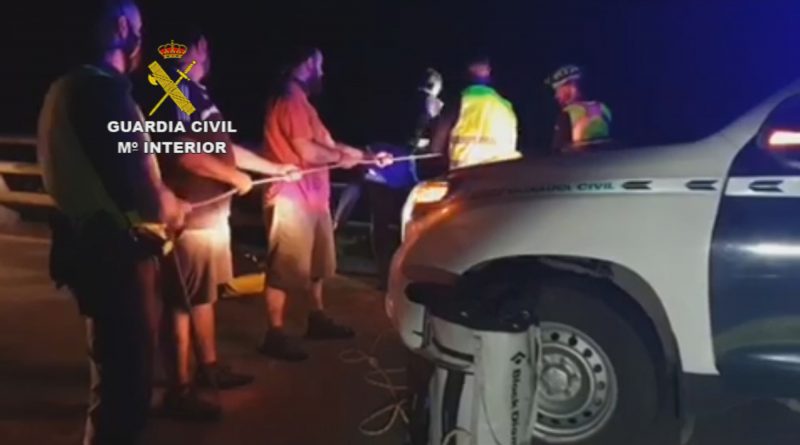 This is the moment the Spanish authorities rescue the body of the 14-year-old great-granddaughter of real estate mogul Julian Reyzabal Delgado, who tragically died after falling out of a canoe during a summer camp excursion with instructors.

The young victim, named as heiress Ana Reyzabal from Madrid, was taking part in a summer camp in the municipality of Comillas in the northern Spanish region of Cantabria.

The teenager, who loved tennis, camping and rafting, was spending the first 15 days of July at Layos Camp in Comillas with other youngsters.

According to the local newspaper El Mundo, 20 teenagers and four instructors went canoeing on the River Cares when Ana’s canoe overturned with another girl accompanying her.

The other girl managed to surface, but Ana did not appear above the water and an instructor had to stay in the area as the others went for help, as there was no phone coverage.

According to reports, the emergency services arrived on the scene around 50 minutes later and found the victim’s body trapped between some rocks in a hard-to-reach spot of the river.

As seen in the footage, rescuers had to scale a 50-metre-high wall at night to reach the victim’s position.

The teenager’s body has been sent to the Legal Medicine Institute of Oviedo to undergo an autopsy.

The local newspaper Nius said that Ana is the great-granddaughter of Julian Reyzabal Delgado whose family is considered one of the wealthiest and most powerful in Spain.

The family owned the Windsor Tower in Madrid and also reportedly own 30 cinemas, nightclubs and a cosmetics firm.