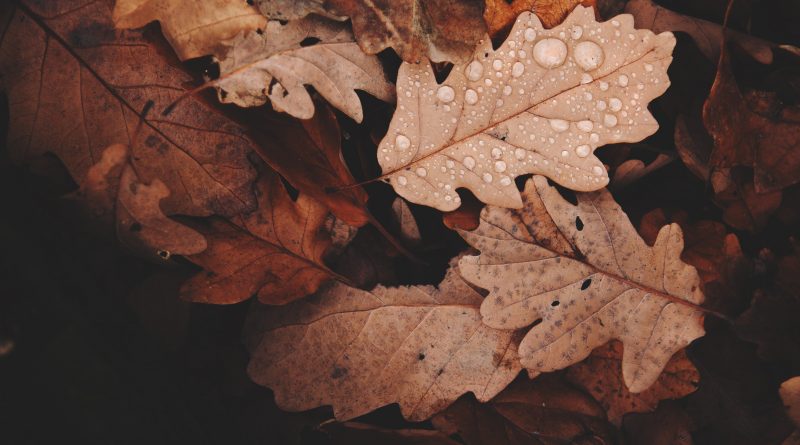 Autumn, or Fall as our literally minded American friends like to call it, is a wonderful time to be in Madrid. To begin with it signals the end of the malignant summer months. Life is no longer all about baking to death marinated in sweat, or clinging to narrow ribbons of shade like Second World War escapees desperately trying to evade the enemy spotlights. Hangovers will no longer drain your body of all liquids, so you wake up, penniless, probably repentant, and looking and feeling like that Neolithic man who was retrieved from a bog after thousands of years.

On the downside all the Madrileños have come back from holiday, many of them at the same time on the same day in the same hundred-kilometre traffic jams, leaving them doubly anxious to get back to the daily routine of shouting at each other, and getting in one another’s way.

It is a particularly beautiful time of the year, especially if you like brown and orange, and are fascinated by the premonition of oncoming death and decay. Leaves fall from the trees and turn all crunchy, a perturbing metaphor for the cycle of life. Of course Madrid, hopefully for at least a few more million years, will inevitably repeat the cycle, as autumn and winter rapidly give way to spring and then yet another  terrifying summer. Not so for us frail mortals for whom the autumn years, despite Hollywood’s attempts to tell us otherwise, are a sign that we are approaching the end of our journey on the road to eternal oblivion. All the more so now that the demographic time bomb, and the prevailing neo-liberal madness mean that many of us will probably end up living off dog food in our pensionless retirement, or suddenly expire shackled to a desk, bewildered and confused by the pace of technological change.

On some days in autumn rain actually falls from the sky bringing tender relief to the parched vegetation, and causing utter chaos on the roads, as it spreads panic among the citizens who have forgotten what rain actually is, as they look anxiously to the skies worrying as to how they have angered the Gods. For the Madrileños believe that water from the sky represents a terrible danger, which will give all their children pneumonia, just as they believe that all illnesses are caused by changes in temperature, or treacherously lethal draughts.

Autumn also brings some of the loveliest days in Madrid as crisp cold temperatures combine with clear blue skies to create perfection. Beer guts can now be concealed beneath coats and jumpers, elderly northern European tourists are forced to abandon their disturbing combination of socks and sandals in favour of proper shoes, and for better or for worse, all that human flesh that has been on display since mid-June is gradually covered up.

Actually “gradually” is the wrong word. Madrid is a city which likes to embrace polarities. It has no time for airy fairy northern European notions of nuance, or subtle tones of grey. The culture reflects the climate which tends to lurch between hot and cold. Subsequently many Madrileños organise their wardrobe in accordance with the calendar. On a certain date summer will be deemed to be over, and operation put-everything-away-until-next year begins. This often occurs regardless of the actual weather, leading to some problematic clothing decisions on the odd day when summer suddenly decides to strike again. Once shorts and t-shirts have been stowed away, popular wisdom dictates that they must not be touched until the earth is at exactly the right moment in its annual voyage around the sun.

If autumn is a metaphor it is tempting to conclude that Madrid itself is approaching its autumn years. It is still the greatest city on earth, but the first signs of decay are starting to wrinkle its once tender visage. It still hasn’t had the soul sucked out of it completely like London or Paris, or dare we say Barcelona, but it is slowly starting to buckle beneath the irresistible weight of globalisation. Every day a once proudly seedy Spanish bar gives way to another annoying global food franchise. Bars that used to give you tapas are steadily replaced by Tapas Bars. Addicts of the quintessentially Madrid fried squid sandwich have to hunt far and wide for their fix, as the wok and the pizza spread like a virulent rash making the global tourist feel very much at home. The noxious health and safety culture has also seeped its way in to the very fabric of Madrid life so that the authorities feel obliged to decorate the RENFE station in Sol, charmingly known to locals as “the Whale”, with inane stickers warning potential morons that climbing on it might lead to falling off it. Even the traffic has grown calmer, as order steadily begins to subsume the city’s natural instinct for chaos.

Perhaps it was all inevitable. The wild adolescence of the 80s, and early 90s couldn’t go on forever. All parties must come to an end particularly when they involve mass heroin addiction, and an appealing but often self-defeating disregard for anything beyond doing what you feel like. For decades the Madrid Tourist Board did its upmost to keep the city a safely guarded secret, but even they have been unable to stem the unstoppable tide of global homogenisation and its foot soldiers, the international tourists.

But there’s still life in the old dog. The Retiro is still the perfect place to spend a Sunday morning, and it still hosts one of the few statues in the world of the Devil. Pickpockets continue to ply their trade in the Rastro where even now you can buy a second hand plug, or a broken ashtray. Lavapies hasn’t entirely lost it’s edge, and Chueca and Malasaña continue to transmit the city’s relentless energy, even if they have tarted themselves up just a little bit too much.

Change comes to all things but if you’re lucky enough to catch one of those divine autumn days when a gentle sun sits high in a soft blue sky, and there’s an agreeable cool chill in the air, you may yet come to understand why the local proverb says “from Madrid to heaven….”