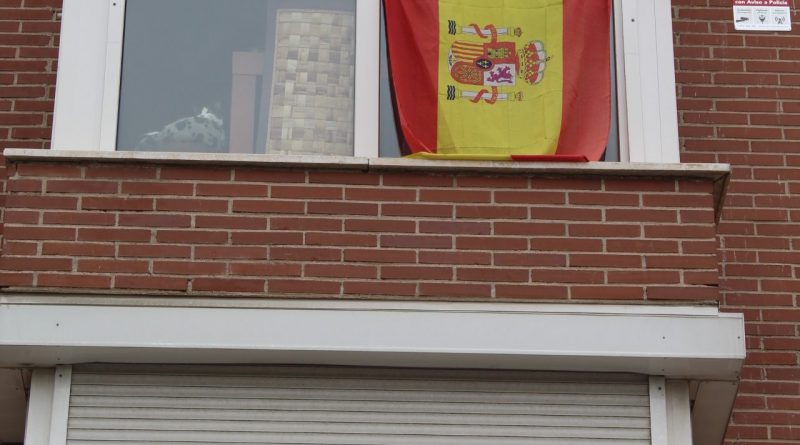 Whats in a flag?

The universe is a complex place. Infinitely complex, some might say. Take ants, for example. Amazingly industrious insects, which have evolved so that each individual has a clearly defined role within a sophisticated matriarchal society, in which the workers and drones exist at the service of the Queen, a state of affairs many of the quirkier members of the British Conservative party would no doubt like to see brought into being in the UK. The British left, however, would probably see ants as inherently patriarchal, with the Queen as a passive submissive lifeform, disempowered by millions of years of misogynist evolution, and possessed of no sense of agency beyond ensuring the survival of the male dominated colony. Rival bands of ants even squirt acid at one another in an uncanny parallel with sections of London’s feral working class youth.

However, I digress. My point is that the universe is a complicated place. And there may even be an infinite number of them. In another vortex of time, perhaps a parallel Madrid exists, one devoid of franchises, hipsters, and hideous pollution, where courteous drivers compete to help one another graciously on their way, and where the police do not exist primarily to finance the state by imposing ludicrous fines upon its citizens. Sadly, such mysteries are beyond us. Yet, even leaving aside the mind numbing possibilities of the likely existence of an infinite number of alien civilisations, and even of infinite versions of ourselves, we undeniably exist in a world of unfathomable mystery.

Which makes it all the more galling, that so many of us choose to engage with this wondrously fleeting existence by displaying allegiance to rectangular pieces of coloured cloth. I am referring of course to flags. Recent visitors to Madrid may be surprised to see rashes of red and yellow cloth, as the Spanish flag has steadily begun to litter the balconies and window frames of our once fair city, especially in the more patriotic (wealthy) areas of the city. In working class areas like Vallecas, you may instead see the Republican flag, and occasionally you see both hanging from the same building, displayed no doubt by neighbours who despise each other, as most neighbours in Madrid come to despise each other sooner or later, a corollary of the quintessentially Spanish version of reality, whereby only other people behave anti-socially, a view of the world that is distinctively postmodernist in its embrace of subjective truth. Local right wing councils in many of the dormitory towns that surround Madrid have even started displaying flags so enormous that they can actually be seen from space.

The virulent outbreak of patriotic red and yellow is of course a reaction to the situation in Catalonia which has been afflicted by decades of moronic flag hanging, a practice which, like a particularly unpleasant strain of herpes, lies dormant, ready to explode whenever the political situation demands a fresh outbreak of coloured cloth. The Catalans have become so accustomed to interpreting the universe through pieces of cloth, that flag hanging has reached a level of sophistication beyond their Spanish neighbours to the south and to the west where apparently the shadow of Franco, not a tall man, still looms large, because of course there were no Catalan fascists, and Catalonia is not just economically, morally, and politically superior, to its neighbours but is different. As the flags clearly show.

So in Catalonia you can reduce your view of the universe to three basic types of cloth. First we have the senyera, the traditional red and yellow striped Catalan flag which simply means you are proud to be Catalan but probably don’t want independence, or any problems with the neighbours. Then we have the esteleda, a blue star on a red and yellow background which means you want independence, and pretty much this is all you want, because therein lie the answers to the great issues of the day, and there is no greater issue than which bunch of useless bastards are going to manage global neo-liberalism on your behalf, and whether they should they shit on you from Barcelona or Madrid, even though of course they will actually be doing the defecating from places like Brussels, New York and Shanghai. Finally, we have the same flag, but with a red star which means you want independence but in a leftist way. So not exactly workers of the world unite, but definitely a better deal for workers in your own particular anthill, or not. The main thing is to use the medium of the coloured cloth to declare yourself a left-wing nationalist, or an oxymoron.

If you don’t want to go to the expense of buying a flag you can always just wear a wrist band which does the same job of reducing your world view to some stripy colours, but also has the virtue of allowing you to strut around as you do so. Or you could hang something similar inside your car, as long as you don’t try and park it in the wrong city. Weirdly although you can be a left wing, or a right wing Catalan nationalist (both are happy to fly the estelada), in Madrid only right-wingers ever brandish the Spanish flag, unless Spain have just won the World Cup, an event which mercifully only occurs rarely. Once in fact. Left wing Spaniards despise nationalism, unless it’s Catalan or Basque nationalism, whereupon enthusiastic solidarity becomes the order of the day.  I suspect that this actually might just be down to solidarity with terrible haircuts, and crap clothes, a cultural meme that seems to be universal to the left.

Of course Spain didn’t invent this infantile obsession with flags as symbols of inane simplicity. In the USA the stars and stripes has become for many of its citizens an almost sacred object. In the UK, the Scottish and Welsh flags are largely considered to be charming manifestations of cultural pride, whereas the English flag is viewed as a sinister symbol of exploitation at the service of racist imperialists. This is of course because the English are historic oppressors and the British Empire had nothing to do with the Scots, or the Welsh, who far from invading India and much of Africa, had instead remained at home composing rousing hymns, and honing their skills at being nicer, better people than the English.

However, in Spain the flag fest has reached absurd levels. People bang on about how beautiful Barcelona is, but as far as I can see large swathes of the city are currently invisible, hidden beneath multiple layers of coloured cloth dangling from wherever it is possible to dangle something. Fortunately, Madrid’s response has been characteristically half-hearted. Most of the people of Madrid love their city, and quite rightly so, but at the same time they don’t really give a shit about it. Perhaps this is because anyone can be a madrileño, one of the great joys of this wonderful metropolis. Madrid doesn’t puff its chest out because it doesn’t need to, and anyway, everyone is too busy squabbling with one another.

It is however, a free country, unless you try and drive or attempt to park in it, or worse still, take the piss out of the monarchy. So, if Dear Reader, you do feel the need to sublimate the eternal complexities of political thought behind a piece of coloured cloth, then by all means go ahead. There will almost certainly be a Chinese shop nearby, fully stocked with the patriotic symbol of your choice. And if hanging a flag outside your window doesn’t change the world, then I don’t know what will.