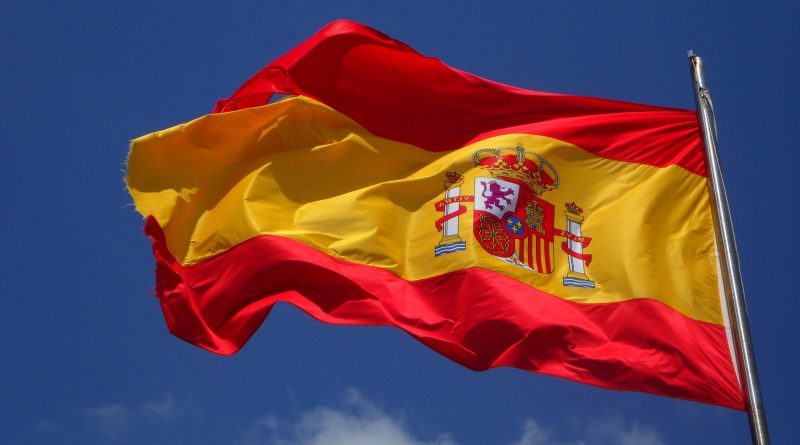 When in September 2019 Spain’s then caretaker Prime Minister Pedro Sánchez said that he wouldn’t sleep at night at the thought of Ministers from far-left Podemos in charge of any key Ministry, his options for forming a Government seemed limited.   But Sánchez is nothing if not persistent, and overcoming his worries of insomnia, he not only signed up to a coalition government with Pablo Iglesias, the man he had called ‘’untrustworthy’, but also made him one of four deputy PM’s.

The last couple of years have been fairly tumultuous politically, with the failed independence attempt in Catalonia, the unseating of Rajoy by a no-confidence vote, two successive elections and a long period of caretaker Government.  The economy has shown resilience, however, and continued to post relatively robust growth, although is now showing signs of slowing.

Now Sánchez has a functioning executive, he needs to get to grips with a variety of structural problems. Unemployment is at 14% and youth unemployment a dismal 31%.   Low wages and limited job and career prospects have led to an exodus of young people, mostly highly qualified.     And then there’s the issue of pensions.

The Coalition agreement signed with Podemos sheds some light on the new administration’s economic thinking.   It wants to support small and medium businesses, and the self-employed; fight against the precariousness of the labour market, especially for the young; and promote well-paid, stable employment.  Rural depopulation, high rents and homelessness are other targets for action.   In a nod to Brussels, it even speaks of the need to keep the budget deficit under control.

Much of this is worthy stuff; what isn’t so clear is whether the measures they have announced will actually work.

Let’s start with budgetary restraint.  In a highly de-centralised state like Spain, expanding the Central government to 20 ministries and naming four deputy PMs doesn’t exactly signal a genuine vocation to stick to necessary spending.    Many of the initiatives will cost money.  The plan to pay for them is, unsurprisingly, to raise taxes and the favourite banker of all new Governments, the fight against fraud.   Governments always underestimate the costs of their plans and are always overly optimistic about expected tax revenues.

Part of the funding will come from the very same self-employed they have pledged to help, as National Insurance contributions will be linked to income.   That might seem fair, but increasing tax on them is an odd way of supporting them.   Raising income tax on the rich may be popular, but won’t be enough – the top 3.75% of earners already contribute 31% of income tax.  Sanchez will almost certainly at some stage need to widen the net to middle earners.

With pensioners, Sánchez wants to protect their spending power and to scrap the ‘sustainability factor’ introduced by his own party under Zapatero, which adjusts, (i.e. reduces) pensions as life expectancy increases.  Interestingly, the new Social Security Minister, Jose Luis Escrivá, advocated raising the retirement age in his former role as head of the Independent Authority for Fiscal Responsibility.   He might have to keep that one under his belt.

Spain’s pensions are generous in European terms, especially for those who have contributed throughout their working life.   But that has to be paid for, and its pension spending as a percentage of GDP is higher than both Germany and the UK, swallowing up 41% of the budget.  The total cost has tripled in two decades. That would suggest the need for a serious debate about how to finance the system, but somehow the pension argument brings out the worst demagoguery among the parties.  With a rapidly ageing population, maintaining the current benefits will be drag on the economy and on the prospects of future generations.

The coalition agreement contains some worthy intentions; the problem is that the actions outlined may not have the intended effect.  For example, if you want to promote stable employment, it’s probably not a good idea to load down companies with more regulations and costs, and to hand back power to Trade Unions.  Sánchez has never been particularly sympathetic to business, and Podemos is openly hostile.  But they’ll need to create private sector jobs to finance their plans.

The coalition wants science to be the driver of economic growth.  Spain’s universities are far behind their peers in Europe when it comes to partnering with business, and to change that business has to be embraced as a positive force, not as the enemy.

The plans to regulate rent increases are unlikely to have an overall positive effect, while having a dig at the Utilities for abusive profits is simply demagoguery.  If it really cared for consumers, the Government could easily lower electricity prices by reducing the more than 50% of taxes that make up an average bill.

The agreement is full of special commissions and five year plans, many with dubious benefits, but unlimited scope for appointing friends.   The   National Fund for Social Entrepreneurship sounds more like a way of channeling funds to like-minded organisations than a way of stimulating business.  Encouraging people to buy local food is on message, but might need some explaining to the producers from Murcia or Almería who export throughout Europe, in big diesel-fueled lorries.  And the up-front pledge to use public money to stop de-localization seems like an invitation for Multinationals to get the begging bowl out.

So the next couple of years will see friction between the new government’s intentions and its ability to deliver.   Bear in mind that the coalition doesn’t have a majority – it will rely on a mixed bag of nationalist and regionalist parties to get any law through.   With debt at nearly 100% of GDP and a vigilant EU policing the deficit, there’s little wriggle room should hard times arrive.  And given that the global political and trade outlook can sometimes depend on a tweet from @POTUS, that can never be discounted.