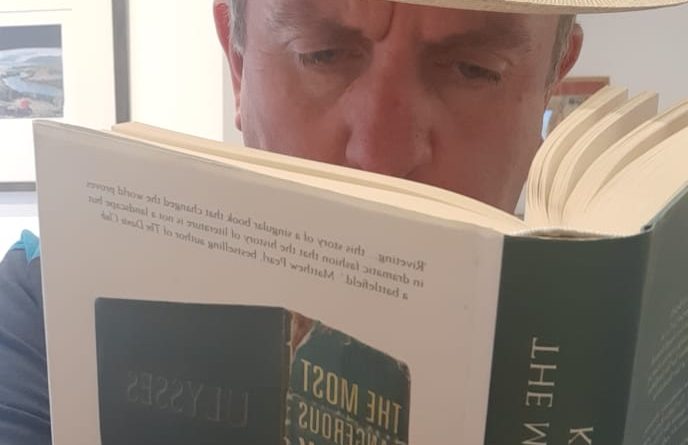 The 16th June is “Bloomsday”. The date that the Madrid Bloomsday Society joins like-minded societies around the world to celebrate “Bloomsday” with public readings from Irish writer James Joyce´s novel Ulysses.

For Bloomsday 2020 the Irish goverment´s department of foreign affairs  put together a four-minute film to promote the event globally.

A New Day Will Be was filmed during the Covid 19 lockdown in six continents and features writers, politicians and artists from around the world speaking lines from Ulsysses in their own language.

With the backdrop of the pandemic the film aims to ” chart our universal, shared humanity as we journey through these extraordinary times: from silence, isolation, the desire for human touch and the quest for a vaccine, through remembrance and resilience, to hope, love and finally affirmation”

The novel which is set in Dublin on a warm June 16th 1904, is at 732 pages an odyssey in more than one way as we follow the day of Leopold Bloom and other characters around the city.

It has often been described as one of the finest books in the English language. A contemporary review by the poet T.S Elliot said “I hold this book to be the most important expression which the present age has found; it is a book to which we are all indebted, and from which none of us can escape.”

The Madrid celebrations were again hosted by the Ateneo de Madrid but due to continuing indoor public gathering restrictions were  held on Zoom.

The Ateneo had orginally intended the readings to be also a tribute to the emminent jurist Antonio Garrigues Walker which will now be held in October. Both the Ateneo and the Madrid Bloomsday Society were delighted that he was able to participate in Madrid´s first ever virtual Bloomsday

A Madrid Bloomsday reader said it was a ” successful Bloomsday over Zoom but we look forward to meeting in October to recreate it physically, that will mean joining the two world in Ulysses,the world of the mind and body”

For further information on the October reading: