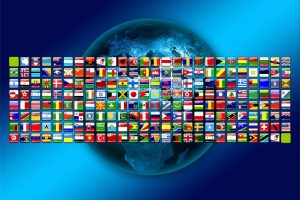 Why am I surprised? Well for starters I meet with and hear of people who still attempt to keep their assets under the radar of the relevant tax office in the belief that if they haven’t declared it or aren’t actively using the asset it won’t appear on any tax or government system.

In Spain this immediately brings the Modelo 720 reporting requirement to mind, but that’s another topic which I have written an article on and can be found on our website www.spectrum-ifa.com . This one is to bring AUTOMATIC exchange of information to the table…………

Ultimately this means that it is now more important than ever to make sure you have reported and are declaring income and assets in the right country.

From January 2016, financial institutions in around 50 countries began collecting information on their clients and their accounts. The purpose of collecting the data in 2016 was to share it with their client’s country of residence in 2017, which was the start date for actual sharing.

It’s not a one-off thing, the exchange of information will be repeated every year, and every year more and more countries are joining the group. According to the Gov.UK website another 53 countries started collecting the information in 2017 to report it in 2018, in 2018 another 4 countries will begin the process and fulfil reporting to the relevant authorities in 2019.

Looking at the list here: https://www.gov.uk/guidance/automatic-exchange-of-information-introduction you will see that most countries of any relevance to the majority of us are listed. Refer to the note relating to the US as the US exchanges information globally under its FATCA initiative – the Foreign Account Tax Compliance Act).

In fact, I only know of one person who could possibly be in the section where no agreement is in place……. yet.

It is important to note this is a regulatory procedure, there are no choices. It is carried out under the Common Reporting Standard (CRS), developed by the Organisation for Economic Co-operation and Development (OECD).

Quite simply this means that there is nowhere to hide anymore, this loss of financial privacy affects us all. If you live in one country and have assets in another, your information WILL be shared between countries. Your local tax authority will automatically receive information on the financial assets you own overseas.

One potential client fully believes that this will only happen if your tax affairs are being investigated or if the tax office is querying a specific asset. This is not true, they don’t have to request the information, they will receive it automatically.

As an example, if you are a tax resident in Spain and have bank accounts in the UK and investment portfolios in the Isle of Man the Hacienda will automatically receive the information on these accounts / portfolios from the tax authorities in the countries where the assets sit.

You will probably have noticed that your banks or financial institutions, from outside your country of residence, have been sending you forms to complete to confirm your tax residency. This is a legal requirement on their part. Even not returning these forms doesn’t help you as they will simply assume you are still a resident of the country that you last registered with them, therefore will still report to that tax authority.

The information they will be sharing about your financial assets includes personal data such as your name and address, country of tax residence and tax identification number. They will also be reporting information relating to your accounts such as account balances, investment income, interest earned, dividend payments, income from certain insurance policies and any proceeds from the sale of assets.

As you will have seen above, this sharing / reporting requirement is now firmly in place. In September 2017 the first jurisdictions exchanged their data. Importantly for my clients this list of Jurisdictions includes the UK, Spain and most other EU countries. It also includes the Isle of Man, Jersey and the Cayman Islands which were, historically, places people looked at when placing their financial assets.

Hopefully you can see the importance of understanding CRS, exchange of information. For residents of Spain it has taken the Modelo 720 reporting requirement to another level.

In my own opinion it makes the Modelo 720 redundant, BUT it is still a legal obligation to file it!

Think about the complications that could arise………. When the local tax office receives information about your assets or income abroad they will automatically be able to cross reference whether you have accurately reported total global income on your tax return. Here in Spain the Hacienda will also be able to compare the data with your Modelo 720 declaration

Tax residents of Spain are liable to pay Spanish tax on their worldwide income, gains and wealth. This includes most income which is also taxed elsewhere, although double taxation agreements mean you aren’t taxed twice. It is still a common misconception that if you have income taxable in the UK then it doesn’t need to be declared in Spain. I can’t reiterate enough how wrong this is. Even if you have made a tax declaration in another country you still need to make the declaration in Spain

If you haven’t been doing this I strongly recommend you regularise your tax affairs as soon as possible. This would also be the right time to look at all your financial affairs.

Most people I meet have several bank accounts and sometimes several investment portfolios and products. When asked they don’t really know why they are set up the way they are, its just been that way for years. Combining these can ease the administrative burden now and certainly later in life.

Living in Spain makes it even more important to review your financial assets. What may be “tax free” in the UK is not necessarily “tax free” in Spain.

Are your financial assets approved here in Spain? You probably wouldn’t know unless the differences had been explained to you.

In Spain we have what are deemed compliant products. If you have a compliant bond you will find it is EU based, if you discover your financial solution is based in The Isle of Man, Jersey or Guernsey it is deemed non-compliant. This isn’t meant to be confusing, they are not illegal, but they must be reported to Hacienda and please note that they are taxed differently to a Spanish compliant bond.

The Spectrum IFA Group will only ever recommend a solution that is compliant and tax efficient in your country of residence. In Spain we will not recommend solutions outside of the “approved area”. This is for your benefit!

For a free, no obligation review of you financial assets please get in touch at chris.webb@spectrum-ifa.com or 639118185. If you are in the Madrid region I will personally meet with you, if you live in any other part of Spain OR Europe let me know and I can put you in touch with our local office there.

With Care, You Prosper

“The Spectrum IFA Group” is a registered trademark, exclusive rights to use in Spain granted to Baskerville Advisers S.L. CIF B-63/137.020 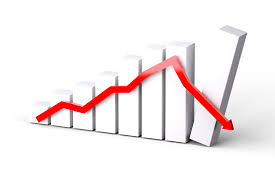 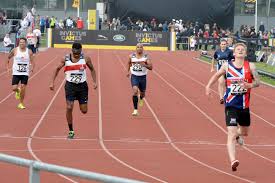 Retirement Planning – Is it a marathon or a sprint? 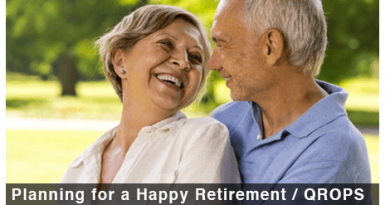