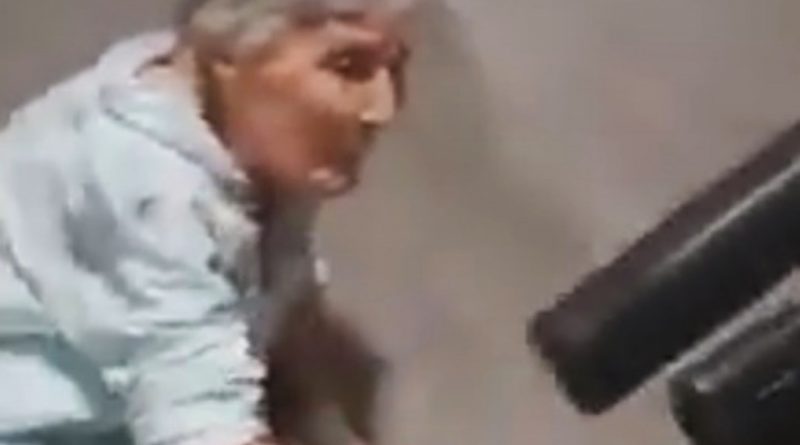 A cruel nurse has been suspended following the release of a video that she made where she used  patients as props for a pretend horror movie using an elderly patient lying on the floor as she fakes growling noises, and pretends the woman is a ‘monster’ as she reaches out for help from her supposed carer.

The sick footage of the incident was shot secretly by a caretaker at the nursing home and shared by her ex-boyfriend after they split up – resulting in her being suspended pending further action.

The incident was filmed at the Las Vegas nursing home located in the Ciempozuelos municipality in the autonomous community of Madrid.

The exact date the video was filmed is unclear, however, Ciempozuelos Mayor Raquel Jimeno started an investigation shortly after she was alerted on the video in the evening on Thursday 1st October.

The video shows the moment the nurse Denisse Tejero Lopez walks towards an older woman who is on the floor and says “Maria, what are you doing there on the floor?”

The elder woman extends her hands out and moves her body to face the nurse who is heard saying “We have arrived at the horror house”.

As the woman reaches out the nurse says “Grrrrrrr”, as if the old woman is a growling monster from a Zombie apocalypse movie.

The patient however is only reaching for the wheelchair next to her, but the caretaker pushes it away and says “No, leave it.” and continues to make eerie sounds for her sick horror movie.

The nurse is seen reaching for the older woman’s hand but then takes her hand back as the video comes to an end.

The incident placed the nursing home under investigation by local authorities after families with relatives at the centre reported the incident to the Spanish Civil Guard.

The video was disseminated by one of the caretaker’s ex-partners reported as Argimiro Torres after they broke up in January according to local newspaper ‘El Pais’, however, it does not say why.

The nursing home is managed by the Albertia group which said that Tejero Lopez has been fired from the company, however, authorities have not ruled out taking penal action against her.

A spokesperson for the Ministry of Social Politics said: “We are not going to tolerate any type of abuse and we are going to pursue any action that places the rights of elder people who stay in centres in the region at risk.”

It is unclear the charges or penalties Tejero Lopez could face. 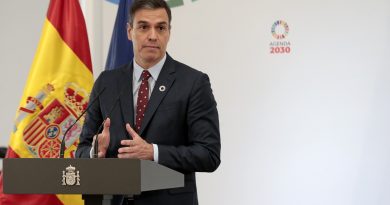