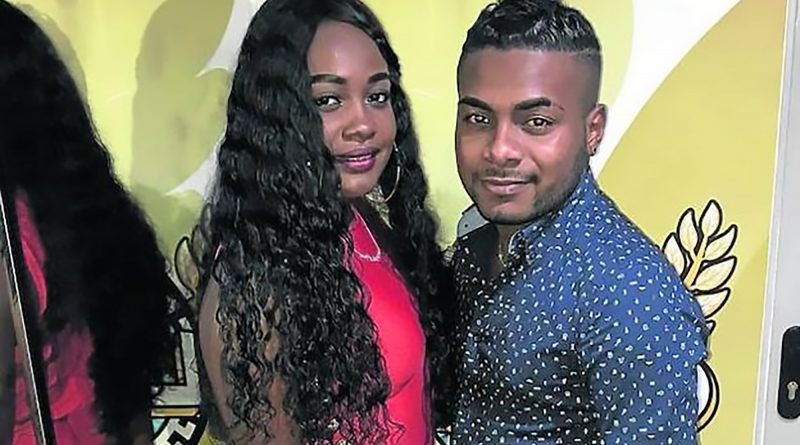 A young South American woman who moved to Spain in the hope of finding a new home for her daughter has died after being stabbed at least 20 times by a jealous lover as her frightened housemates hid in their rooms.

Police found Ms Alexandra Cadete bleeding to death outside her home in the seaside resort of Loredo in the northern Spanish region of Cantabria.

Her housemates told cops they had wanted to defend her but had been so
frightened they had locked themselves in their own rooms to hide from her
attacker.

They said Ramirez, originally from Ecuador, had arrived at the house earlier that evening and knocked on the door until he had been let in.

He allegedly started kicking and punching his ex-girlfriend before grabbing
a knife and stabbing her at least 20 times in the neck and chest.

Ms Alexandra Cadete’s housemates rang the cops but by the time they arrived it was too late to save her and Ramirez had fled.

He calmly walked into a police station a few hours later and told police
officers: “I’ve done something terrible.”

The mother-of-one, who had a five-year-old daughter back home in the
Dominican Republic, had been living as an illegal immigrant in Spain for
three years.

She had been in a relationship with Ramirez for about two years but they had recently broken up because they had constantly argued, according to friends.

Ms Alexandra Cadete had worked behind the bar of a disco pub while Ramirez had worked at the same place as a DJ.

The bar manager, who gave her name only as Julia, said: “They always had
arguments over his jealousy.”

Julia described Ms Alexandra Cadete as a family woman who dreamed of
bringing her daughter to live with her in Spain.

She added: “She always threatened to leave him and look for another man but he always said that he would never let her go.”

Marisa, a friend of the victim, added: “She did not want to be with him, but
as he was always good with her she used to go back to him.”

Police have launched an investigation into the death of Ms Alexandra Cadete.
Ramirez remains in police custody.