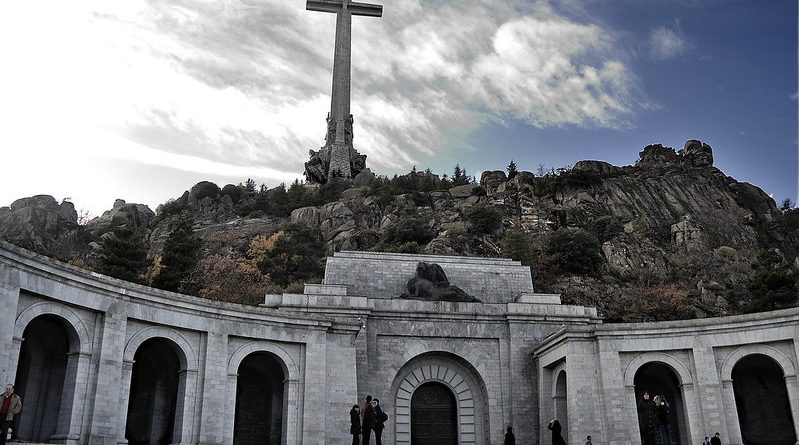 The minority government led by caretaker prime minister, Pedro Sanchez has announced that the remains of the former Caudillo of Spain, Francisco Franco will be exhumed from the Valley of the Fallen on Thursday, 24th October at 10.30am.

His remains will be transferred to the El Pardo-Mingorrubio cemetery where his family have a burial plot and mausoleum.

Although the PSOE did not achieve a majority in the Spanish general election of  April 2019, the exhumation has been a priority for the government and received approval by the Congress in September.
The move had been fiercely contested by the Catholic Foundation that oversees the site as well as by the Franco family itself in a series of actions fought through the courts.
The attempt to stop the exhumation was finally dismissed by the Supreme Court´s decision to approve the move.

Franco who died in November 1975 had ruled Spain as dictator since leading the Nationalist forces to victory with the crushing of the 2nd Republic in 1939. On his death he was given a state funeral and buried in the chapel along with the Falangist founder Jose Antonio Primo De Rivera whose body is also expected to be exhumed and moved to another part of the mausoleum that also holds some 30,000 bodies from the Civil War.

Plans for the Valley of the Fallen after the exhumations are still being reviewed but many have expressed the hope that it will finally become a symbol of reconciliation and museum explaining the civil war.