Luke Darracott tells the Madrid Metropolitan how a bottle of Albariño changed his life forever. 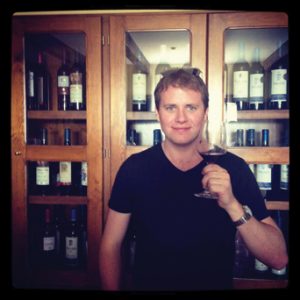 Back in March 2010, after only a few months in my new adopted country, a bottle of wine changed my life. I did a 5km charity run on a chilly March morning in Guadalajara. The day before I was shown around the town by a friend of mine. She said that we should go out for a big lunch to fortify ourselves; arroz con bogavante was the speciality of the restaurant.

In those days I only really drank big, structured reds, and usually with a view to being various sheets to multiple winds by the end of my time spent in the company of said wines. ‘It’s seafood, so I’ve ordered a white.’ She proﬀered. No consultation. I did a small internal harrumph. Never was much for white wines.

It was a bottle of Martín Codax Albariño. Lots of words and weirdly placed consonants there that meant nothing to me. I tucked into my delicious bubbling stew, cracked open some claws and was glad my bib was keeping my shirt from becoming pebble-dashed by crustacea. I all but ignored the wine.

Then a big swig to clean my palate. The clouds parted, light beams fell through the ceiling onto my face and a heavenly choir started chanting. Oh sweet Jesus Mary and Joesph. That’s good. That’s really very good. 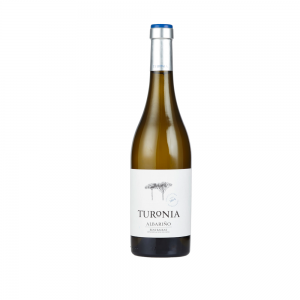 ‘Best wine for seafood that is.’ Said my friend. And she was right. So right. What grows together goes together, goes the old, usually correct, maxim.

That is when and where my love and interest in food and wine started; in a rice restaurant in Guadalajara, a day before a carrera popular. Funny that.

So this month I want to highlight Rías Baixas, spiritually my favourite DO, and also mention its superstar grape Albariño, which we have often all come to love as a sprightly alternative to the oversaturated Verdejo.

First of all we have to mention Galicia, that verdant lovechild of Norway and Ireland. The wettest part of the country, but also the greenest, Galicia is home to a variety of diﬀerent DOs. From west to east you have Rías Baixas, Ribeiro, Ribeira Sacra, Monterrei and Valdeorras. The latter two are located in the much hotter climes of Galicia that spread towards Portugal and Castilla y León. Ribeiro and Ribeira Sacra are river valleys of diﬀering steepnesses and aspects. It is Rías Baixas though that, within the DOs, is amongst the most famed. There are 5 sub-zones that oﬀer up diﬀerent styles.

North to South, and getting hotter as you go, you have the following:

Val do Salnés – low and wavy hills by the coast.

O Rosal – the shallower banks of the Miño nearer the coast. Also alluvial.

Driving around the folklore-filled fjords and the forest-filled roads through wavy hills wine isn’t really the first thing that comes to mind. Given the colour green is also that shared by the bright little orbs hanging in bunches it takes a while to get your eye in. But when you know what you’re looking for they become more apparent.

Galician grapes are generally trained high, on lofty trellises called parrales that keep them away from the humid ground. These sometimes-two-metre-high trellises float over fields and protect the grapes from rot and fungal infections while still soaking up the Spanish sun.

90% of the production is Albariño. Loureiro, Godello, Caiño Blanco, Arinto and Treixadura bring up the rear. There are reds too, made from local varieties, but you barely see them outside of Galicia.

There is a panoply of good wine in Galicia so it’s hard to choose just a couple of wineries to highlight – we have quite a few in our shop. On the far-flung riverbanks of the O Rosal region you have the idyllic Quinta Couselo. We currently stock their Turonia 2018 (12.50€); a fresh, mineralic Albariño with a lovely zesty nose full of stone fruits and melon. Or indulge Galicia’s claim to having the best seafood in the country and get a crisp bottle from one of Rías Baixas’ most historic and reputable wineries: Do Ferreiro 2018 (15€) by Gerardo Méndez in the Salnés region.

The heat is coming, so as the temperatures soar, drink Galego!

Luke owns Madrid & Darracott, a wine shop and tasting space on Calle del Duque de Rivas, 8. Tel: 912191975. Daily tastings at 12:30 and 19:00. Contact us to arrange bespoke tastings and events. For more information on Luke and his amazng wines go to 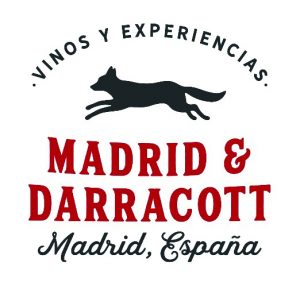