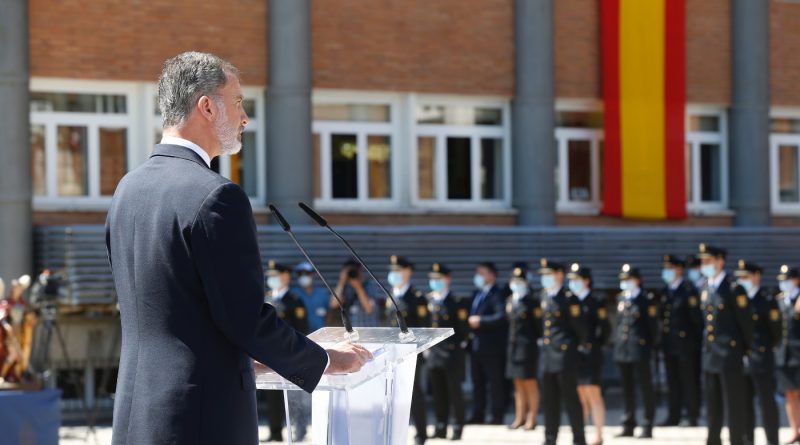 The King of Spain, Felipe VI returned to Madrid from the nationwide promotion of Spain Is Sure Campaign Tour to attend the National Police Corps´s  recruits Pass Out Parade at the Complejo Policial de Canillas de Madrid today. 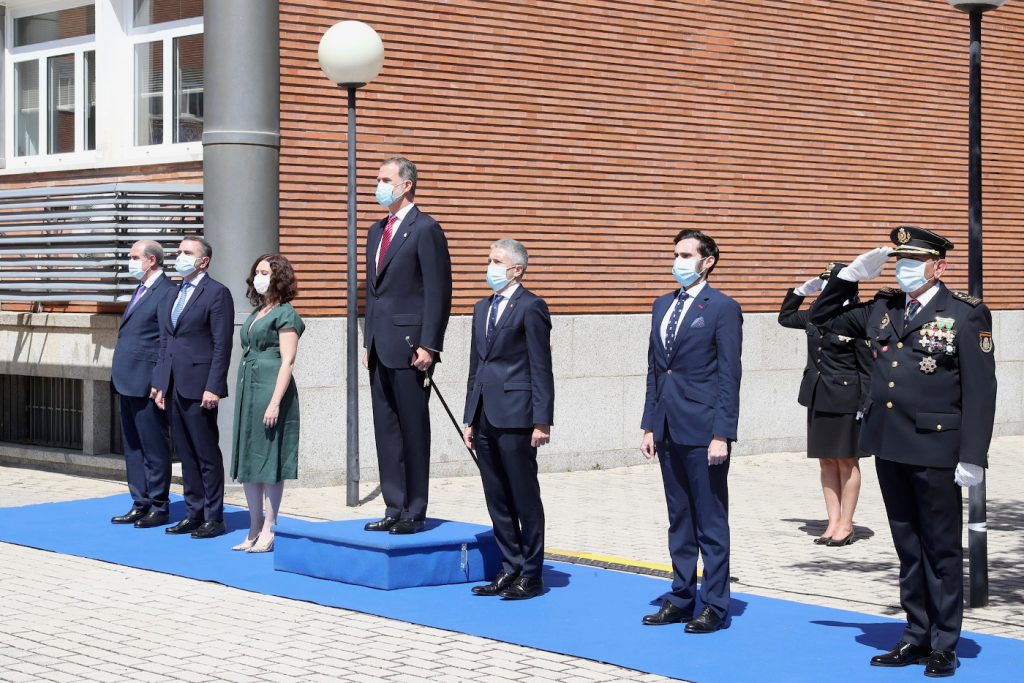 In attendance was the Regional Premier Isabel Díaz Ayuso and the Central Government Minister Of the Interior Fernando Grande-Marlaska.

365 newly qaulified officers were on parade today. The officers who had done their training in the capital have been heavily involved in the Covid lockdown. The newly qualified officers will now be sent to other parts of Spain t join local units.

In his speech King Felipe paid tribute to the 11 police officers who have lost their lives during the Covid-19 pandemic. 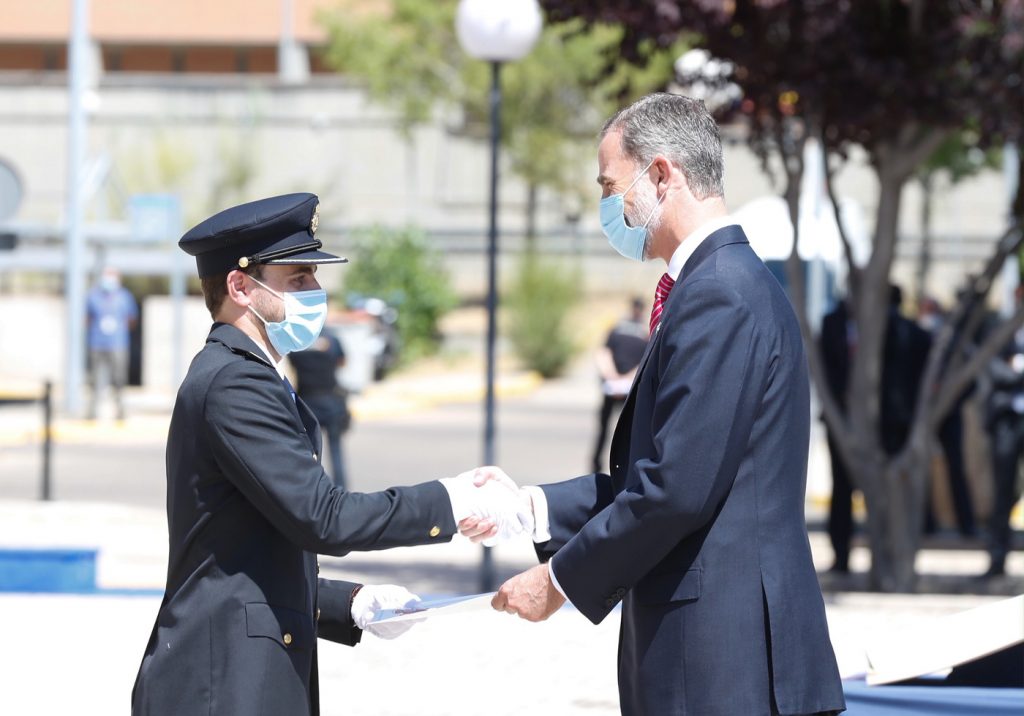 The King awarded the Student of honour of the XXXIV Course to Ramón Parejo Palop.

The National Police Corps is reponsible for the policing of urban areas, usually of over 20,000 inhabitants and lead on most matters of criminal investigation and terrorism.