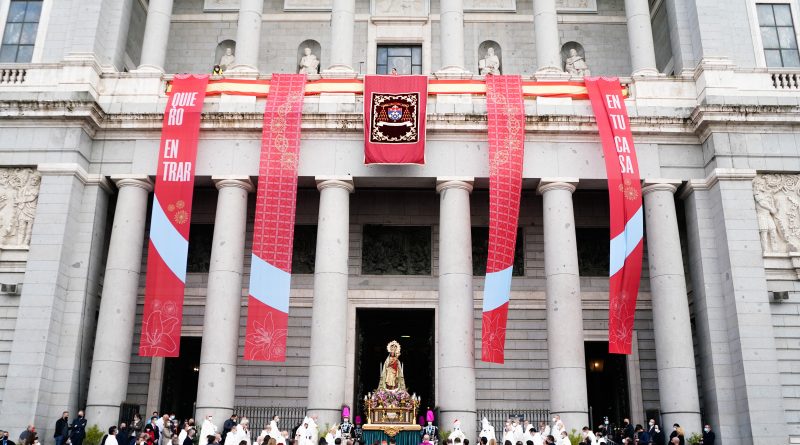 This year, as in every year for over a millennia, Madrid celebrates the feast day of her patroness the Virgin of Almudena (Virgen de la Almudena) on the 9th November.

The popular legend of the Almudena starts with the fearful inhabitants of then 8th century settlement of Magerit ( the name given for today´s Madrid) hiding the statue of the Virgin of Almudena before the advancing Umayyad Arab and Berber armies reached them.

The Visigoth chronicle of 754 describes that the “Catholics around the years 712-714 who saw that the Moors would conquer the city and were unable to carry the statue away with them. So they closed up the statue in that niche inside the walls of the city so that it would not be profaned by the Mohammedans.”

The legend has it that the statue was brought from the Holy Land in the year 38 by James ( Santiago)  the apostle and brother of Jesus and like all relics and deemed holy objects was considered to have supernatural properties. 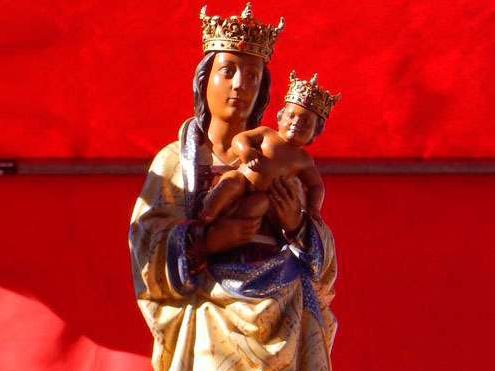 The name Almudena derives from the Arabic words Almud meaning wheat and Al Mudayna, meaning wall – so it is possible the original marian apparition took place by a granary located by the fortress.

The  armies of the Umayyad Caliphate had under Tariq ibn Ziyad  crossed the Straits of Gibraltar in 711 and rapidly advanced across the whole of the Iberian Peninsular destroying the Visigothic kingdoms along the way following the decisive Battle of Guadelete in 712. 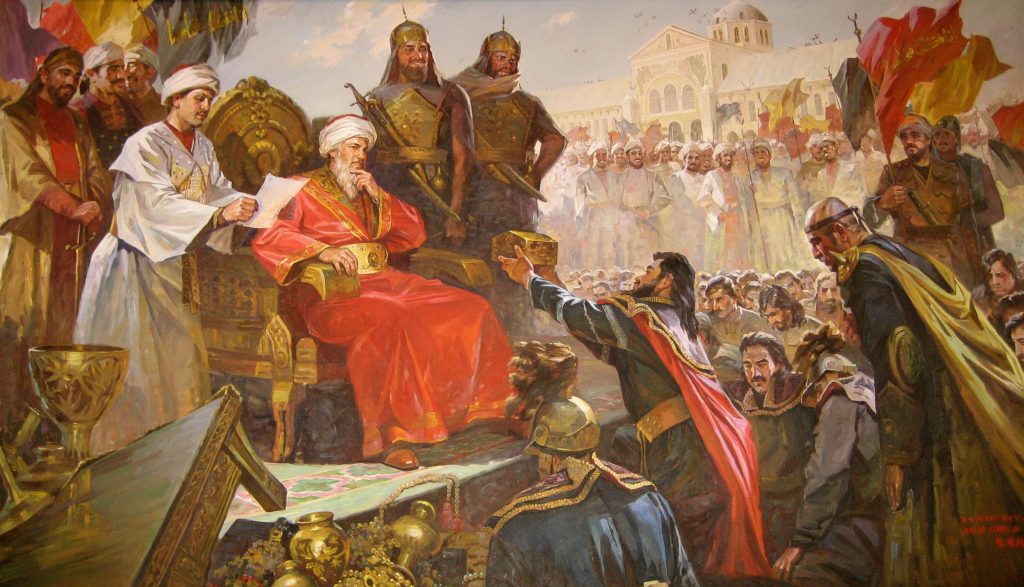 The news of the defeat spread as fast as the advancing Arab Berber armies and the inhabitants did indeed hide all Christian relics including the statue which was sealed in the wall along with two lighted candles inside.

The Moorish armies arrived in Magerit which they expanded and eventually Muhammad I of Cordoba established the fortress Alcazar ( the present site of the Royal Palace) in around 850 before adding the Al-Mudayna wall to surround it.

The exact location of the statue remained a closely guarded secret by the Christian inhabitants and passed down from generation to generation by word of mouth.

During this time the legend of the Almudena powers spread throughout those Christian lands which had resisted the Moorish advance.

After more than 300 years the Christian reconquista under the Castilian king Alfonso VI retook the now much larger town in 1013 as part of his campaign against the Taifa of Toledo which ruled much of central Spain including the modern day Madrid region. 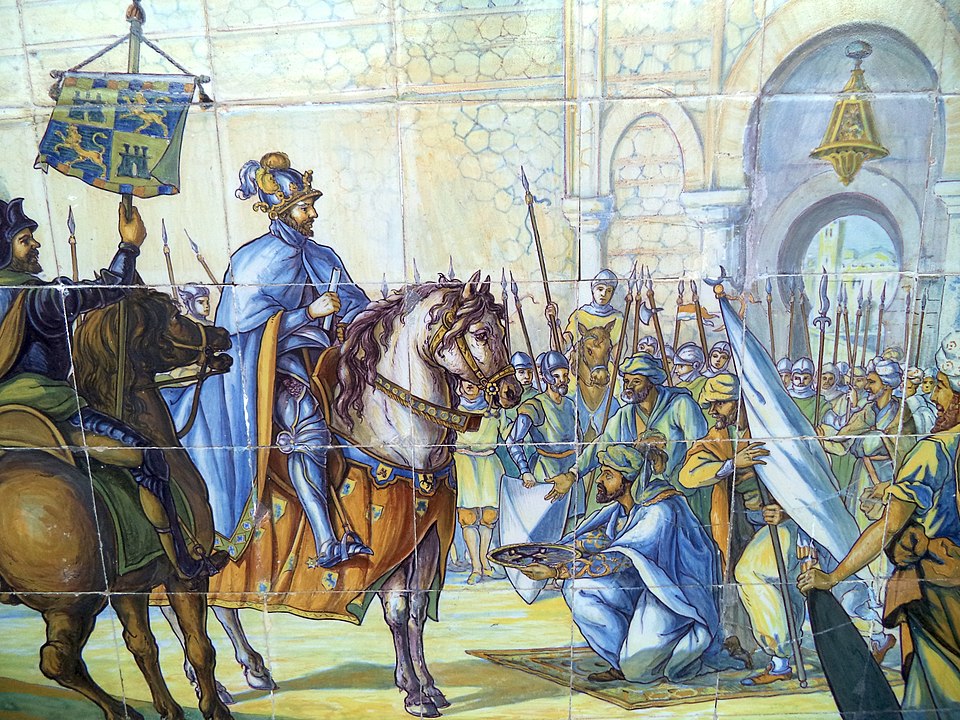 The Christian king was determined to recover the statue and our story now turns to a little girl called Maria whose mother had told her where the statue lay. Alas her mother had died by the time the king´s army had liberated the town and to her horror the little girl could no longer remember the location.

The King was more than displeased and in a fury swore that he would tear down the walls unless the statue was found. All the inhabitants gathered and along with the king and the little girl implored divine intervention to reveal the statue to them. As the procession proceeded by the wall Maria let out an unholy cry and just at this moment the part of the wall which had sealed the statue for over 300 years fell – revealing not just the statue but the two lighted candles…..which were still burning.

In commemoration Alfonso re-consecrated the mosque as the church of the Virgin of Almudena which today is the Cathedral of the same name. The present Cathedral was only completed in 1993 and consecrated by Pope John Paul II.

The original 1st century statue has been lost to history though. The present one dates to the 16th.

Today the Feast Day of La Almudena is one of the capital’s most important festivals and the same procession winds its way along the route of the long gone city walls with a stop for an offering of flowers followed by the solemn mass in her honour in front of the Cathedral´s doors before the statue of the Virgin herself is taken on a route that dates back to that day with Alfonso and a little girl called Maria. 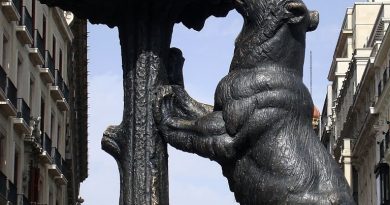 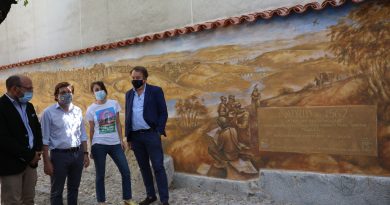 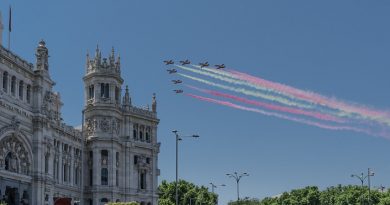