Skip to content
Art & Culture What’s on in Madrid
May 23, 2019 Madrid Metropolitan

Soak up the atmosphere on the historic Santiago Bernabéu tour

Having grown up as the son of a professional cricketer I have never really been easily impressed when it comes to sports stadiums or tours, having spent much of my childhood in dressing rooms and hospitality areas of various cricket grounds. There is, however, a big difference between cricket grounds and football stadiums. Then there is the difference between most football stadiums and the Bernabéu. From the moment you start walking up the stairs of the most prestigious and well-known stadiums in the footballing and sporting world you realise you are entering somewhere special. Upon reaching the highest point of the 81,044 capacity stadium you are mesmerised by the vastness of one the world’s largest football stadiums where you can take selfies with the unique panoramic view in the background. It is testament to the pull of Real Madrid that the excitement of this moment is not reserved only for those wearing Bale or Ronaldo on their backs, with football fans from all over the world wanting to experience this magic moment. 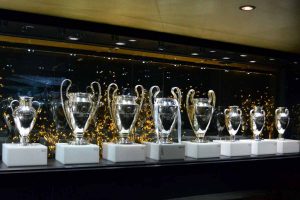 And the magic is only just beginning. Once inside the start of the exhibition you enter a world of atmospheric lighting displaying the ever-growing trophy room and prize cabinet of the best club in the history of the game, from the record 33 La Liga titles to the astonishing 13 UEFA Champions League titles. The club´s history is is evoked through heritage kits and memorabilia dating back to the clubs origin in 1902. 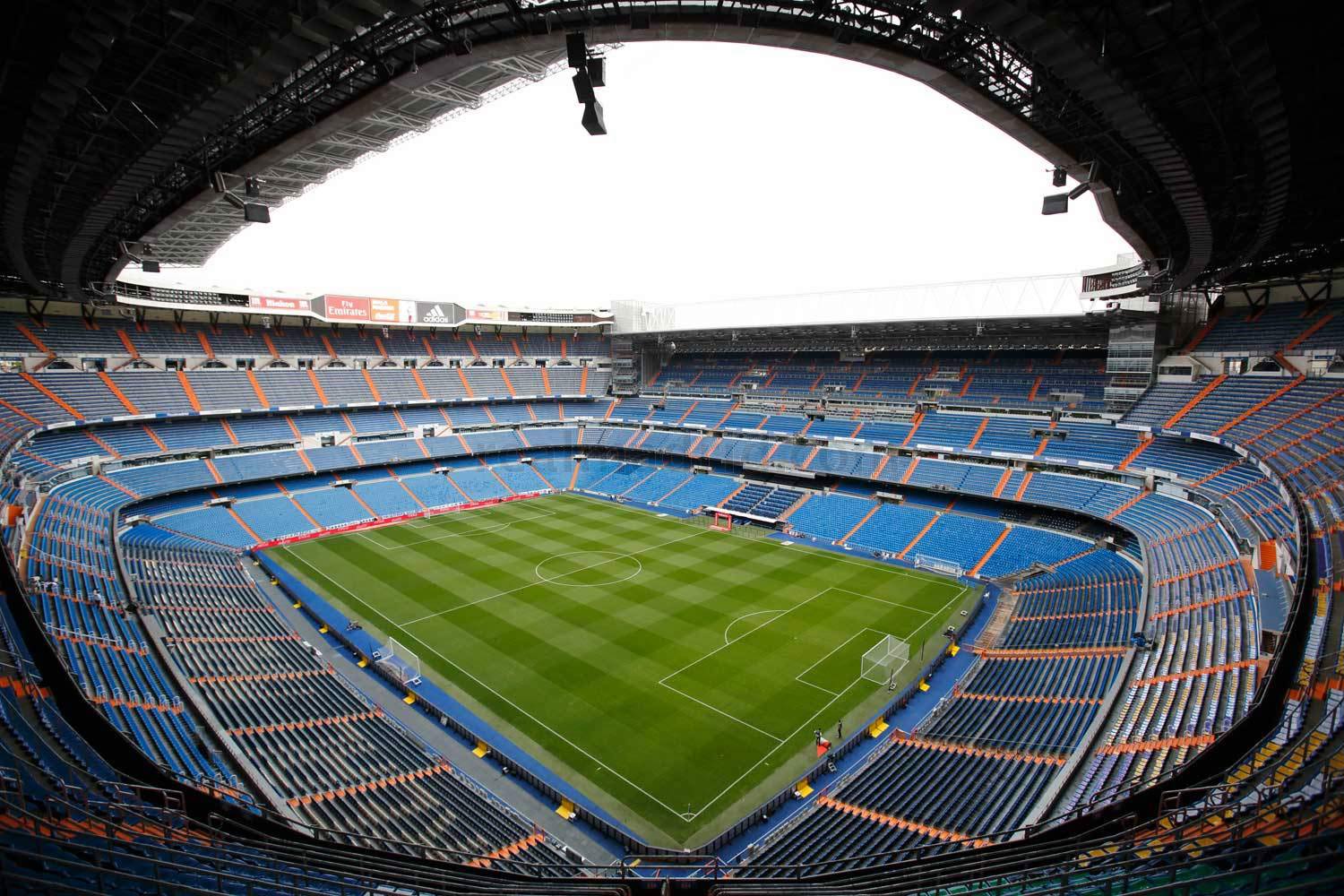 There are areas with huge screens that replay the clubs most famous moments and interactive touchscreens where you can find out every stat about current and legendary players from the clubs history. Another section has a Willy Wonker-esque wall of gold tubes, each emitting a different fan chant when you put your ear closer. Towards the end of the tour you also get the opportunity to enter a simulator offering a virtual journey from Valdebebas to the Santiago Bernabeu in a replica team bus experiencing exactly what players go through in the lead up to a big game. 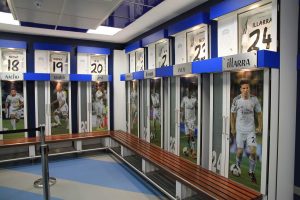 The changing room has with photos of players on the lockers, and from there you follow in the footsteps of idols such as Zidane, Ronaldo and Beckham up onto the sidelines. Although you don’t actually get the chance to walk on the pitch itself, being so close allows you to imagine what it’s like to walk on the hallowed turf itself. You can almost hear the cheers inside your head as you sit down on the space age seats and experience first hand the view that Zidane and Ancelotti have had when leading Real to their many famous victories over the years. Many will imagine they have just scored the winning goal as they sit in the press room and pose for photos where many players and managers have given their after match analysis. 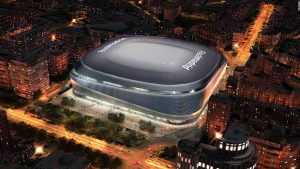 It is easy to see why over a million people a year visit Real Madrid’s home since 1947 making it Madrid’s third most popular tourist attraction. As if the Santiago Bernabeu wasn’t impressive enough already, fans also have the chance to see the plans for the €400 million renovation that club president Florentino Perez has promised will make it “The Best Stadium in the World”.

If you had asked me before the tour which of Madrid’s two biggest clubs I would lean more towards I would have chosen Athletico, as I have always steered away from glory supporting. However even I will admit to having been swept up a little by the magic of the Bernabeu and next time I’m asked I might well change my answer.

The Santiago Bernabéu Tour. Tickets from €18. Information and bookings at www.realmadrid.com/en. Tickets also available at the stadium at Box Office 10, beside Gate 7 (Paseo de la Castellana, entrance at Tower B).