Every Saturday at around 5:00 in the afternoon, 25 Philippine nationals come together at Plaza Remonta Metro Valdeacederas. Donning simple T-shirts and jogging pants, they sweat it out until around 7:00 at night, trying to master mind and body techniques, at the same time, infusing in themselves the discipline and the strategies necessary for real life combat situations. The group is tentatively named The Madrid OFW Self-Defense Club, awaiting official registration.

The club is initiated and organized by Lyndon Moral Elemia, a licensed and certified instructor of TRACMA (Trovador Ramos Asian Consolidated Martial Arts), and concurrently one of the chief instructors of the TRACMA Chapter in Spain.

In 2015, Lyndon left his government post in the Philippines to join his wife who has been working in Spain for several years now. Equipped with a Political Science diploma and a Master’s degree in Public Management, the uncertainties of living in a foreign country somehow terrorized him. But because his job in the Philippines also didn’t have so much promise for someone like him who’s got big dreams, he left his home city, Dumaguete.

While he knew that the probability of him landing in an office job in Spain is nil, it didn’t discourage him from trying his luck in the land famous for the flamenco and paella, the land which produced the renowned Pablo Picasso. Armed with grit, faith in God, love for his family, and his indomitable spirit to transcend life’s trials and jokes, Lyndon began his journey as an OFW in Spain.

As a new resident of Madrid, he found himself battling with so much –– extremely cold weather followed by the onslaught of hot, balmy climate,  homesickness, language-related challenges, and the physical problems that he inherently had even before he left his country that were aggravated because of the new situation he was in. And of course, the continuous search for a better job.

In his journey, there were more downs than ups; more bumps than planes; more desperate moments than enjoyment. Yet, he endured everything because he loves his wife and his one and only son. 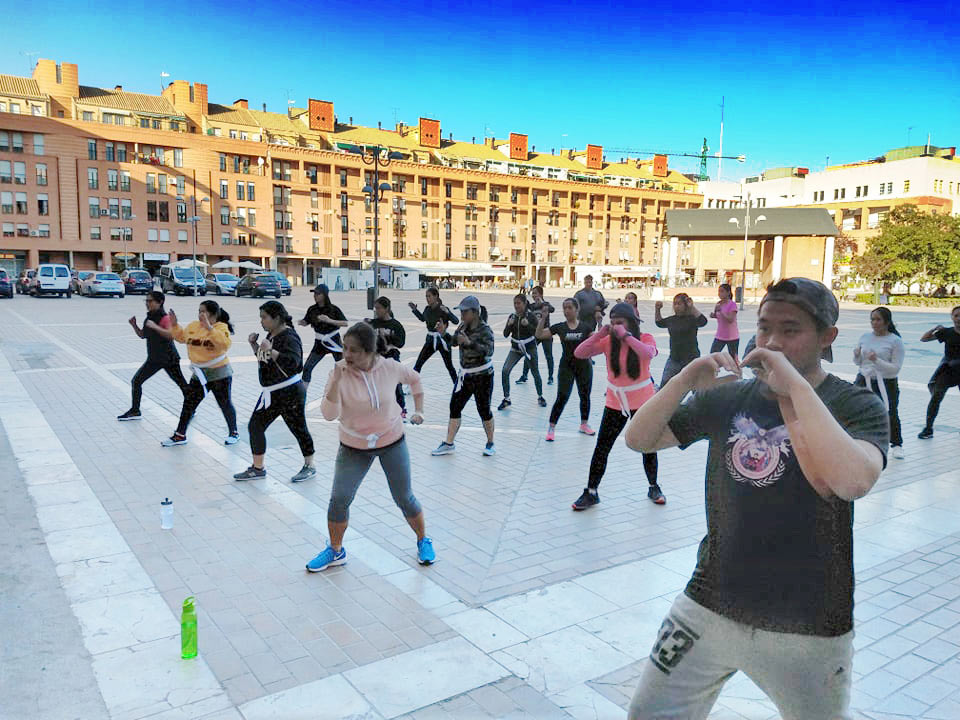 Lyndon’s journey is not uncommon. Thousands, in fact, millions, of OFWs around the world go through similar conditions and experiences. But what separates some of these OFWs from the many is the determination of these few to rise and go beyond the stereotype overseas worker whose only gain when they go back to the Philippines is having some money in the bank.

A few OFWs, the likes of Lyndon, and his trainees, aim for more. They just don’t crave for the Euros they will earn, instead, they try to save every moment of experience that they go through while working in Spain. This is one reason why Lyndon organized the self-defense club. It wasn’t just his passion for martial arts or Arnis. It wasn’t just because he needed company or the need to be with his fellow Filipinos.

The same way for his trainees, when they joined, it wasn’t just because they saw the need to learn how to defend themselves or the need to congregate with other overseas Filipino workers. They had this vision of themselves that when they go back to their country of origin, they will be “more” than who they were when they left. They will be “better” human beings than the individuals who packed their bags many years ago and left for Spain. They wanted to show to the world that despite the hardships, the loneliness, the frequent desperations, they have what it takes to survive. They want to show to the world, that as they wait for their respective dreams to come true, they are doing something worthwhile, something that they can also share with others.

The Madrid OFW Self-Defense Club is actually not just about learning how to defend one’s self. It isn’t just about knowing how to kick and deflect, how to dodge the enemy, or when to give the lethal blow. It is more about sharing one’s expertise even when one’s heart is hurting. It is about listening to another worker’s frustration even when deep inside, emotions are also worked up and perhaps sweltering with a personal pain. It is about extending one’s self even when at times, there is nothing much to give.

Everyone in this club is a novice to martial arts techniques. It is certain that most of them are struggling with the moves and the discipline being inculcated. Yet, everyone is determined to master the art, not just of defending one’s self, but the art of confronting life with grace, as they await the fulfillment of their dreams. 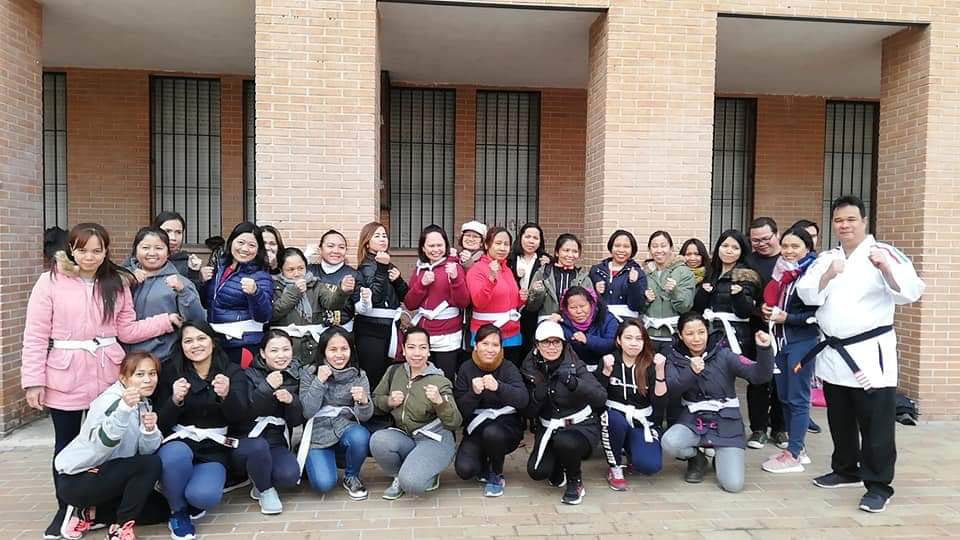