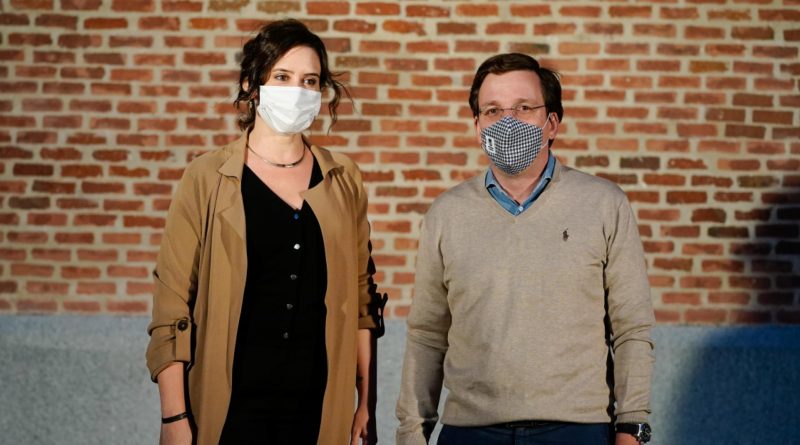 The continuing surge of coronavirus cases in the region is causing growing concern for public officials.

The regional government headed by Isabel Diaz Ayuso have announced a series of measures designed to combat the spread of what appears to be a second coronavirus wave. These include the closing of all open air and indoor public swimming pools as well prohibiting access to the regions 3,000 parks, gardens and open green spaces between 22.00 to 0800.

The focus has moved to discouraging young people from congregating together especially for botellones and which is now considered a major cause of the virus spread within the age group.

Police patrols have been increased and fines for outdoor drinking issued. The number of reports filed by the Madrid policia local rose by 57% in July compared to the same month in 2019.

he Madrid Río park, which stretches for more than 10 kilometers along the capital city’s Manzanares River.

In the case of the swimming pools, which in previous years have remained open during September, the mayor said that these had been examples of “good management,” and that there have been no outbreaks related to them, but that “we have to get ahead of the virus.”

Madrid is not the only city in the region that has taken similar measures to avoid crowds in these public spaces. One of the first councils to close such areas was that of the satellite city of Fuenlabrada, which on Monday announced that it was suspending all cultural programming, closing facilities for children, and increasing police monitoring of public spaces.

San Fernando de Henares has done the same with children’s areas, and has also closed off areas where botellones usually take place. A similar approach has been taken in Leganés, which has undertaken a disinfection operation in “critical areas of the city,” such as the entrances to healthcare centers, pharmacies and garbage disposal areas.

In the case of Alcorcón, the council has opted to temporarily banish vehicles from certain streets in a bid to help citizens maintain a safe distance from one another. San Sebastián de los Reyes has also approved a raft of measures against the virus, including the closure of parks, while in Arganda del Rey they are also bringing forward the closure of swimming pools and restricting access to green spaces between 10pm and 8am.