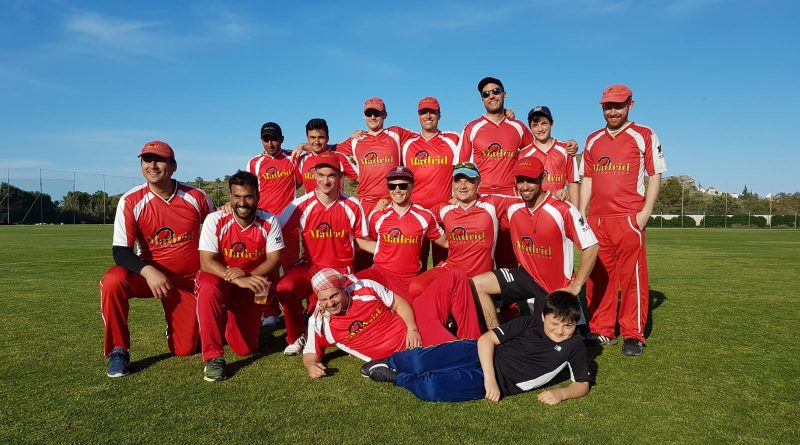 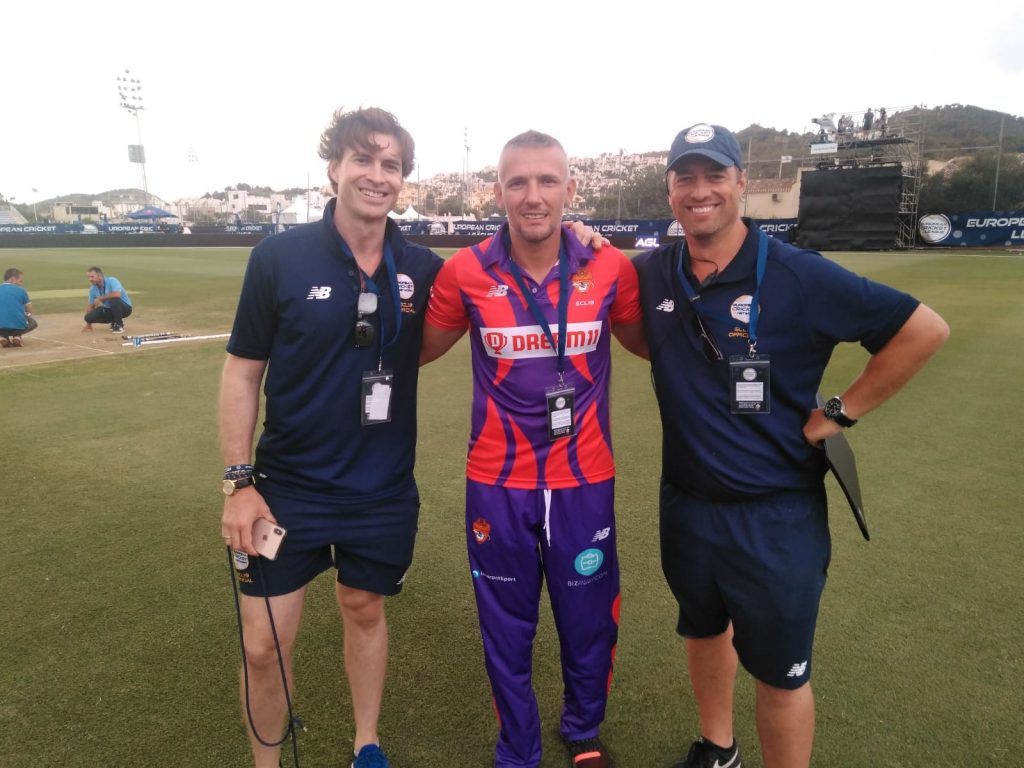 I moved to Majorca when I was 22 and then to Madrid in 2001, where halfway through my first year I saw an ad from a guy called Tom looking for someone for a knock around. Only 2 of us answered so at first it was just 3 of us knocking a tennis ball about on a basketball court near Estrella. However every month a couple more people joined and within a year we had enough people to start training properly. We made an agreement with the British Council school in Pozuelo to use their astro turf pitch where we stayed for a few years. We actually refounded the club as it started in the 60s but had disbanded a few times. We kept the club name but started from scratch, designing a new logo and buying all new kit.

What reaction does cricket get from Spanish people?

When we first started people would just stop and stare and think what the hell are they doing and just walk off. Some would come up and ask what we were doing but in the start Spanish people didn’t really want to get involved. However we now have Spanish members in the club and players from 14 other Nationalities. If you say you play cricket Spanish people think you mean croquet or they start asking about horses thinking it´s Polo. I tell them that the most similar sport, although nothing like it, is baseball and usually show them pictures for clarification. When we started it took us 5 years to get cricket official recognised as a sport as it was classified as a hobby, even though it is the second largest sport in the world.

What type of things does the club do throughout the year?

We play in 3 leagues- the Madrid league that in mainly about getting people to play, the ECCL Division 1, where we play against teams on the coast and the ECCL T20 League.We offer many social activities throughout the year including bowling and darts nights and run weekly training sessions in fixed nets. We also run a Kids club and are currently setting up a womans team. For 12 years we have organised charity tournaments supporting UNICEF, The Theodora Foundation and for the last 3 years refugees in Serbia. I travel to Serbia annually with club vice president Lewis where we deliver cricket equipment to camps and run 2 days of cricket sessions, nets and mini tournaments. 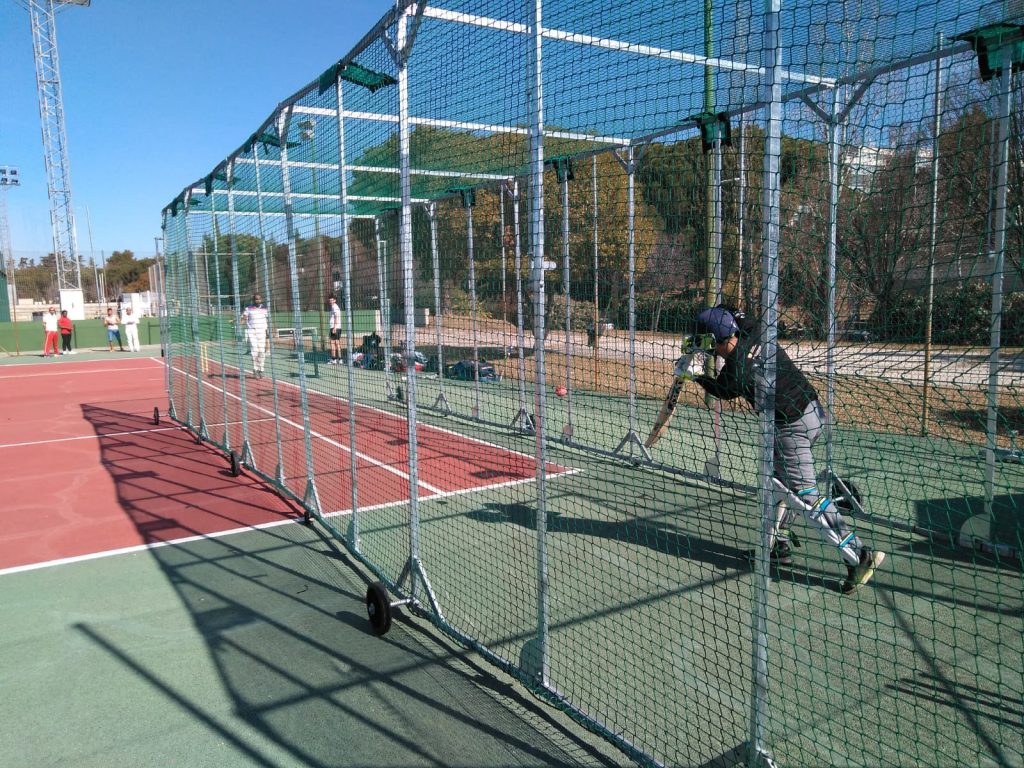 What are the main differences between playing a game in England and in Spain?

If you play a home fixture in England you would normally leave your house and travel down the road to your home ground. In Spain it takes 2 weeks to organise everything and we drive 4½  hours to our home ground in La Manga. We stay in a hotel for the weekend costing about 150 euros per player and play a game on the Saturday and Sunday meaning a  900 km round trip. There is one ground closer to Madrid but it has no fences, bad facilities and weeds and screws on the outfield meaning no diving to stop a ball if you want to leave a match uninjured! It can hit over 40 degrees during summer games so it is important to take lots of umbrellas and some members have to pile on the suncream more than others.

What are your hopes for the future of the club?

The clubs biggest dream is to have our own ground as so far we have survived 19 years without one. If we managed to secure a permanent ground cricket would take off in Madrid- we have the money saved to put a pitch down but we need to find a piece of land. If this happened in the first year we could have a Madrid league and Kids cricket would expand as we could offer schools trips to the ground. Madrid is the key to open cricket in Spain and so it is also important to get the sport Federated.

This year also sees the second year of the European Cricket League which is great publicity for Spanish cricket, having been watched by 140 million people last year.

Madrid CC membership is 100 euros a year which includes all training sessions and use of equipment, public liability insurance, membership to Cricket Espana and all socials