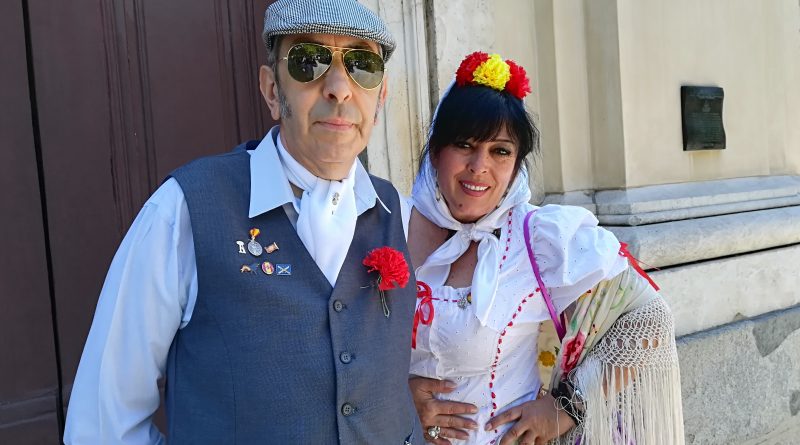 The 15th August and Madrid celebrates it´s virgin feast day . This year due to ongoing restriction there are no parades and street festivities but it will be marked nonetheless for La Virgin de la Paloma is the queen of the Madrid fiestas. Kris Sinclair Krsitianson takes a look at it´s origins. 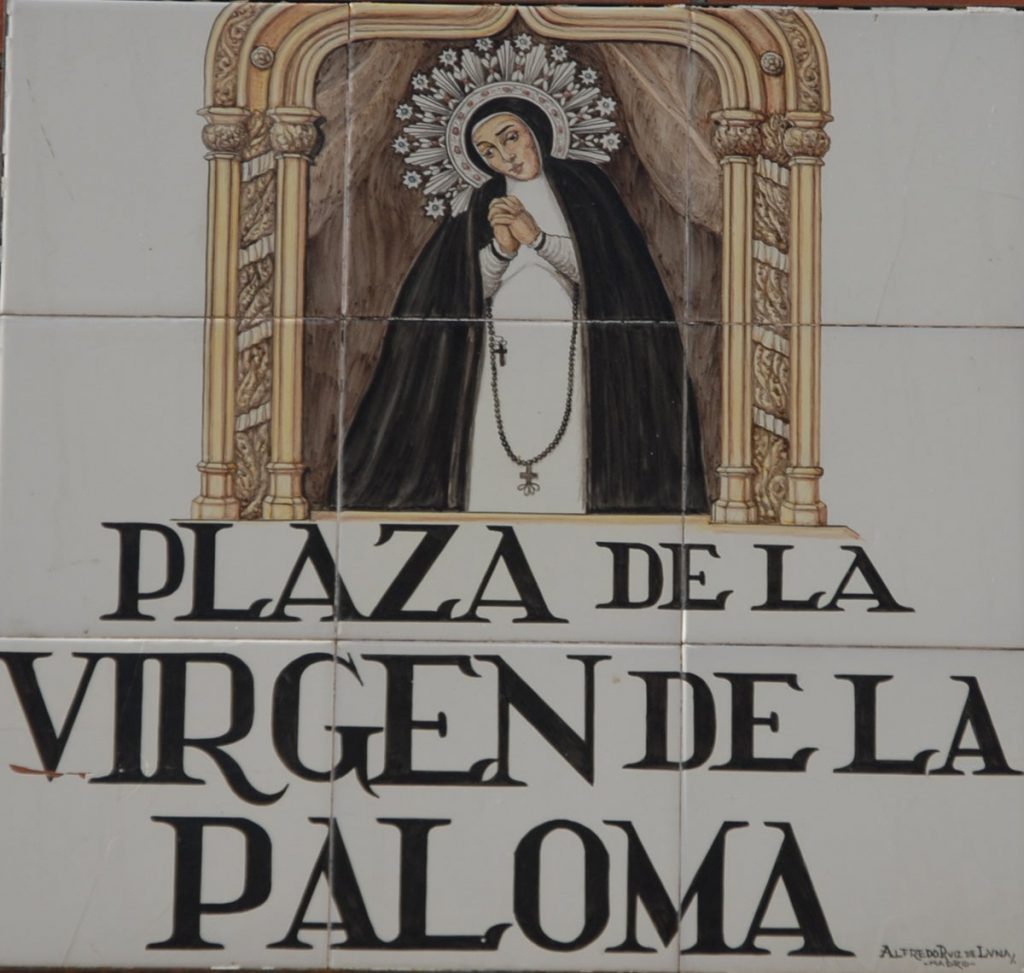 It all began on a simple note in an open space in la calle de Paloma (near La Puerta del Toledo) at the end of the eighteenth century – 1787 to be precise. Some lads playing on the ground
stumbled upon a canvas bearing a woman resembling a nun holding a rosary.

It caught the eye of a young lady passing by. She called to the boys and offered them some coins in exchange for the remarkable painting. Isabel Andrea Tintero cleaned the canvas thoroughly and displayed the picture in front of her humble abode.

Soon devotees from the neighbourhood flocked to pay homage to La Virgen de la Soledad (solitude) later to be known as a La Virgen de la Paloma named after the street where the canvas was found. Almost immediately people from other parts of Madrid followed suit.  María Luisa de Parma (consort to IV) was a frequent visitor after her son was cured of a serious illness. Later on Queen Isabel II also became a regular follower.

In 1796 a small chapel was erected by Francisco Sanchez – a disciple of Ventura Rodriquez (who designed the prestigious Cibeles Fountain, El Palacio de Liría and the capilla del Palacio
Real among other noted monuments) combining elements of Mudejar (Moorish style) and Gothic styles. When the French invasion came about Isabel Tintero was forced to conceal the painting.
Finally, in 1896 a church was erected. It was designed by Lorenzo Alvarez Capra (Teatro de los jardines del Buen Retiro de Madrid and the Spanish Pavilion at the Viennese exhibit in 1873
amongst other notable monuments.) and Dimas Rodriquez Izquierdo. Finally, the Virgen de la Paloma church was inaugurated by King Alfonso XII and his wife Victoria Eugenia in 1912.

The house of prayer was revamped in 1978. Unlike other churches the pews are laid out very differently creating an assembly around the altar and there is an octagonal structure with
seven steps leading down to the baptismal font where mass baptisms are performed. The Virgin is the patron saint of expectant mothers who return to the church to give thanks
when the babe is born. 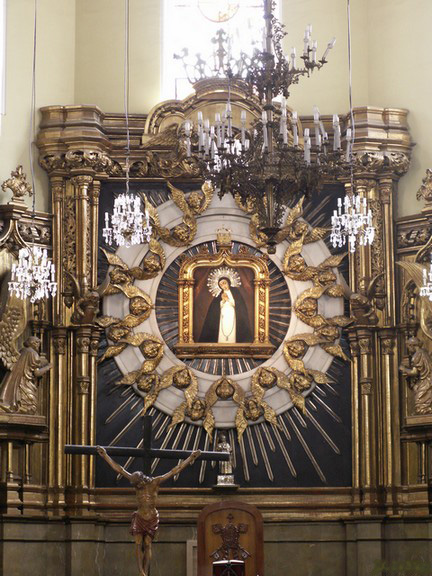 She is also the patron saint of firefighters. Incidentally, a station for the firemen was built nearby. After the mass the ceremony begins when the painting is lowered by some firemen and placed
on a pedestal. The procession begins with music. The image is borne through the streets in the Latin vicinity and returns to the church whereby the picture is returned to the altarpiece.
The night before the highlight of the fiesta is the performance of La Virgen de La Paloma zarzuela (a light opera). The zarzuela centers around Susana and Casta (two lovable chulapas),
Julian (an account at a printer´s shop), his aunt La Seña Rita and Don Hilarión – the alchemist with such popular lyrics as ¿Dónde vas en tu manton de Manila? Premiered 125 years ago the zarzuela based on the libretto by Ricardo de la Vega (1839-1910) and with music by Tomas Bretón (1850-1923) based on the libretto draws huge crowds every year.

When the fiestas come to a close the madrileños and sightseeers can hear George Baker crooning away “Una Paloma blanca, I am just a bird in the sky….” The fiesta is sure to linger on
for many a day.