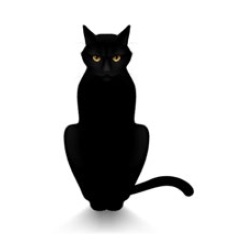 What’s in a name and where does it come from?

Ask a Madrileño if he is a ‘gato’ and you are more than likely to be met with a nod and a smile. However we have to go back into the annals of history to find out where the name came from.

The occupation of Spain by the Moors occurred during the period 711 to 1492. The re conquest of Spain by the Christian Kings was spread over several centuries and it was one Alfonso VI, King of Leon and Castile, nicknamed the ’ Brave’ who, in 1085, finally captured the vitally important and multi-cultural Moorish capital of Toledo.
However before this he was faced with taking the Moorish town and garrison of Magerit, now called Madrid, lying some 70 km to the North. The garrison was not overly large but it was well defended with stout high walls and Alfonso could not afford to have it remaining in his rear.

AND so in 1083 Magerit was invested and put under siege. Without the weapons to reduce the walls the usual means was to offer terms of surrender failing which scaling and attacking or to starve the inhabitants out both of which would be costly and lengthy.
The evening before the morning attack a young boy was brought before the King, he had escaped from the garrison and had an outlandish idea. He was a skinny little thing and said he could climb the walls and on reaching the top would lower a rope down for the other troops.

The King was amused but with nothing to lose told to boy to have a go. The King and his followers watched the boy creep up to the walls. It was very dark and the boy was nothing but a shadow but, searching for handholds, the ‘shadow’ crept and crawled up the face of the vertical wall.

‘He climbs like a cat’ said the King mesmerized at the slow but remorseless progress.
Reaching the top, unoccupied by the defenders, the boy lowered the rope and one at a time the Kings soldiers joined the boy, surprising and taking the Moors in the rear. The gates were forced opened, the battle was short and fierce but eventually won.
The King heaped praised on his ‘cat’ and the name stuck and future generations of Madrileños still wear the name with pride.