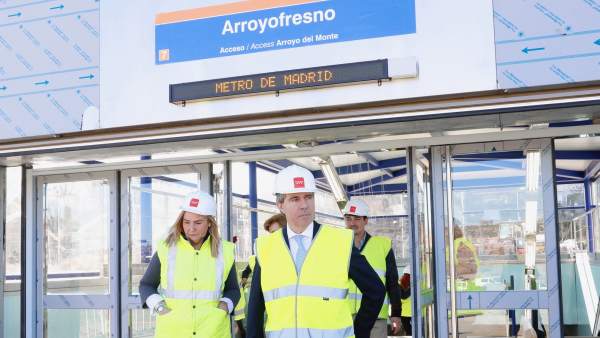 Ever since the far off days when Madrid Regional President Alberto Ruiz-Gallardón announced the extention of Line 7 to Pitis with an expected opening for Arroyo del Fresno end of 2000 to beginning of 2001 the neighbours have been waiting for this to actually happen. If it actually does –  and some neighbours have their doubts, the present regional president Ángel Garrido will do the honours along with the Minister of Transport, Rosalía Gonzalo on the 23rd March.

The Line 7 extention to Pitis where it joins the Cercanias overland service was opened in 1999 but the penultimate station stop before the mainline station which was included in the then extention and was constructed was never opened.

At the time the authorities deemed that the lack of local population would make it uneconomic and therefore although the line went through the station – it was never opened. The then Regional President Alberto Ruiz-Gallardón announced that it would be opened shortly after the main extention – late 2000 to early 2001 was his prediction at the time. In fact, despite the massive increase in the population size of the catchment area,  the station fell into disrepair with two failed attempts to have it opened – the most recent in 2015 – much to the frustration of the locals.

With additional funding of nearly 5 million Euros it is hoped that this time it will be third time lucky.