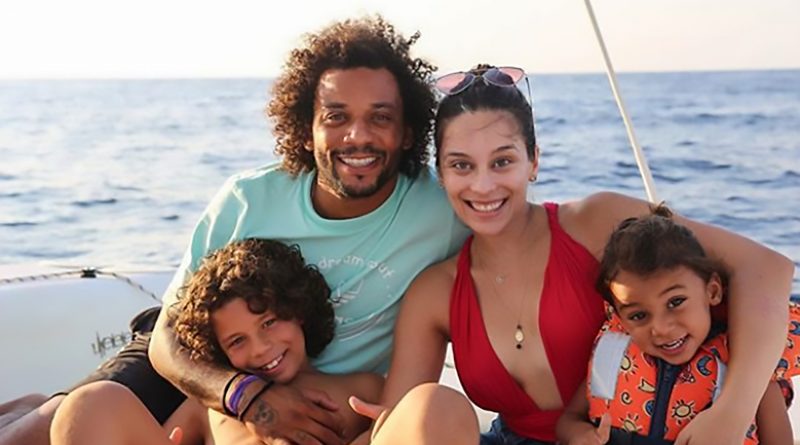 Marcelo’s actress WAG has hinted that the Brazilian could be on his way out of Real Madrid in a cryptic social media post.

The defender’s stunning wife Clarice Alves posted the message after her husband did not make it off the bench in Real Madrid’ 4-1 defeat to Ajax last night.

The post was a quote from the book ‘14 Rules For Being You’ by motivational writer Marc Chernoff and reads: “Know your worth. When someone treats you like you’re just one of many options, help them narrow their choice by removing yourself from the equation. Sometimes you have to try not to care, no matter how much you do. Because sometimes you can mean almost nothing to someone who means so much to you.

“It’s not pride – it’s self-respect. Don’t expect to see positive changes in your life if you surround yourself with negative people. Don’t give part-time people full-time positions in your life. Know your value and what you have to offer, and never settle for anything less than what you deserve.”

Marcelo, 30, has lost his place in the side under Santiago Solari to Spanish youngster Sergio Reguilon and has been linked with a move to Italian giants Juventus.

Actress Alves has previously hinted the Brazilian full-back could follow his good friend Cristiano Ronaldo to Italy by claiming the Portuguese’s departure from Real Madrid left a “vacuum” in their lives.

She said: “We have felt it because we got on really well his family. I know his mother well and Georgina [Rodriguez] is charming. Furthermore, my son is really good friends with Junior, Cristiano’s son. So it has left us with a big vacuum.”