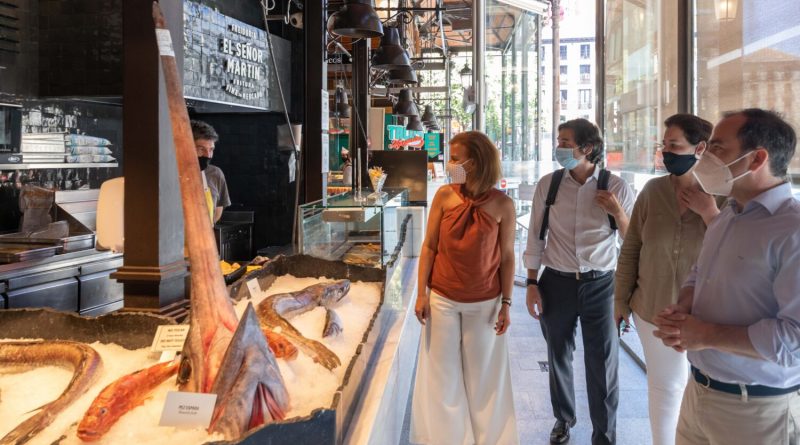 Madrid´s minister for Tourism Almudena Maíllo, today visited Madrid´s iconic Mercado de San Miguel to show support for it´s re-opening to the public after over 3 months of closed doors due to the lockdown. 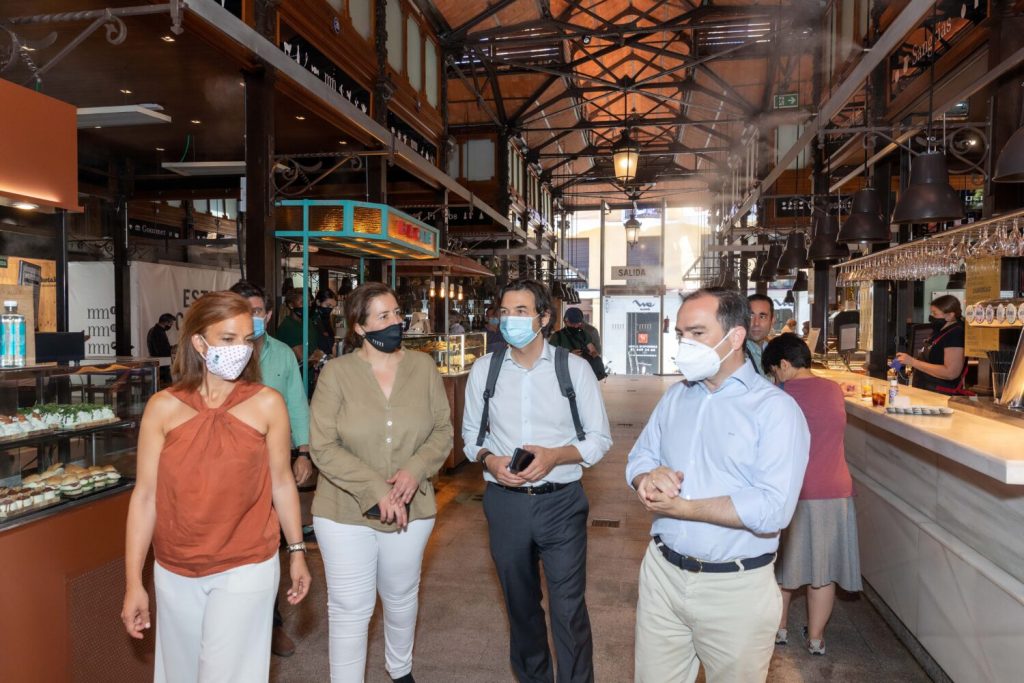 The indoor market was first opened in 1916 and was renovated as a premium gastro food hall by a private consortium who re-opened it in 2009. Since then it has been a hugely successful addition to Madrid´s culinary scene and popular with tourists with an estimated 10 million visitors a year.
With incoming tourism returning and flights resuming the market is keen to promote itself with strict social distancing measures and hygene protocols in place. 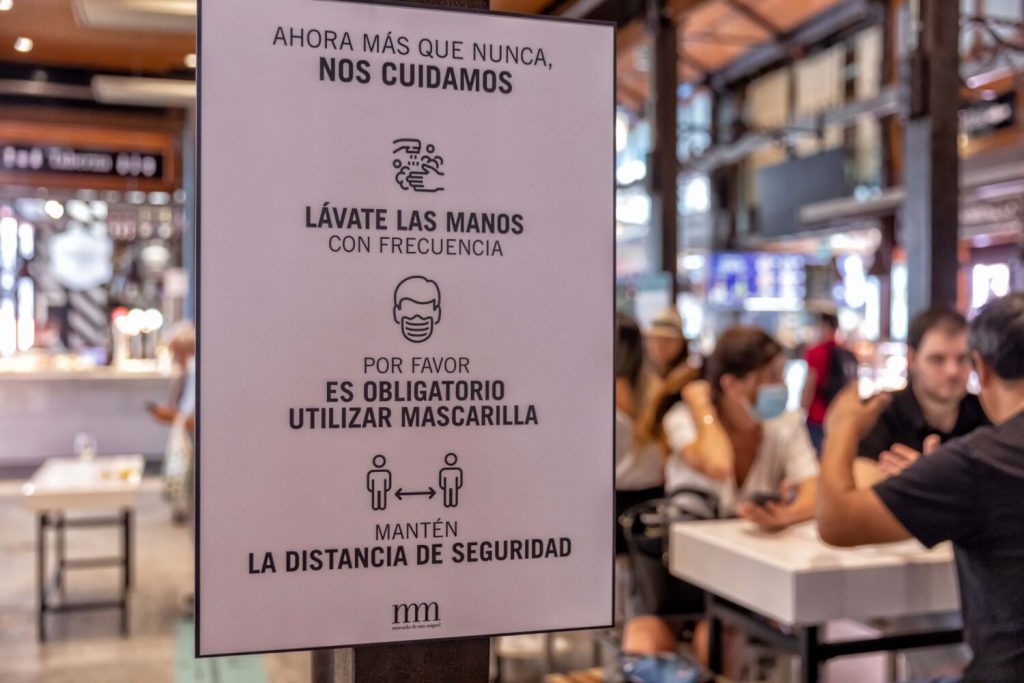