On 1 st October, Hastings School, a British and International School located in the centre of Madrid, officially opened the Hastings Nexus, a new campus for British education which
introduces students to their first pre-university experience. 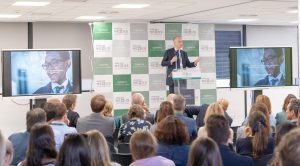 Hastings Nexus was created with the aim of providing a more effective environment where pupils can develop not only their autonomy as students but also the so-called “21st century skills” (communication, critical thinking, teamwork, resilience) required in a rapidly changing world.

The 3,500 m 2  campus encompasses 24 classrooms, 3 STEM laboratories (Science, Technology, Engineering and Maths), 4 Art laboratories (photography, Maker Space, drawing, painting and sculpture), 1 library/study area and 1 cafeteria.  There are 1000m2 divided into areas for group work and rest, and even a hydroponic vertical garden.
At Hastings Nexus, they offer a British curriculum based around a core of A levels, a highly personalised programme that allows students to tailor their studies by choosing subjects that best suit their interests. It is a Sixth Form education that looks beyond school to help ensure young people are ready for the challenges and opportunities of the 4th Industrial Revolution.

During the opening event, presentations and talks about the world of education and its role in society were given by Stuart Rolland (CEO of the Cognita Group in Europe), Guy Claxton (recognised educator and creator of the Learning Power Approach), Derek Browne (CEO of Entrepreneurs in Action), and Simon Camby (Cognita Education Director). Fernando Furones, an ex-pupil of Hastings School, also took part in the institutional act and emphasized that he could take on and achieve not only his professional objectives, but personal challenges too, thanks to the tools provided by the school. 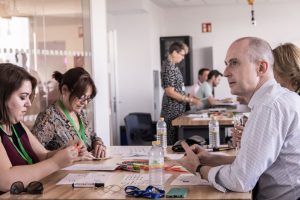 Tim Hemmings, the Deputy British Ambassador in Spain, closed the ceremony praising the opportunities that educative formulas, like the Hasting Nexus, provide to strengthen the connections between Spain and Great Britain, educating students with an international profile who are able to develop their studies in both countries. This event hosted numerous guests from the British scene in Madrid, such as representatives of the British Council or the British Chamber of Commerce.

Hastings Nexus is the second pre-university centre opened by Cognita in Spain, following the same educational concept as BSB Nexus, the Sixth Form pupils’ campus at The British School of Barcelona which opened its doors in 2008.