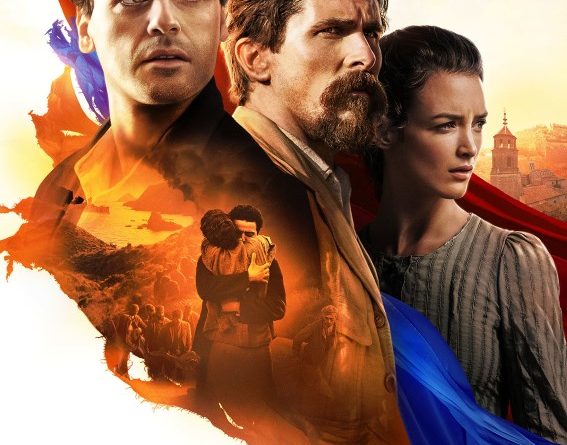 As spring temperatures slowly creep up to the stifling 11 of a Madrid summer, the cinema’s AC is more tempting than ever. Old European backgrounds loom large in this month’s films – albeit with a mix of the historical and the supernatural. We’re off to Warsaw, Turkey and London. We have mummies, superheroes and if Bale means film not football, June might be for you.
Released on the 2nd is The Promise. The film, starring the always excellent Oscar Isaac and Christian Bale, takes place in Turkey during the fall of the Ottoman Empire. Chris (Bale), an American journalist and Mikael (Isaac), a medical student, both fall for the same woman, Ana – played by Charlotte Le Bon. As the trio work through their feelings the world around them grows increasingly chaotic and their lives are in danger. The film deals with the persecution of Armenians – a sensitive subject that has struggled to find its way to the big screen. This production was independently funded and with careful attention to historical detail and powerful performances, the Promise should be a stirring emotional journey through a difficult period in early 20th century history. See it for something a little more serious.

The Mummy reboot lands on Madrid’s screens on the 9th of June. The film promises some CGI peril and conjures up some ancient world bad-ass baddies. The modern city under siege is London, and the man – forever running away from something – Tom Cruise (really, he does it in every movie), is on hand to survive, exorcise and evade an ancient evil which must be put back in its box. Spirits and curses are in order for this return to a popular series from the early 2000s. The original Mummy movies starring Rachel Weiss look tamer and less menacing than this new movie which will jump scare your popcorn all over the floor. The story starts with Cruise’s character Nick Morton surviving a plane crash only to be told by Russel Crowe’s dapper academic Dr Jeckyl, that the reason for his survival is a curse put upon him. Shapeshifting, revived, evil gods and dark scripture provide some of the hurdles Nick faces. Visually it looks stunning and may be an underestimated giant of the early summer. See it if you like adventure thrillers.

The next carriage in DC’s shiny new movie train is Wonder Woman. Could third time be a charm for DC after the underwhelming Batman Vs Superman and the bonkers, but half -baked Suicide Squad? For many Wonder Woman was the stand-out character from Batman Vs Superman and Bruce Wayne’s attempts to uncover her origins made for some of the film’s more intriguing bits. Here, she gets her own movie which fleshes out that inevitable origin story – now a staple of the superhero series. The film takes us back to World War One Europe and Wonder Woman, known to those around her at the time as Diana Prince, is aided by Chris Pine’s fighter pilot Steve Trevor as they dodge the bullets. Diana comes from a society of warrior princesses and Trevor washes up on her idyllic island and on learning of her incredible physical abilities he persuades her to fight for the allies. The action, in the real life setting of a war-torn European backdrop, looks good and harks back to the early 20th century wartime inspiration of many of America’s most famous comic book characters. As Wonder Woman Gal Gadot did a lot with her brief scenes in Batman Vs Superman and here looks likely to cement that potential with an interpretation of the character that will please the die hards and interest the newbies. Expect Easter eggs galore, loud, colourful production values and action. See it from June 16th.

Also located in Europe, on the 23rd we have the Zookeeper’s Wife. Jessica Chastain and Daniel Brühl play protagonist and antagonist respectively – Chastain the eponymous wife and Brühl a nazi doctor in Warsaw during the occupation and the rounding up of the Jews in 1939. After narrowly surviving a nazi bombing raid, Antonina (Chastain) and her husband provide a sanctuary for the persecuted using the hidden corners of their zoo. Dr Heck (Brühl), sniffing around the zoo, is fixated on the surviving animals and the twisted experimentation he wants to perform. The humanitarian elements of the film are particularly apt today as it reminds us of refugees and a fragmented Europe – interesting during this period of geopolitical divergence and questions of national duty and national interest.
So, lots to watch. Have fun and I’ll see you next month.
By Andrew James Ball
@AndJayBall

For a complete list of the latest VO movies in Madrid see:
https://www.angloinfo.com/madrid/events/movies 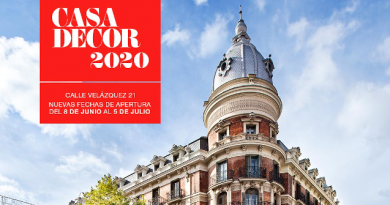 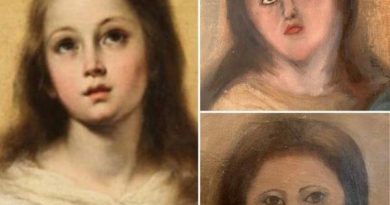 Virgin On The Ridiculous – Another Art Restoration Bodge Job