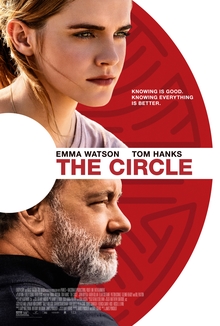 May’s bank holidays give us ample chance to catch a movie this month. Some of the Oscar winners are still hanging around in the cinemas. Also, try and catch Jake Gyllenhaal and Rebecca Ferguson in Life, exhilarating stuff!

It’s a real mixed bag in May. We have spooky, tense, paranoid and pirates.

Kicking off May we have The Circle. Lurking in our collective psyche in recent years has been the fear that the tech soothsayers in California are seeking to control us in ways we haven’t exactly signed up to. Advantages to increased human connectedness and increased knowledge are clear, but are interferences into our private lives ever justified and where should the line be drawn? In The Circle, Tom Hanks plays the tech Svengali who spouts sweeping visionary stuff to our young apprentice played by Emma Watson. Excited by the potential of the new, Watson’s character Mae is recruited and learns of the plans that big data has for the world. The movie, based on the novel by Dave Eggers, mixes paranoid thriller tropes with big dilemmas as it explores the blurring of boundaries between utopian and dystopian ideas regarding human behaviour. The Circle is released on the 5th and also stars John Boyega and Bill Paxton. It should be an interesting film.

Coming on the 12th is the long-awaited follow-up to the 2012 film Prometheus. Titled Alien: Covenant, this film is the second in a planned trilogy of Alien prequels. Michael Fassbender, Guy Pearce and Noomi Rapace reprise their roles from the previous film as the crew continues searching for new life. They find a planet which seems like an earth-like paradise but is hiding some dark, threatening surprises. Ridley Scott, again wearing the director’s baseball cap in this series, has long been thought one of the top visual masters in the game and the film predictably looks breathtaking. Expect frights and body horror. One to look forward to.

Kirsten Stewart stars in Personal Shopper which comes to Madrid’s screens on the 19th. The film finds Maureen Cartwright (Stewart) in Paris, working as the personal shopper of the title. She’s bored, directionless and is persisting with her job out of loyalty to her recently deceased twin brother. The siblings had a macabre deal concerning their deaths that intended to answer one of the biggest questions about human mortality. The film takes a turn towards the creepy when Maureen receives weird texts that may or may not be from the afterlife.

Looking like a jump-scare thriller-drama, the film is gaining some good reviews and the combination of grief, iPhone instant messenger and a Paris backdrop make for an intense and peculiar stew – something different, something spooky.

The much-anticipated Get Out arrives in Madrid’s cinemas on the 19th. Get Out tells the story of Chris, a young African American man (played by British actor Daniel Kaluuya) who stays with his white girlfriend’s family. The simple premise leads the viewer through a microcosm of the black experience of race in America – initially not the overt racism that one might expect but more the everyday, subtle, unintended kind that is so pervasive. The family’s cringeworthy efforts to appear okay with their daughter’s choice of partner is only the start of the creepiness that sets in and becomes a satirical screw that is slowly tightened by director Jordan Peele. The movie’s topical subject and its horror-satire has won over both critics and audiences and Get Out looks like an original, menacingly bonkers debut effort from the director. A must see.

On May 26th, the fifth instalment in a fan favourite juggernaut arrives. Javier Bardem stars alongside Johnny Depp in Pirates of the Caribbean: Salazar’s Revenge. By now the ingredients that keep the Pirates movies afloat are well known. The combination of horror-fantasy, high-seas bad guys and Jack Sparrow’s stumbling, nine-lives charm shows no sign of letting up. Many familiar faces from the earlier films are back for another slice of escapist adventure. Bardem looks great as the cracked zombie fly in Jack Sparrow’s ointment.

Enjoy. See you next month. 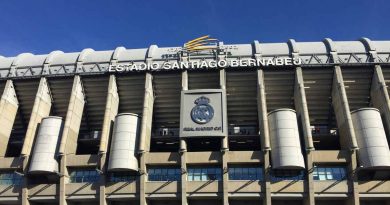 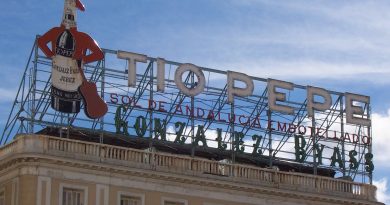