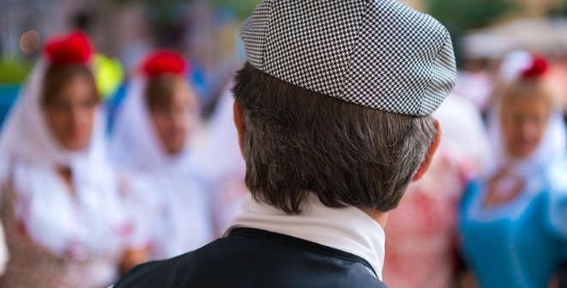 What’s on in Madrid
May 2, 2017 Madrid Metropolitan

WHAT’S ON IN MADRID this month. May brings a wealth of things to do and see in town.

The 15th May is of course dedicated to Madrid´s patron saint being Saint Isidore who is said to have performed over a hundred miracles not least of which was finding water and which is celebrated in the Pradera de San Isidro Park with chulapas and chulapos ( folks wearing traditional Madrid dress) drinking holy water springing from his shrine in Carabanchel then washing it down with cañas and all the grub of the fair. Plenty of fun for all the family.

Come to town as part of their 91st year celebrations with a show that will no doubt wow! Don’t miss Big Easy Lofton, Ant Atkinson, Hi-Lite Bruton, Thunder Law, Bull Bullard, Swish Young, Hoops Green, TnT Lister, Cheese Chisholm do their magic at the WiZink Centre on the 21st May.

Love the 90’s! is an electronic music festival gathering the top artists from the 1990s will try to enter the Book of Guinness World Records as the event with the largest number of people dancing Wighfield’s ‘Saturday Night’. WiZink Center will turn into a karaoke club, with renditions of Rebeca’s Duro de pelar, Chimo Bayo’s Así me gusta a mí and other electronic hits of the 1990s. Expect a crowded 16,000 full capacity cwrod at the WiZink centre 13th May

The 90s theme continues at the WiZink Centre on the 21st May with the return to Madrid of the Latino heartthrob who shows no sign of slowing down having filled stadiums across the globe in the last few years.
Madrid Book Fair

From the 26th to 11th June is the 76th Madrid Book Fair on Recoletos. The fair which has in fact been going since 1933 has become increasingly popular with public and publishers alike. Plenty of readings, book signings and an opportunity to peruse the nearly 400 stalls.

Madrid’s Plaza Matadero provides the venue for the Madrid Productores (farmers) market on the last weekend of every month, brings together over 90 artisan small food producers from the Madrid region. Plenty of small holdings, tastings and gastro samplings for all the family.

The 107th Madrid International Show Jumping Competition, which for the fifth year running is part of the Longines Global Champions Tour boasts three days of competitive show jumping bringing 21 teams from around the world with over 120 riders and 200 horses. Held again at the Villa de Madrid from the 19th to 21st May inclusive.

The Prado Museum is displaying some 200 works from the New York based Hispanic Society of America. The collection has some of the most iconic Spanish and Portuguese works from outside the Iberian Peninsula and includes Islamic and Golden Age Spain as well later pieces and Colonial Latin American art.