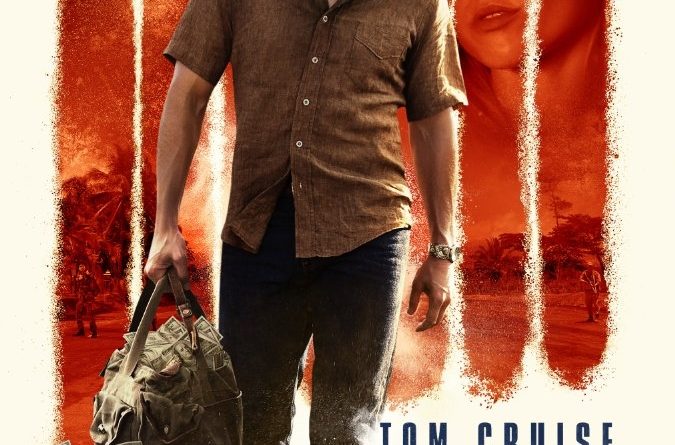 Greetings everyone, it’s good to be back – fresh from a rest. I hope July and August were full of ice cream and sand castles for you and yours and that the heat wasn’t too debilitating. Did you get to see Baby Driver or Dunkirk? Drop me a line and tell me what you thought.

It was a pretty good summer for film but now that the dog days of July and August are behind us and temperatures are beginning to simmer around the mid twenties, films increasingly look like the kind that may figure in Oscar chatter around New Year 2018.

On our screens in September and October we’ve got Tom Cruise again, horror, animated Lego, Detroit riots, Blade Runner, Thor, a super-creepy snowman and a big name documentary and more.

First up is the evergreen Tom Cruise. Cruise, whose Cruise control has been temporarily halted by an accident while filming the next Mission Impossible film, plays Barry Seal in American Made. Teaming up for a second time with director Doug Liman, after 2014’s splendidly bonkers Edge of Tomorrow, the film tells the true story of Seal, caught up in drug smuggling ’80s Colombia – between the Medellin cartel, the DEA, the CIA and the lure of cocaine riches. Reviews have been mixed with some saying that Cruise’s Seal is a welcome challenge for an actor who hasn’t been stretched in terms of a performance in over ten years, while others have seen his portrayal as hijacking a story which is full of dramatic potential. You be the judge. For me, Tom Cruise brings a dedication that always makes his films at the least, entertaining. Expect planes, perilous stunts, rise and fall and a mint-white smile. American Made is released on September 1st in Madrid.

The following Weekend (8th) Stephen King’s killer clown classic IT gets another re-imagining. Troubled kids riding ’80s BMX bikes in small town America are united by their sightings of the mysterious clown figure that lurks, trademark red balloons in tow, in their town, in cupboards, sewers, abandoned houses and nightmares. If you don’t like clowns to begin with, avoid this. The creepy clown returns every few decades to taunt the town and with his receding ginger hairline and mad, boiled-egg porcelain head the clown looks to be a horrific creation in this film. Word is that this is a decent horror movie.

Kathryn Bigelow, so far the only woman to win a best director Oscar, brings us Detroit on September 15th. After The Hurt Locker – for which she won the award – and Zero Dark Thirty, Detroit is another suspenseful slice of violent life. The film relives the events of the Detroit riots of 1967 which were sparked by a notorious case of police brutality in a Detroit motel. It looks loud, chaotic, and keeping with Bigelow’s simple style, real and unstylised. This could be in the running for awards and is one I’m really looking forward to. There has been a recent tide of films covering American racial tension in recent years and this appears to be another cold re-examining of American social scars. See it.

Back in 2014, Kingsman: The Secret Service was a surprise hit that really brought mad, bloody cartoon violence to the screen. It was great fun and I loved it. As an alternative to the increasingly serious Bond movies and with a huge fanbase, it was clear that a sequel would be coming. This time the scrupulously-tailored, hyper-British Kingsman gentlemen are teaming up with their American cousins, who in this world all dress in cowboy hats, drink bourbon and use a lasso in a dust up with the bad guys. The cast is impressive – with the usuals Taron Egerton, Colin Firth and Mark Strong, joined by Channing Tatum, Halle Berry and Jeff Bridges. The spies at Kingsman and their American counterparts at ‘Statesman’ are on the trail of shadowy forces which threaten to undermine the world as we know it. See it from September 22. Matthew Vaughn returns as director.

The same weekend sees the release of the third Lego movie. Following on from the first Lego Movie and The Lego Batman Movie, the new one tells the tale of a group of high school ninjas defending their island from invaders. The animation is a gorgeous rendering of the Lego blocks that we’ve all grown up playing with and provides a lot of the humour. The great Jackie Chan provides the voice of a wise old master who mentors the group. Should be fun.

Director Darren Aronofsky made one of my favourite films of the last ten years in Black Swan and returns after the middling, batshit biblical epic, Noah, with Mother!. Jennifer Lawrence is a perfect lead for Aronofsky’s trademark brand of psychological collapse and paranoia. JLaw is joined by a stellar cast with Javier Bardem, Michelle Pfeiffer and Ed Harris – whose inclusion always brings something sinister. The fear of unwanted house guests is the centre of the psychological apparatus that starts to crumble and the film looks unnervingly claustrophobic and damp. Try it if you’re looking for something a little different. Mother! is released on the 29th.

Coming to Madrid’s screen on the same day as Mother! is the sequel to former Vice President Al Gore’s environmentalist documentary An Inconvenient Truth. Gore spent years researching this and has amassed a collection of poignant images and interviews that provide a window into the problems we face in a world with a rapidly changing climate. The science is grim and those already affected are a warning to us all for our future. The recalcitrant politicians, the deniers and the angry public all have their say in this film as Al Gore tries to bang the drum for some collective action by using his political muscle. An Inconvenient Sequel: Truth to Power is a must-see addendum to the original Oscar-winner from 2006.

Kicking off October, on the 6th, is a movie laden with expectations and the promise of a return to a beautiful, familiar, paranoid world of a wet dystopian future. Blade Runner 2049 takes us to the neon cityscapes of its titular year and finds Ryan Gosling’s ‘Officer K’ on the trail of original Blade Runner: Harrison Ford’s Deckard – from the Ridley Scott directed 1982 film. With AI featuring prominently in the public consciousness and some of the themes and tech of the earlier film being within the realms of today’s possibility, this film feels particularly germane in 2017. Jared Leto, as ever, commits to a scene-stealing supporting role. 2049 is directed by Denis Villeneuve, who with Sicario, Arrival and Prisoners has made some of my favourite films of the last few years. The ingredients look to make this new one a must-see.

Horror fans, me included, whose tummies might still be rumbling with an insatiable appetite for yet more horror after the killer clown turmoil of IT, may find much to terrify them in the possessed-doll-dread of Annabelle: Creation. Initially a peripheral tale in the first Conjuring movie, Annabelle has come out of the cupboard and in this film we go back to the fifties to learn the origins of the doll. Annabelle terrorises a bunch of kids and all kinds of supernatural shenanigans and jump scares will leave you struggling to keep hold of your popcorn. See it from the 12th in Madrid.
The same weekend another symbol of childhood innocence is given a sinister makeover when The Snowman hits our screens (13th). Based on the novel of the same name, Michael Fassbender stars and Tomas Alfredson (Let the Right One in, Tinker, Tailor, Soldier, Spy) directs in the tale of a killer who leaves a Snowman as a calling card for his kills. Fassbender brings desperation and a tenacious grit to his detective Harry Hole – who really should do his coat up in all that snow. He is surrounded by a brilliant cast – with Rebecca Ferguson, Toby Jones, Val Kilmer, Chloë Sevigny and JK Simmons. Alfredson, as director has an impressive track record so far and I see this as one of the highlights of the next few months. See it.

No Pick of the Flicks would be entirely settled without a visit from a superhero intent on assaulting our eardrums and throwing colour all over our giddy cinema screens. Well, on the 27th of October we have Thor: Ragnarok. This film takes place on Thor’s home planet Asgärd with Thor having to defend his land from the goddess of death, Hela – played by the always wonderful Cate Blanchett. In doing so he recruits Hulk and his locked-up brother, Loki. Alliances fade and switch and the battles between sides and within sides look awesome. In casting, marvel may has outdone itself. Along with surname only stars Blanchett, Ruffalo, Hemsworth and Hiddleston we have a cameo buffet with Cumberbatch, Elba, Goldblum and loads of others popping up. The tone, as with many recent Marvel films, is light and in this movie the humour seems front and centre, with Thor, often the serious Avenger, lightening up a little. It looks like a blast.

Whatever you go for, have fun and I look forward to telling you about November’s movies. Enjoy!