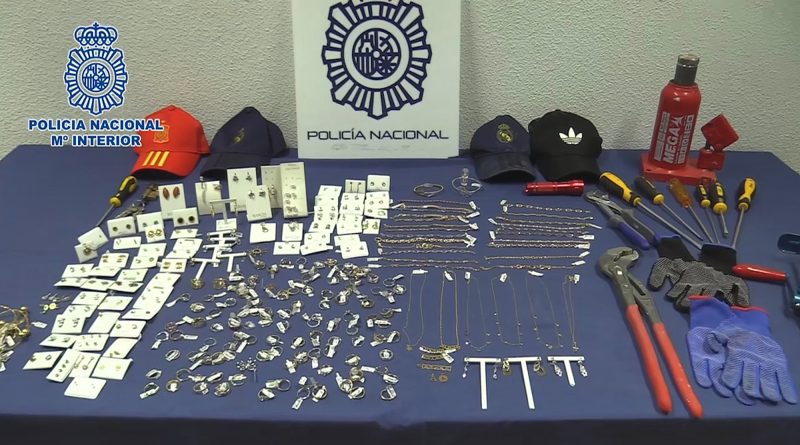 Madrid police have dismantled a criminal group found to have stolen 700,000 Euros worth of jewellery by drilling small holes through connecting buildings to gain access into shops.

National Police officers arrested five male suspects aged between 26 and 38, according to a police report released on 25th January.

Police started their investigations after a break-in at a jewellery shop in the municipality of Fuenlabrada in the south of Madrid where jewellery worth around EUR 200,000  was stolen in August last year.

Three further robberies occurred in shops in the Madrid municipalities of Torrejon de Ardoz and Getafe in the following days, leading police to believe that the thefts were being carried out by the same group.

A breakthrough in the case came when the National Police managed to arrest four suspects while they were trying to flee a store in Alcobendas in Madrid with around EUR 50,000-worth  of jewellery in December 2020.

The police found that the suspects sold the goods at local pawn shops which they raided and said they made EUR 700,000  with all of their alleged break-ins.

The video shows the large amount of jewellery that was seized from the different pawn shops before the suspects are seen being taken into custody.

The authorities said they found cash, numerous valuables, luxury cars, tools used for the break-ins, along with clothes the men used in the burglaries.

They are suspected of carrying out six robberies, five in the autonomous community of Madrid and one in the city of A Coruna in Galicia.

All men were charged for the six burglaries and for belonging to a criminal organisation before they were placed in prison. It is unclear if they have been given a trial date.