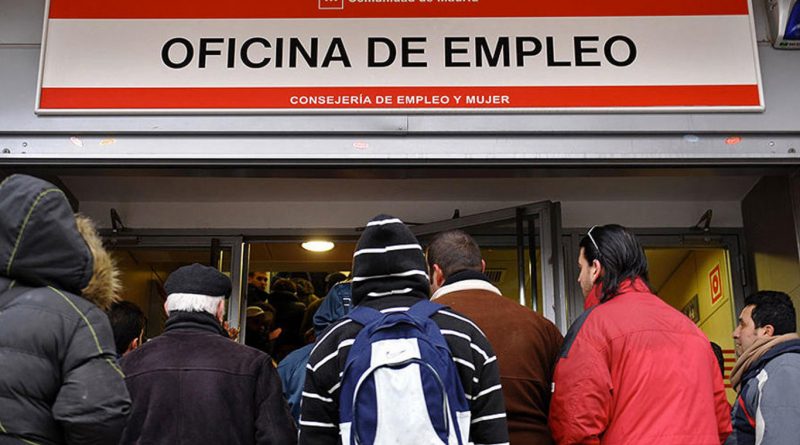 Figures released by the National Institute for Statistics (INE) for the quarterly workforce survey (EPA) show the Spanish economy shedding  622,600 jobs in 2020 due to the economic fallout from the coronavirus pandemic.

Spain´s official jobless rate reached 16.1% of the workforce – a total of 3.71 million people.

The Spanish economy contracted by 11.2% with key sectors such as tourism and transportation devasted by the pandemic and subsequent lockdown and freeze on international travel.

The figures for the Madrid region are marginally better with a jobless rate of 14% of the population.

The national figures also show that the number of furloughed workers on the government´s ERTE scheme dropped from 3.4 million in the second quarter of 2020 to 520,000 reflecting the increase in companies that are now closing as opposed to suspending business activity.

However, there was some good news; at the end of the year the number of people registered as employed rose by 167,000 in the fourth quarter to show a total employed workforce of 19,344,300.

According to the EPA survey almost 10% of employees worked from their own home more than half of the week which was double the number the year before.

Despite an expected rebound in the economy for 2021 of between 5 and 7% the job market is likely to remain bleak until 2023 due to the rigid labour laws.