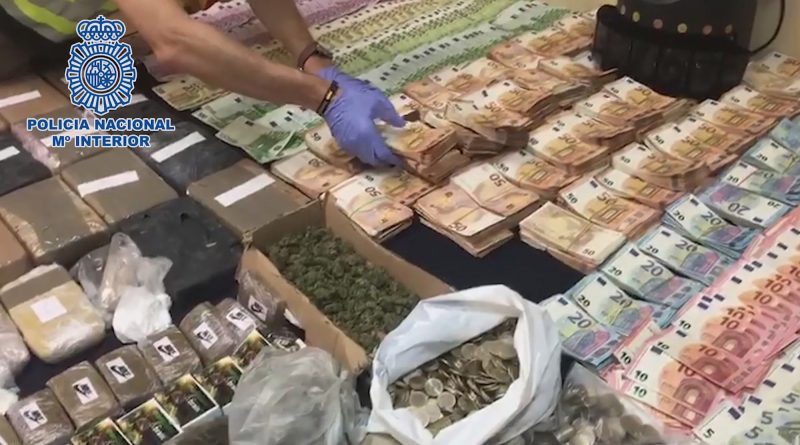 Madrid police have raided a “supermarket” for drugs which had been sending out flyers and advertising to its clients and produced advertising material with prices including regular discounts and weekly special offers.

The sophisticated sales operation was cracked with several arrests after police raided its headquarters and seize narcotics and nearly 600,000 EUR in cash.

The raid took place in Canada Real Galiana on the outskirts of the Spanish capital Madrid on 5th October.

Five similar raids were also carried out in properties in different parts of the Community of Madrid and Castile-La Mancha.

The criminal organisation is suspected of controlling the drug trade in Canada Real Galiana and of turning a local building into the ‘drugs supermarket’ complete with signs, menus and special offers.

The investigation started in February when officers were alerted to the alleged drugs supermarket. The criminal enterprise operated 24 hours a day.

During surveillance, officers noticed that they used watchmen to monitor the streets. Other suspects operated as the point of contact for clients while colleagues allegedly bagged drugs in a secured room.

During the raid, the police found that the drugs supermarket had sophisticated security equipment such as CCTV cameras and armoured doors.

Officers who carried out the raid stopped several suspects attempting to set fire to the room to destroy the evidence, and as a result, most of it was recovered.

A hydraulic press, vacuum packaging machine, jewellery, luxury watches, and 11 vehicles, some of them high-end, were also seized.

In total, 12 men and two women were arrested for holding different positions in the suspected organisation.

After being placed at the disposal of the judicial authority, six suspects have been sent to a preventative prison, according to a police press statement obtained by Newsflash.