QUARANTINE IN CHILDREN, WHAT CAN WE ALL DO TO MITIGATE THE IMPACT IN THE SMALL ONES.

SINEWS is a Mental Health Private Practice based in Madrid working since 2008 for the expat community. At this time they are fully operative through their online platform: www.sinews-online.com

According to the biopsychosocial model, humans’ beings are integrated by three main aspects biological (genetics), psychological (thoughts and emotions) and social (social context). Optimal development of the human being must contemplate their biological potential, adding the psychological aspects that define it, and integrating it in a social context where they can explore their potential until it is fully developed.

The social context is crucial to foresee the individual as an independent entity. From the first interactions with primary care-givers, human beings explored his social context and integrated it as a fundamental part of his being. These social interactions then expand first to their nearby family, and then to their interaction with peers until they form a proper social network. 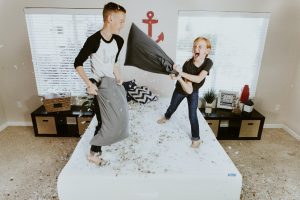 School settings allowed the interaction with peers, in a routine, regular, and safely context, which let them explore their world based on such interaction.

Given the current situation: What happens when children are forced to be socially isolated?

Due to the mitigating circumstances that accompany us at the moment because of the presence of the coronavirus (COVID-19), individuals have been forced to renounce the social part of their being, generating an imposed social isolation. They have not only been forced to isolate themselves socially but to stay locked up at home without being able to go out except to go shopping or take the dog for a walk. Likewise, their freedom has been restricted to the length of their houses, which have become offices, playgrounds, schools, gyms, spas, among many other things …

Although we continue with our usual work from home, there is an imminent loss of the usual routine, fresh air, and daily movement. The necessity to go from one place to another; take the children to and from school, or to go to their jobs; has been eliminated, limiting their current field of action. Besides, everyone has to comply with their work schedule and other house activities, in the same physical space, adapting themselves day by day to new forming circumstances.

Another fundamental consequence is the forced distancing of our loved ones. People has lost the physical contact as the principal source of vital affection, essential for human beings. 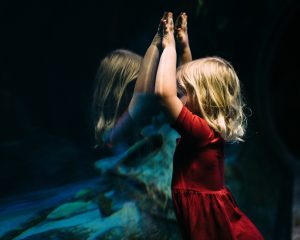 How can parents support children in this vital moment? How can we mitigate these effects?

Managing this situation in the best possible way implies knowing the psychological impact that affects parents, in order to empathize with the emotions and the impact that these has on the little ones.

Parents should set an example for their children, adapting the information they share with them to their age; taking each day at a time talking honestly about the changes produced by their current situation.

Emotions like “exhaustion, detachment and anxiety” are natural and expected in the present context. As a consequence, feelings of irritability, apathy and nervousness in young children could arise, triggering behaviours such as insomnia, poor concentration, lack of academic performance, rejection to tasks that require cognitive effort, among other.

Parents should accept those emotions and let their children express their thoughts and feelings to help them cope with this situation. Parents must recognize these emotions in children, help them put it into words and calm their fears or concerns with accurate and precise information adapted to their age. Through the recognition of their own emotions, parents can share those feeling with their children, making them feel understood and supported.

Some positive recommendations to follow with children would be:

– Take advantage of one of their most potent tools their imagination, which stands out above us. Their imagination allows them to create, invent new games, have fun initiatives, applying their own “magical solution”. With this, they found a hopeful perspective for the outcome of the current circumstances. 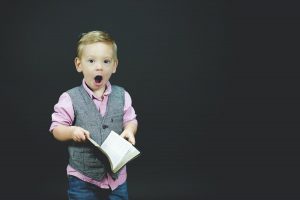 – Another enhancing ingredient is to use humour and laughter. Sharing good moments with them helps to activate feelings of well-being and pleasure, very much necessary at the present moment.

– Introduce and involve them in the chores at home, especially those that involve movement, stimulating their “self-concept”. Let them find the ability to feel useful with their effort and work, as well as a fundamental part of their family. If teamwork is stimulated, the benefits could be tremendous.

– Encourage interaction through creative activities, physical exercise, playing instruments or painting. Use actions that maintain a balance between their mental and physical health. For this matter,  new technologies could help them share their activities and keep in touch with classmates and extended family. Not losing contact with all their love ones, even though they have to do it through the screen.

– Resilience has led us to find initiatives to alleviate, not only social isolation but also the lack of clean air. Sharing balconies with neighbours has been one of the main initiatives to help people cope with social isolation.  Through songs, applause and drawings, everyone has been able to participate in social interactions hoping for a speedy recovery, and an early return to their routines. Also, challenges have been created to share on social media, trying to generate positive social interactions with our loved ones and friends.

This particular circumstance has changed lives in multiple ways, learning to appreciate aspects and details taken for granted in the past, which has brought out the best in every person. Such circumstances would allow people to emerge stronger, not only at an individual level but as a society in general, setting a former precedent for future generations.

SINEWS is a Mental Health Private Practice based in Madrid working since 2008 for the expat community. At this time they are fully operative through their online platform: www.sinews-online.com 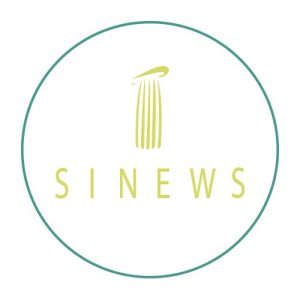