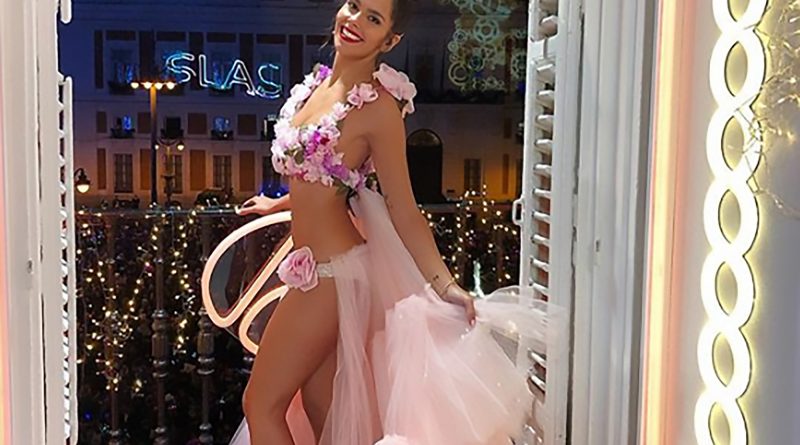 The 30-year-old belter, who made the headlines last year when she appeared
in a transparent wedding jumpsuit that featured clusters of Swarovski
crystals covering up her private parts, shared several images for her 2.1
million Instagram followers. 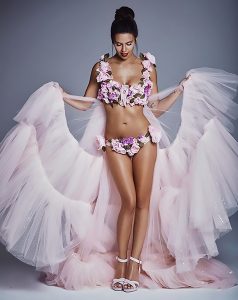 In one image, the Spanish model is seen wearing a full-length pink and black
cloak with a decorative rose on the collar which is covering her angel
outfit.A follow-up photo shows Pedroche in a floral bikini with angel-like wings
flowing behind her.

Pedroche was presenting a live special from the Spanish capital Madrid when
she suddenly whipped off the long pink cloak to reveal the skimpy angel
outfit.

The 30-year-old said that she felt like a “forest fairy” while wearing the
revealing getup and said that she could not stop playing with the wings that
wrapped around her bottom half like a skirt. 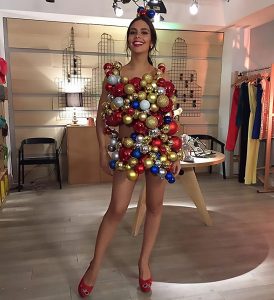 The model also reposted a photo of the controversial transparent jumpsuit
that made the headlines in January last year alongside an image of her
celebrity chef husband wearing it.

In the picture, TV chef David Munoz is seen standing in high heels while
donning his wife’s revealing wedding jumpsuit with Swarovski crystals
covering up his nether regions.

He pouts for the camera while posing with one hand on his waist.