Freelance workers and the Gig economy

In a Gig economy, companies make more use of free-lancers and less of full-time employees, which has big implications for society. In all probability it will be a growing trend everywhere. In Spain, as elsewhere, the rules don’t always favour it.
Life’s not easy for Spanish free-lancers. Imagine you are starting out as a translator, for example. Before you invoice your first customer, you need to register as an autonomous worker and pay social security contributions. That means €275 a month for those that don’t qualify for rebates (new workers pay a flat rate of €50 for the first year). Even if you only manage a few days paid work in a month, you still have to contribute for the full month.
Over the last couple of years several start-ups have sprung up to make life a little easier. Set up as cooperatives, free-lancers join as members. The cooperative invoices customers on your behalf and signs you on and off the Social Security register just for the days that each job lasts (companies aren’t subject to the one-month minimum and can pay contributions for the days worked).
The largest of these, Valencia based Factoo, makes no secret of what it offers: “Invoice your customers without registering as self-employed” said the adverts plastered all over bus stops in Madrid a few months ago.
That raised alarm bells in the Government, which wants freelancers registered and paying up. If the Ministry of Employment has its way, the game may be over. It claims that Factoo and similar organisations are not real cooperatives and that their members should be signed up as autonomous workers. The work Inspectors are claiming the Social Security contributions they say are due. If Factoo loses its appeal, the decision will effectively mean its dissolution.

The role of freelancers in general is being put under the spotlight. Food delivery company Deliveroo faced a strike of their ‘riders’, and a union challenge on unfair working conditions. The Spanish work inspectorate agreed by ruling that the delivery force were ‘false freelancers’, hiding a real employer/employee relationship.

But big companies basing their business model on the use of freelancers is not new. German manufacturer Vorwerk has been doing it for years, selling their up-market Thermomix food-mixer exclusively through an army of freelance ‘presenters’. The association of autonomous workers UTAE claim that the company’s 7,800 salespeople in Spain – mostly women – are really employees, since they receive training, attend sales meetings, are given sales targets and are organized into teams.
So are these companies guilty of playing the system to pay less tax while depriving workers of their legitimate rights, or are they offering an attractive alternative opportunity to earn money which fits the new economy model?

It depends, is probably the answer. Clearly many Thermomix sellers are happy with the arrangements. Were Vorwerk required to put all the salesforce on the payroll, the thousands they have on the streets now would probably be reduced to no more than a couple of hundred full time jobs.
Deliveroo riders can choose when they work, which might suit many – students for example, who need to work around their classes and are after pocket money. But dropping off food to people’s homes is not a job which will allow workers to dream of buying their own apartment or raising a family.
Many current jobs will disappear because of technology. Flexible working arrangements involving free-lancers are certain to be part of the future economy, which isn’t all bad. Companies using freelancers can often deliver better and cheaper services to consumers. The Gig economy can offer workers an attractive lifestyle – they can often work from home, choose what they do and don’t have to put up with annoying bosses. Not all will be badly paid.
It’s not easy for Governments to keep up with a fast-changing society. Spain’s politicians show little sign of being even aware of the wider debate. The question is how to allow the flexibility that suits some workers while avoiding an economy with hordes of low-paid workers.
While Spain’s Government is more worried about plugging gaps in its tax revenues than encouraging companies to take on employees – by reducing the costs of employment, for example – Spain is unlikely to be at the forefront of adapting to the new economy. 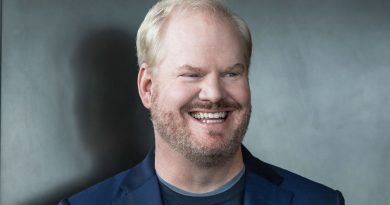 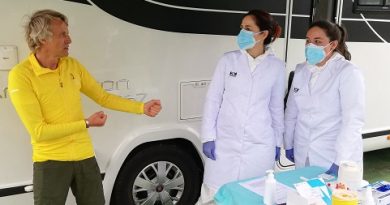