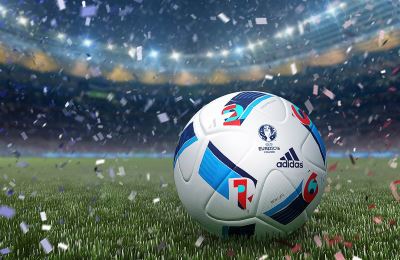 The final league derby between the two Madrid giants at Atlético´s Vicente Calderón Stadium did not go as planned for the home side as they were convincingly beaten 3-0.  It was undoubtedly the performance of the season so far from Real Madrid talisman Cristiano Ronaldo, as time and time again he tormented the Atlético defence.  A deflected free-kick that caught Atlético keeper Jan Oblak out of position provided Ronaldo’s first goal, and his second came from the penalty spot after a clumsy challenge on him by Stefan Savic. His third, added in the 77th minute, followed a swift counterattack and cross from Welshman Gareth Bale.  It was the first league victory for Real against Atlético since April 2013.

Ronaldo’s performance delighted Real fans and his hat-trick saw him surpass the Madrid derbies goalscoring record of Real legend Alfredo Di Stefano by one goal, bringing his derby total to seventeen.  The excellent showing comes after Ronaldo´s recent signing of a new contract, which will see him remain at the Bernabéu until June 2021.  He also recently claimed that he could continue to play at his extraordinarily high level until he was 40 years old.  At the moment it seems difficult to argue with him, and fans around LaLiga, whether they love him or hate him, will have to live with him for a good while yet.

The result leaves Real Madrid at the top of LaLiga with 30 points, four points clear of great rivals Barcelona who, ahead of the December Clásico between the two sides, slipped up by drawing 0-0 against Málaga.  Real´s focus will now turn the Club World Cup in mid-December in Japan as they bid to become the Club World Champions for the second time in their history.  Meanwhile, Atlético fall to 5th place, 9 points behind their city rivals and will look to regroup before the LaLiga Christmas break from 18 December to 8 January.  It is already an uphill struggle for Atleti to climb and win the league this season and perhaps their focus will turn to the Copa del Rey or to their elusive first Champions League title, having begun their European campaign with a perfect four wins from four games.

In contrast to the two Madrid giants, the other Madrid side, Leganés have had a poor month losing four consecutive games, including a 3-0 defeat in their first ever match at the Santiago Bernabéu.  Leganés will need an improved performance during the next month to really kick-start their survival campaign.

England and Spain provided an additional footballing spectacle this month as they played out an entertaining 2-2 draw at Wembley Stadium.  England had been leading 2-0 thanks to goals from Adam Lallana and Jamie Vardy until the team imploded in the 89th minute in a manner that has become all too common to England fans.  First Iago Aspas struck with a superbly taken goal, and to the delight of the Spanish fans Real Madrid’s Isco then equalised in the 95th minute with virtually the last kick of the game. Both teams are continuing to rebuild after their poor European Championship campaigns and after this game it was clear that both sides still have much to improve.

Real Madrid and Barcelona met in the Basketball EuroLeague. Real Madrid manhandled their rivals in Barcelona. Led by 20 points from Sergio Llull and 19 points from Jaycee Carrol, Real Madrid pulverised Barcelona 102-63 to avenge a Spanish league defeat to their opponents earlier in the month. Real Madrid remain in second position with a 6-2 record on the season and will be looking ahead to a massive game against the reigning EuroLeague Champions and current standing leaders, CSKA Moscow on 6th January as they continue their bid to regain the EuroLeague Championship they last won in 2015.

Running as fast as a Harrier, downing like a jet…

Known as the “drinking club with a running problem”, if you can run, stagger, walk or crawl, then the Madrid House Hash Harriers invites you to join their international group of men and women of all ages to partake in a little exercise and quench your subsequent thirst with the amber nectar.
Join the fun every week every Sunday and every first and third Friday of the month.  Don’t forget your running shoes!
More information at www.madridhhh.com