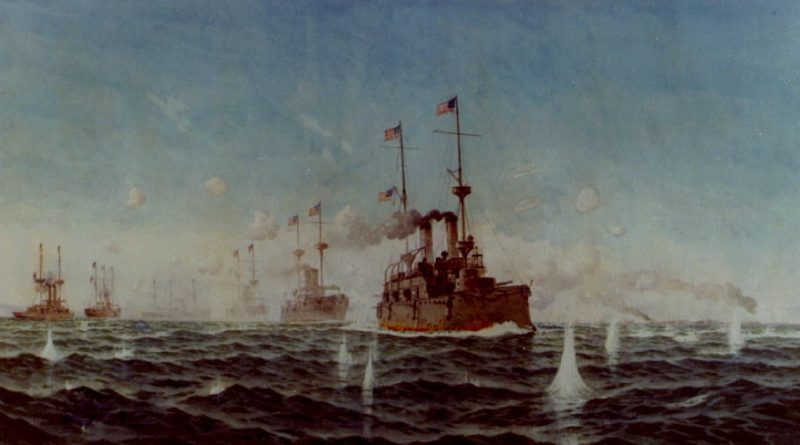 May 1, 2018 passed without much fanfare in Spain. Yet to those who remembered, this date marked the 120th anniversary of the naval loss at the Battle of Manila Bay (Batalla de Cavite), during the Spanish American War. The War also became the turning point of the independence movements of her former colonies like Cuba and the Philippines, and launched a movement of disgruntled Spanish writers, poets, artists, and intellectuals called the Generation of ’98.

Then American commodore (and subsequently Admiral) George Dewey famously uttered “You may fire when you are ready, Gridley” and ushered America’s debut of her imperialist hopes and dreams with the sinking of Spanish naval commander Almirante Patricio Montojo’s fleet at Manila Bay. Driven by expansionists like then Assistant Navy Secretary Teddy Roosevelt and Captain Alfred Mahan, America’s victory at Manila Bay would fuel her Asian presence that brought it through World War II, Korea, Vietnam, and still continues to this present day with its tensions in the South China Sea.

Believe it or not there are many key learnings that can be derived from this 120 year old event that can serve as guidance for how men in combat should behave.

Almirante Montojo, knowing well in advance that his leaking wooden ships were no match for America’s steam warships, chose to locate his ships and make his last stand at the relatively shallow shoals of Cavite province, near the south side of Manila Bay. There was a military disadvantage to this decision. By locating far from the Spanish forts of Manila a few miles north, he did not have the advantage of additional support fire from their guns, which could have helped him slightly.

But Montojo was also guided by humanitarian concerns. If he had located his ships near their Manila forts, he would have risked Dewey’s cannon fire into the city populace. He also chose not to locate there and at another deep water port, Subic, because his men would have drowned had their ships been sunk. Contrast that with how easily terrorists justify the killing of unarmed civilians, even women and children, in the context of a so-called higher cause.

Because of his loss and his agreement to raise the white flag at Cavite arsenal, Montojo was court martialed a few months later in Madrid for dereliction of duty. Again, Montojo erred on the side of what would save his men after he realized that further bloodshed beyond his 381 dead was already uncalled for. If he had not raised the white flag after most of his ships had been sunk, the American ship the Petrel, would have fired and caused a further massive loss of life.

Dewey to his credit, was also a gentleman warrior and magnanimous in victory. When asked by Montojo if he could give testimony in a court martial to his bravery in combat, he agreed. Dewey praised Montojo in a letter which helped secure a not guilty verdict.

Defeat is never an easy thing for any country to accept, even in the past. But heroism and valor in combat sometimes have nothing to do with the big picture outcome, but something to do with the behavior of men on the ground, while under fire. Perhaps after 120 years, it is but fitting to remember May 1 and these men (whether Spanish, American, Filipino, or Cuban) and how they behaved during that now forgotten era, especially since so many combatants these days just kill unarmed civilians or waste their troops lives under the pretext of their so-called higher causes.

In 1998, on the 100th anniversary of Philippine independence and the Battle of Manila Bay, both King Juan Carlos of Spain and Philippine President Fidel Ramos laid a wreath off the waters of Cavite in honor of the men who died there. It is the friendship that ultimately resulted between these countries that makes this former battle all the more meaningful.

Dennis Posadas is a Manila-based author and columnist who has written a stage play and screenplay about the court martial of Almirante Patricio Montojo. 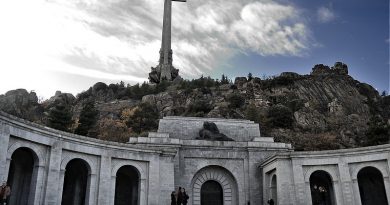 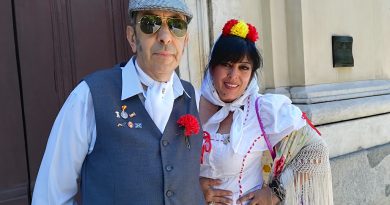