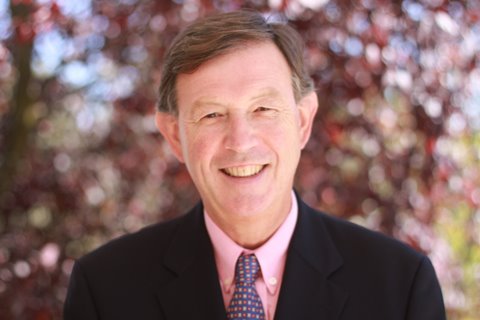 John Scott has occupied many senior positions at KPMG, most recently serving as Global Deputy Chairman of KPMG International until stepping down in December 2016. Throughout that time he has worked to promote the UK and foster our bilateral relationship with Spain. In 2006, John became the first external non-executive member of the British Embassy Madrid Board and in 2016 joined the Embassy Prosperity Board. He is spokesperson for the Board of Friends of the Reina Sofia and was recently appointed as Chair of the British Benevolent Fund.

Stewart Cusden moved to Madrid in 1996 as country manager for Texaco before retiring in 2001. He became a volunteer with the British Benevolent Fund in 2007, becoming its Chairman in 2014. Under his Chairmanship he not only professionalised the organisation, but increased its profile and support; moving it from supporting UK nationals in Madrid only to those in need across Spain.

British Ambassador, Simon Manley said “It is extraordinary to see six British nationals awarded at the same time – a real testament to the depth and diversity of the UK-Spain relationship and to the contribution that so many British nationals make to their communities across Spain. John Scott has not only been one of the most significant senior business figures of his generation in Spain, but has used that acumen and expertise to facilitate the Embassy’s connections with Spanish companies. It has been a pleasure to work alongside, and indeed learn, from him.“Steward Cusden has radically transformed the British Benevolent Fund Madrid into a professionally run Spain-wide registered charity – increasing the volunteer base and quadrupling the number of beneficiaries in four years. Thanks to Stewart our Consulates have formed strong partnerships with BBF that have enabled us to significantly improve our support for UK nationals in need.”

John Scott said: “After more than 30 years in Spain, I feel incredibly proud to be considered to have contributed and hopefully to have helped to strengthen an ever more dynamic business relationship between the UK and Spain. I’m very grateful to my colleagues at KPMG and to those professionals with whom I have collaborated over the years at the UK Embassy for their support.”

Stewart Cusden said: “I feel very honoured that the work of the British Benevolent Fund (BBF) has been recognised in this way and that the award reflects a lot of hard work by all the volunteers in the BBF in supporting British people in need in Spain.”

The six UK nationals named in this year’s Queen’s Birthday Honours List are: