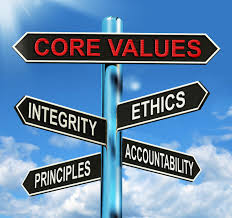 For the average investor, deciding where to invest can be a complicated business. There are many factors and questions to consider, such as risk and return, potential taxes, inflation, dividends, and diversification. Yet now there is a new investment arena becoming more and more popular adding a different question into the mix:

How do you feel about where your money is invested?

I say it’s a new investment arena, and to many people it is, but ethical investing has been around for centuries in one form or another. As early as the 1700s, the Religious Society of Friends, probably better known by the name “Quakers”, refused to participate or invest in the slave trade or invest in weapons of war. But it was during the 1980s that ethical or socially responsible investing (SRI) began to attract the interest of mainstream investors.

It was then that the question of whether the investment is in a company that helps to make the world a better place became more prominent and, to some, just as important as the stock price.

Socially responsible investing (SRI) is the act of choosing your investments on the basis of social good as well as looking for financial gain. The main points investors look for are known as ESG, which stands for Environment, Social Justice and Corporate Governance, and although most investors aren’t socially responsible investors yet, their ranks are growing. As at 27 September 2017, UK investors were estimated to have more than £19bn invested in green and ethical funds.

SRI is choosing investments that are in line with your own personal values. However, those values aren’t the same for all investors. There are many areas to consider, the most common being:

Cleaner Environment: “Green” investors prefer companies that don’t pollute the environment. Some refuse to invest in traditional “dirty” fossil fuels and lean towards companies specialising in renewable energy, while others look for companies that focus on reducing the carbon footprint of their products and services. Interestingly, some of the world’s largest oil companies are focusing more and more on green, clean distribution channels.

Social Justice: Some investors refuse to do business in countries with a record of human rights violations. Others look for companies that provide their workers with a fair working wage and appropriate working conditions.

Morality: Many socially responsible investors will attempt to avoid all “sin industries” such as alcohol, tobacco and gambling to name a few.

Traditionally, ethical investments have been seen as feel good investments and many investors are turned off by the idea of investing ethically because they believe that it may mean sacrificing returns. However, this isn’t necessarily the case.

While it is possible to invest directly into ethical companies, putting your money into individual shares is a comparatively risky strategy. Many investors prefer instead to opt for ethical mutual funds, which invest in a broad range of socially responsible companies.

Some of the funds will utilise a negative screening model, this means simply refusing to invest in companies, jurisdictions or asset classes that don’t meet the required standards. It’s a blanket decision to avoid them. For instance, many socially responsible mutual funds screen out tobacco companies. An alternative method is positive screening, which is actively choosing companies due to their responsible working conditions. An example of this would be to choose companies that have signed the CERES principles – https://www.ceres.org/about-us

So how do you get involved?

Putting your money into an SRI fund isn’t all that different from making any other investment. All you’re really doing is adding an extra step to the process. There are two areas to consider during the decision-making process.

What is your social goal? What is really important to you?

What is your financial goal? What do you expect to get out of it?

So, you need to decide what your social goals are, what your values are and what is important to you from an emotional perspective; then you need to add the second layer, which is your financial goal and explore whether it fits within your attitude to risk and whether the potential returns are acceptable to you. You may find that this limits what options are available to you, but there are some great funds out there that will diversify across multiple asset classes and jurisdictions whilst maintaining an ethical overview across the board.

Moving your money into socially responsible investments is a win-win for some investors. It lets you make the most of your money in two different ways. You have the potential to earn good returns, and at the same time promote values that are important to you. The only real downside is that it takes a bit more work to find the right investments to meet two sets of goals, social and financial, instead of just one.

Do you engage in socially responsible investing? Is this something that interests you?

To discuss how and where to get involved in ethical investments, get in touch on 639118185 or by email to chris.webb@spectrum-ifa.com

With Care, You Prosper

“The Spectrum IFA Group” is a registered trademark, exclusive rights to use in Spain granted to Baskerville Advisers S.L. CIF B-63/137.020