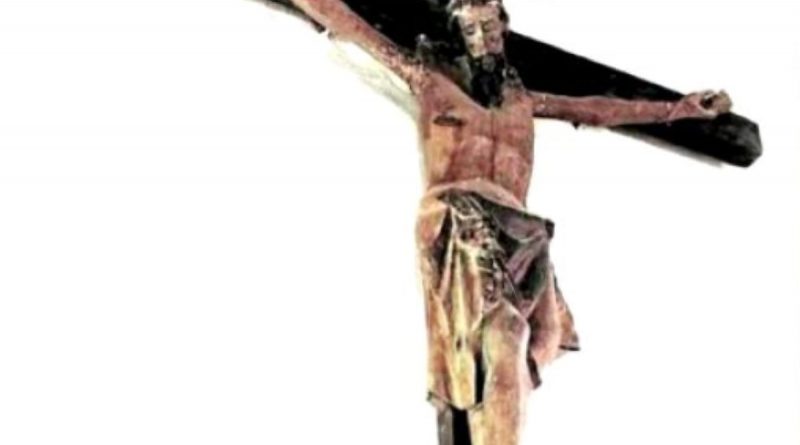 Restoration of a cross of the Cristo Doloroso (Sorrowful Christ) has sparked controversy but critics who say it was done in an amateur way and who compared it to the Ecce Homo painting scandal.

The restoration of the Sorrowful Christ Cross was done in the town of Garcibuey, in the province of Salamanca, part of the autonomous community of Castile-Leon located in Western Spain, and was made public this week.

Its new appearance was instantly disliked by many locals, who criticized the change that the image of Christ had undergone, claiming that the colour is completely different and that the torso has changed.

In this particular case, the City Council, which paid for some of the cost has defended the renovations which they described as ‘very professional’.

But locals in Garcibuey look sceptically at their Sorrowful Christ, and it has been painful for a few to see how the original work that dates from the fourteenth century has changed.

The mayor of Garcibuey, Jose Miguel Mata, branded criticism ‘fake news’ and revealed he is “even considering taking this matter to court because it is being said that they have robbed us and that is not true”.

He added: “It has changed for the better, the eyebrows have recovered and he has returned to how Christ was. They have done a great job and both the parish priest and I are very satisfied. Photos have been taken from angles that do not do justice to the work and they (the fake news creators) are the ones that have been disseminating these on the internet.”

Despite the mayor’s defence of the restoration, the controversy is being compared to the Ecce Homo painted by Elias Garcia Martinez, depicting Jesus crowned with thorns.

It was given a facelift that bore no comparison with the original by octogenarian Cecilia Gimenez, an untrained amateur, in 2012.

Many people said that the new version looks more like a monkey than Christ.

There is also a similar case of a 16th century sculpture of Saint George in Spain whose amateur restoration left it looking like a cartoon character.